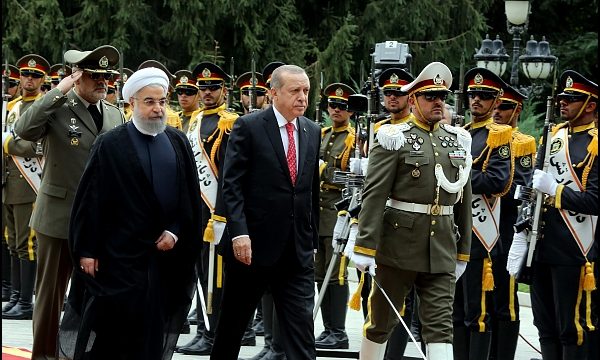 Reuters – Turkish President Tayyip Erdogan arrived in Tehran on Wednesday to discuss a possible joint response against a Kurdish vote in favour of secession in Iraq, a result with both Turkey and Iran fiercely oppose.

Fearing Kurdish separatism within their own borders, Iran and Turkey have threatened to join Baghdad in imposing economic sanctions on Iraqi Kurdistan and launched joint military exercises with Iraqi troops at their borders with the region.

“During the visit, expansion of economic and trade ties will be discussed. Regional issues, including Syria, Iraq and the referendum in Iraq’s Kurdistan will be discussed as well,” Iranian State TV reported.

Iraq’s autonomous Kurdistan region announced on Tuesday it was calling presidential and parliamentary elections for Nov. 1. Baghdad has responded with further punitive measures, having already slapped sanctions on Kurdish banks and halting foreign currency transfers to the Kurdish region.

Iraq’s central government, its neighbours and Western powers fear the vote in favour of secession could spark another, wider conflict in the region to add to the war in Syria, and fear it could derail the fight against Islamic State.

The Kurds are the region’s fourth largest ethnic group, spread across Iran, Turkey, Syria and Iraq, all of which oppose any moves towards sovereignty.

In Turkey, a 30-year insurgency waged by Kurdistan’s Workers’ Party (PKK) militants has recently flared up since a ceasefire broke down almost two years ago.