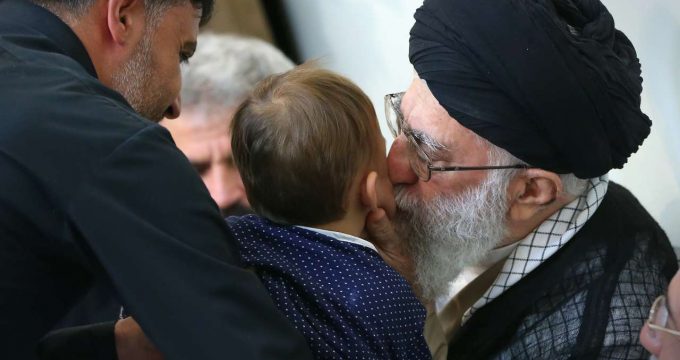 MNA – The Leader of Islamic Revolution said God almighty glorified and endeared Iran through the iconic martyrdom of Mohsen Hojaji who is now a symbol of courage for revolutionary young generation.

Iran’s Leader Ayatollah Khamenei made the remarks in a meeting with the family of iconic Martyr Mohsen Hojaji who gave his life in the fight against terrorism.

He also pointed to the magnificent funeral procession of Hjaji, saying thousands of people from all walks of life, including high-ranking officials, bid farewell to the 25-year-old military advisor on Wednesdy, indicating that people’s hearts are captivated by his innocence, bravery and spirit.

Mohsen Hojaji, an Islamic Revolutionary Guard Corps (IRGC) soldier dispatched to Syria as part of an advisory support team, was reportedly taken hostage by ISIL near Syria’s border with Iraq on August 7 and was beheaded two days later. The video of his capture shared by ISIL went viral on the internet, prompting many Iranian officials to voice stronger resolve for eradicating ISIL terrorists from the region.