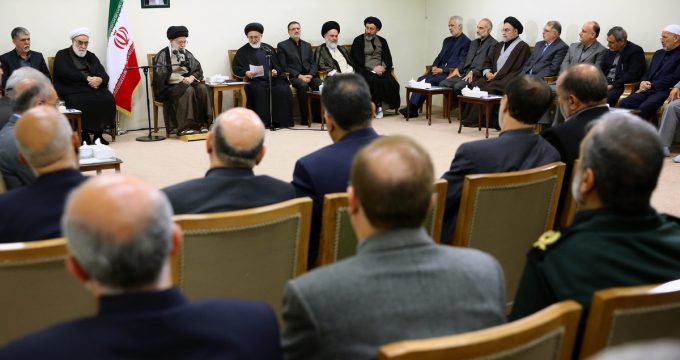 Speaking during a meeting with Iranian officials in charge of the 2017 Hajj in Tehran on Tuesday, Ayatollah Khamenei said that there was a very dangerous, active, and well-equipped anti-Iran front.

“The Islamic establishment has enough capacity and capability to stand against and counter this front, and the Hajj opportunity is the best advertisement platform to establish contact with the world’s people and neutralize the other side’s propaganda,” the Leader said.

Ayatollah Khamenei touched on the Riyadh regime’s initiatives to cancel or undermine Iranian ceremonies on the sidelines of the Hajj and said, “Today, in the Muslim world, there are numerous intellectuals who want to hear the truth from the Islamic Republic.”

Thus, he said, those in charge of the Hajj should speak to the audience, with “an effective literature, good tone, and deep reasoning,” about such important issues as “fighting arrogance, exposing the nature of the West, and distancing oneself away from the enemies of Islam.”

With the extent of negative propaganda against Iran, the existence of ambiguities in the minds of ordinary people is “natural,” Ayatollah Khamenei noted, adding, however, that authorities had to remove those ambiguities by establishing contact with people.