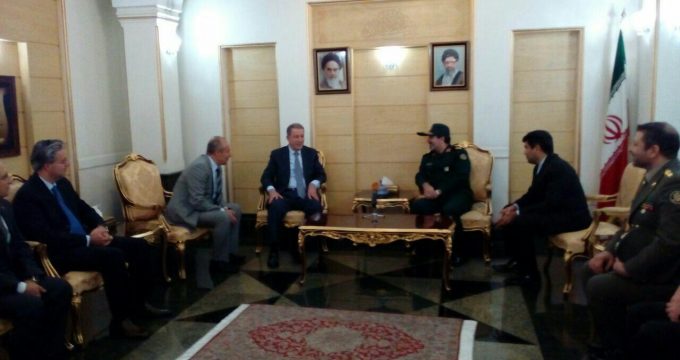 Upon arrival in Tehran Mehrabad Airport, General Akar and his entourage were welcomed by deputy commander of General Staff of Iranian Armed Forces for international affairs General Qadiri.

The Turkish commander’s visit comes in response to an August visit to Turkey by Chief of Staff of the Iranian Armed Forces Major General Mohammad Baqeri.

The Turkish commander is scheduled to hold talks with the Iranian officials during his stay in Tehran.

Turkish military delegation is also slated to pursue the agreements signed in Ankara earlier during Iranian team’s visit to Ankara.