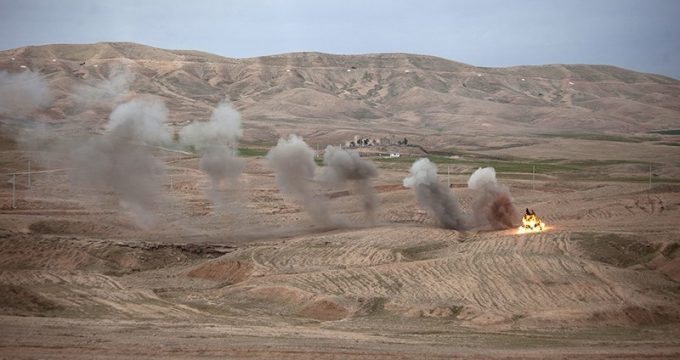 Tasnim – The third stage of military exercises of the Iranian Army started on Monday near the western common borders between the Islamic Republic of Iran and Iraq.

The war game code-named “Heidar-e-Karrar” involves various units of the Iranian Army, including the Rapid Reaction Unit, the Artillery Unit, and the Drone Unit.

The third stage of the military drills, during which the army plans to showcase its mobility and offensive power, are underway near the Parviz Khan border in western Iran.

Some forces of the Iraqi army are also present in the area and participate in the war game alongside with the Iranian troops.

The dispatch of missiles coincided with the military drills that the Army and the Islamic Revolution Guards Corps (IRGC) have staged along the country’s western border areas.

The Army’s Heidar-e-Karrar war game had kicked off along Iran’s western border areas on last Sunday.

The IRGC has also staged another drill in the western provinces. Commanders say the Muharram war game signals the message of peace and security to the friends and reminds the enemies that the country’s borders will be powerfully protected against hostile moves.