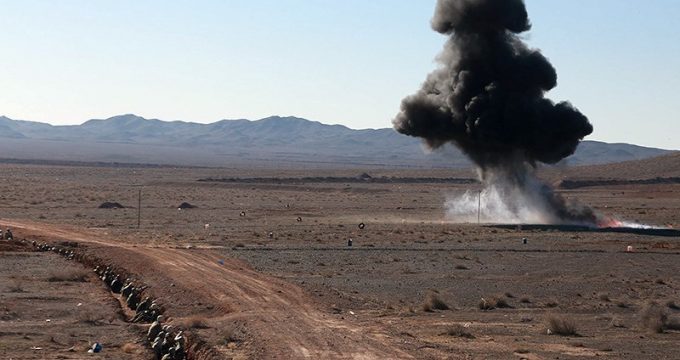 Tasnim– Iranian and Iraqi forces staged a joint military drill at the common border on Monday.

Armored units, the artillery, drone squad, and airborne division from the Iranian Army Ground Force have taken part in the exercise.

According to Commander of the Army Ground Force Brigadier General Kiomars Heidari, the war game is aimed at evaluating the mobility and preparedness of the Iranian soldiers.

The dispatch of missiles coincided with the military drills that the Army and the Islamic Revolution Guards Corps (IRGC) staged along the country’s western border areas.