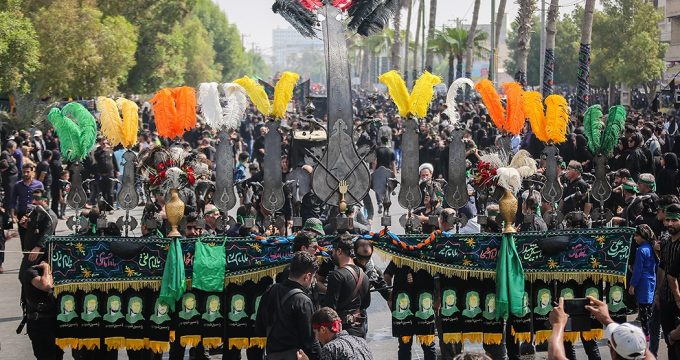 Press TV – In their millions, Muslims have started staging passionate mourning ceremonies in commemoration of the day in history that witnessed the martyrdom of the icon of sacrifice to the faithful.

The occasion, known as Ashura, marks the martyrdom of Imam Hussein (AS) and 72 of his companions in what is known today as Iraq in 680 AD, after they refused to pledge allegiance to the tyrant Yazid.

Ashura is the culmination of a 10-day annual mourning period in the lunar month of Muharram for the third Imam of Shia Muslims, who was a grandson of Prophet Muhammad (Peace be upon Him).

On Saturday, huge masses in Iran and other countries such as Pakistan and Yemen held mourning rituals on the ninth day of Muharram to mark what is known as Tasu’a.

In Iran, devotees in cities, towns and villages across the country listened to elegies recounting the indescribably tragic events in the Battle of Karbala in which Imam Hussein (AS) and some members of his family and his companions were brutally massacred.

The Battle of Karbala between a small group of supporters and relatives of Imam Hussein (AS) and a larger military detachment from the forces of the Umayyad caliph represents the war as one between good and evil.

The rituals are observed in ultimate magnificence in the holy cities of Najaf and Karbala in Iraq, the latter of which hosts Imam Hussein (AS)’s holy shrine.