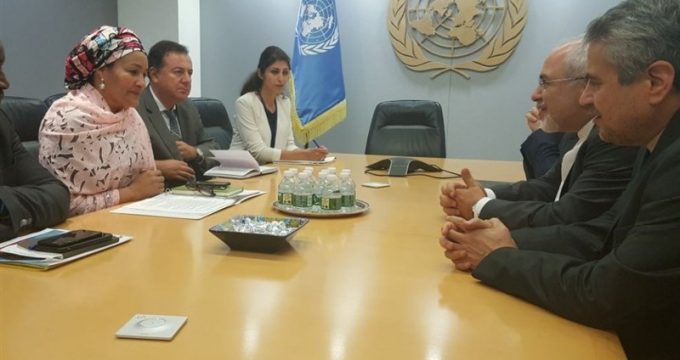 Tasnim – Iranian Foreign Minister Mohammad Javad Zarif, who is in the US city of New York, held talks with top officials at the United Nations on a host of issues, ranging from the latest developments in the Middle East and the world to environmental issues.

In his meeting with UN Deputy Secretary-General Amina Mohammed in New York on Thursday, Zarif discussed various topics, including humanitarian and environmental issues, terrorism and reforms in the structure of the UN.

In a separate meeting also on Thursday, the Iranian top diplomat and the president of the 72nd session of the United Nations General Assembly, Miroslav Lajcak, exchanged views about diverse issues, including the 2015 nuclear deal between Tehran and six world powers, also known as the Joint Comprehensive Plan of Action (JCPOA). 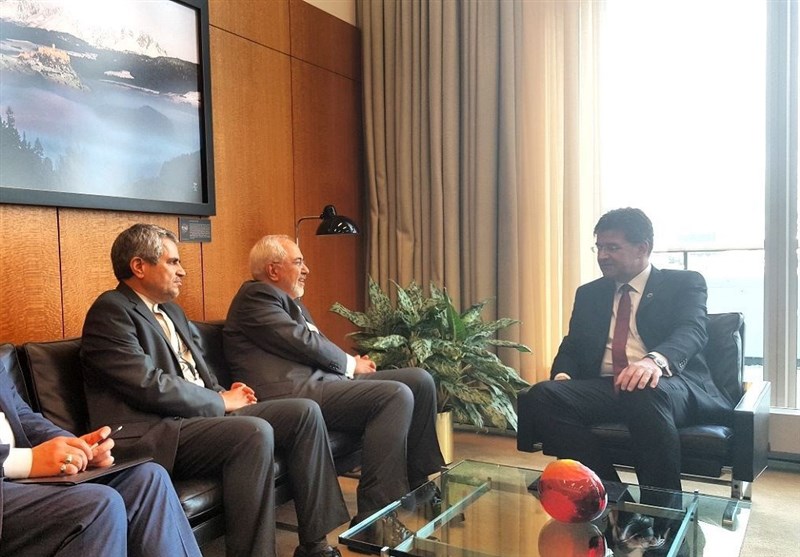 Iran and the Group 5+1 (Russia, China, the US, Britain, France and Germany) reached the 159-page nuclear agreement in July 2015 and implemented it in January 2016.