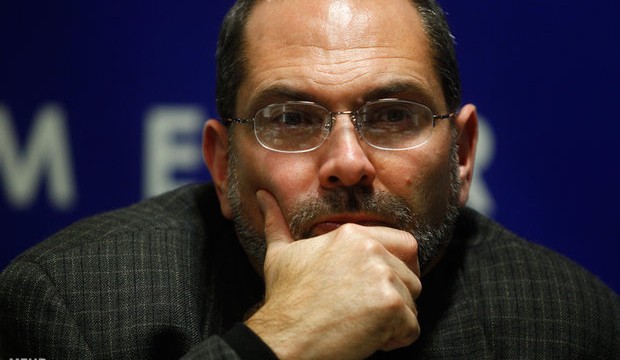 Trump not serious about leaving JCPOA: US analyst

Tasnim – A senior American political analyst said US President Donald Trump used the 2015 nuclear deal between Tehran and world powers as a tool during his campaign to win the election, noting that he is now making the appearances of planning to walk out of the agreement.

“…, what we have to remember is that during the campaign, one of the main platforms he utilized in getting elected was to paint his opposition as incompetent and in the course of painting this picture, used the JCPOA as just one example, and therefore he is ‘on the hook’ (as we say here in the West) in terms of this issue and has to make at least the appearances of doing something to overturn it lest he be accused of hypocrisy,” Mark Glenn, from Idaho, said in an interview with the Tasnim News Agency.

Mark Glenn is a writer and co-founder of the Crescent and Cross Solidarity Movement, an interfaith forum dedicated to uniting Muslims and Christians against Zionists. He has his own blog The Ugly Truth.

Tasnim: In his address the United Nations General Assembly, US President Donald Trump accused the Iranian government of exporting “violence, bloodshed and chaos.” “Iran must stop supporting terrorists, begin serving its own people and respect the sovereign rights of its neighbors.” What do you think? Is it Iran that is exporting violence or is it the US?

Gelnn: No, Iran is not supporting violence, but what we have to remember is that the political playing field vis-a-vis the US and Iran was decided not just years ago, but decades ago, beginning with the CIA’s overthrow of the Mossadegh government and the installment of a US-sponsored dictator in the person of (former Iranian monarch Mohammad Reza) Pahlavi. Trump himself knows this to be the case, but at the same time, being a realist, understands as well the average American–due entirely to the mind-numbing effects of the Zionist media drip-feeding them on a daily basis certain notions, including that Iran is a ‘terrorist’ nation–that he can’t have a rational conversation with the American people on this issue and explain to them exactly the parameters of what took place in 1953, 1979 and where it has brought the 2 nations today.

At the same time however, it is important to note that even if it is correct to say that Trump does not seek war with Iran, that nevertheless he is determined to prevent Iran from becoming the dominant power in the Middle East, a situation that stands a very good chance of taking place and especially after the role that Iran played in the resounding victory over the western-backed terrorists in Syria. It is important to put this into historical perspective as well in that America and the West are still very much the same Roman empire of yesteryear and the longest continuous war in human history was the one that took place between ancient Persia and ancient Rome and which lasted almost 700 years and much of the same reasons for that war–i.e. Which power would be in control of the Middle East–exist today as much as they did yesterday.

Tasnim: Elsewhere in his address, he said that the internationally-negotiated nuclear agreement with Iran is an “embarrassment” to the United States, raising the question whether he intends to stay in the 2015 accord. Experts believe that Trump is just bluffing. Do you believe so?

Glenn: It is important to remember that prior to becoming a politician Trump spent his life as a businessman and a salesman, both of which require a great deal of showmanship and theatrics. Furthermore, what we have to remember is that during the campaign, one of the main platforms he utilized in getting elected was to paint his opposition as incompetent and in the course of painting this picture, used the JCPOA as just one example, and therefore he is ‘on the hook’ (as we say here in the West) in terms of this issue and has to make at least the appearances of doing something to overturn it lest he be accused of hypocrisy.

And then, of course, there is the gorilla in the room we have not yet discussed, which is the organized Jewish lobby in America that worked tirelessly to prevent his election and is now working with equal furor in getting him removed from office and using the ‘Russian’ angle to do it. Everyone knows that Iran and Russia are working very closely with each other these days and especially in Syria and if Trump does not make aggressive noises towards Iran then the same aforementioned gorilla in the room–the organized Jewish lobby–will use this as additional ‘proof’ that Trump is ‘owned by the Russians’.

Glenn: As I mentioned earlier, Trump has enormous domestic problems right now, most notably the organized Jewish lobby seeking to undermine his presidency and to get him removed from office and the only way he can circumvent what they are doing is to keep the American people rallied around him, and the best way to do that is to replace all the noise taking place in the Zionist controlled media concerning Russia with North Korea. Therefore it is safe to say that Trump is making a monster out of North Korea when in fact it is only a mouse in the interests of remaining politically alive, and by reviving the old ‘communist threat’ he effectively achieves 2 things–solidifying both his right-wing base and the middle while at the same time, making those on the left who are working to remove him from office appear to be aligned with communists as they were in previous decades.

Tasnim: Israeli PM Netanyahu praised Trump for most “courageous” UN speech in the past 30 years? What is your take on this?

Glenn: Netanyahu’s favorable noises about Trump are in my opinion a ruse. It is Netanyahu’s people in the US who first tried to prevent Trump being elected and now who are trying to get him removed. Trump thus far–despite making nice noises about Netanyahu and Israel, nevertheless–has proven himself to be a question mark and someone who has charted an independent course for his administration, something which the organized Zionist lobby in America does not like, and particularly with regards to all of Trump’s talk about the creation of a Palestinian state. So while indeed Netanyahu may smile and say nice things, at the same time, behind Trump’s back he is/will continue to maneuver against Trump in every possible way.

#IranDeal, JCPOA, Mark Glenn, US September 27, 2017
Efficient deterrence: Iran’s new Khorramshahr IRBM is a response to US threats
US worried about Qatar leaning towards Iran