A Look at Iranian Newspaper Front Pages on September 27

Iran Front Page- IFP has taken a look at the front pages of Iranian newspapers on Wednesday, September 27, and picked headlines from 13 of them. IFP has simply translated the headlines and does not vouch for their accuracy.

The top story in today’s newspapers was the Wednesday funeral ceremony for Mohsen Hojaji, the Iranian soldier beheaded by the ISIS terrorist group in Syria.

The reactions to the Iraqi Kurdistan’s independence referendum also remained a top story in today’s newspapers.

Iranian papers also covered the support voiced by a number of European ambassadors to the US for the nuclear deal between Tehran and world powers.

1- First VP: There Should Be No Red Line in Countering Corruption 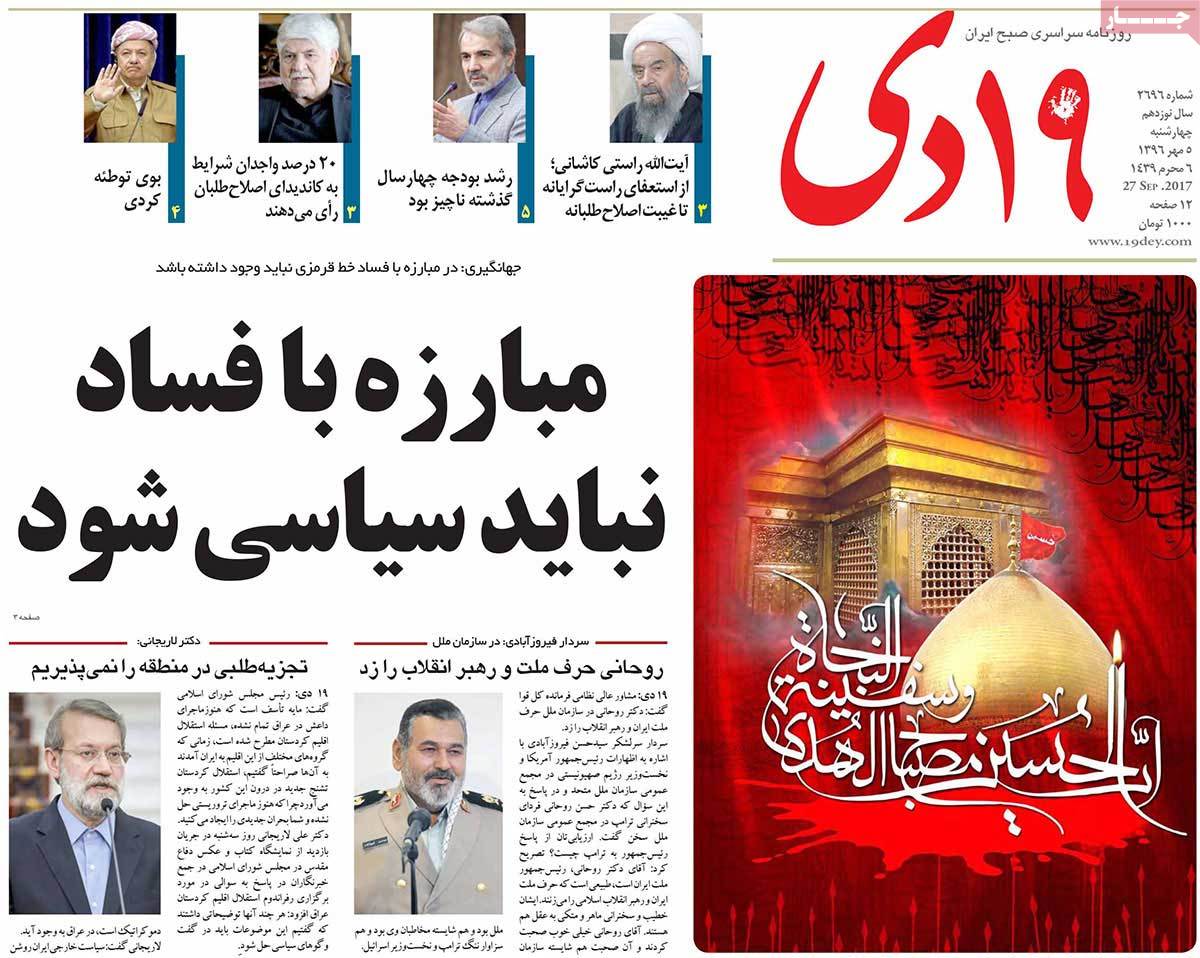 2- Funeral to Be Held Today for Mohsen Hojaji in Tehran 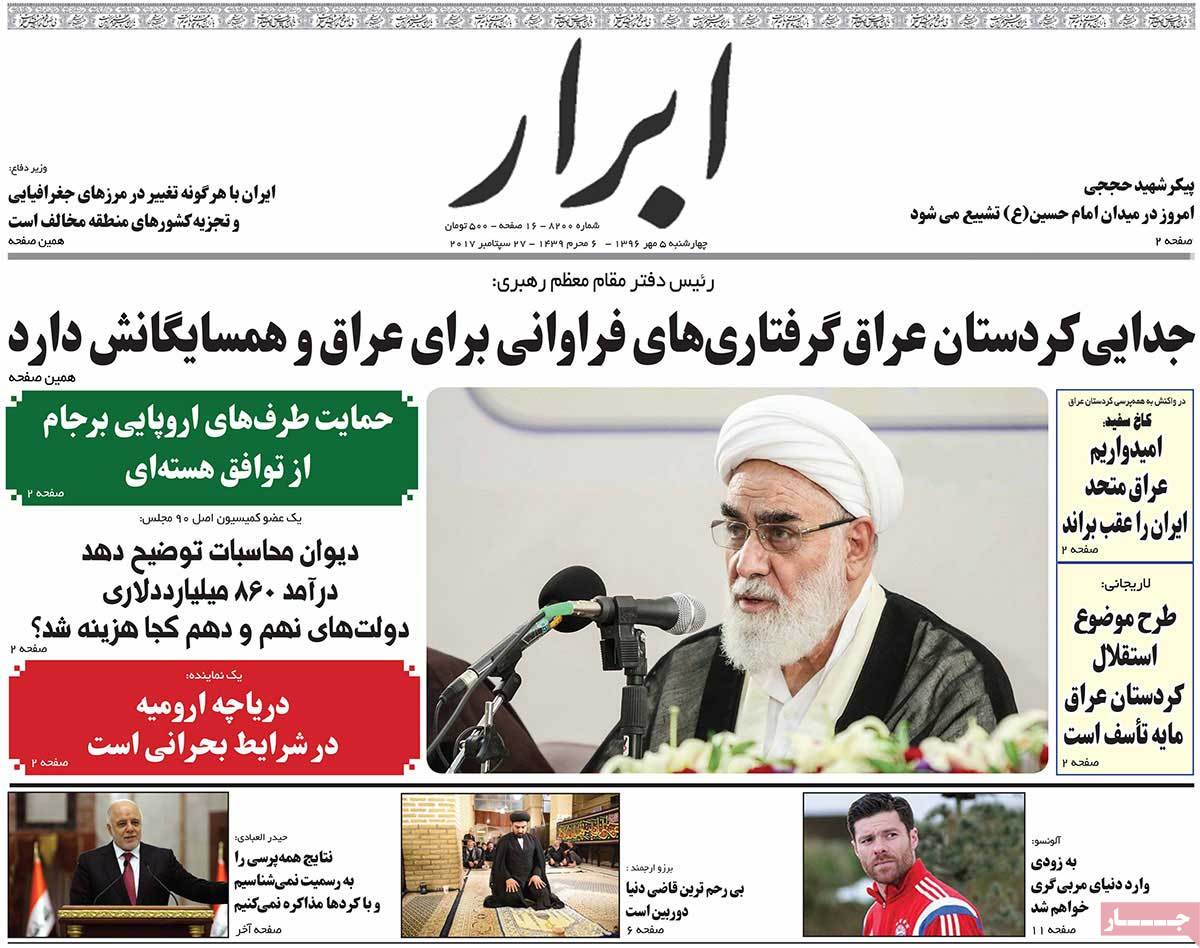 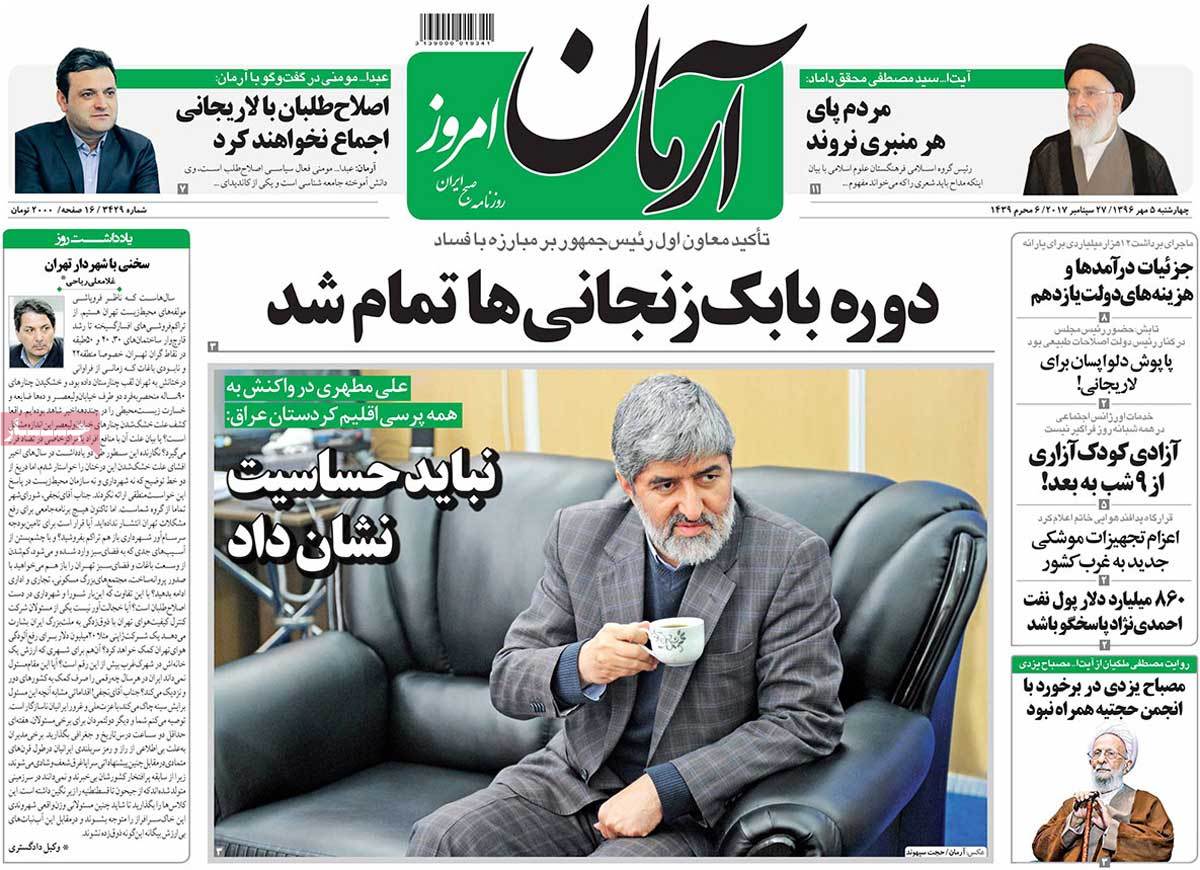 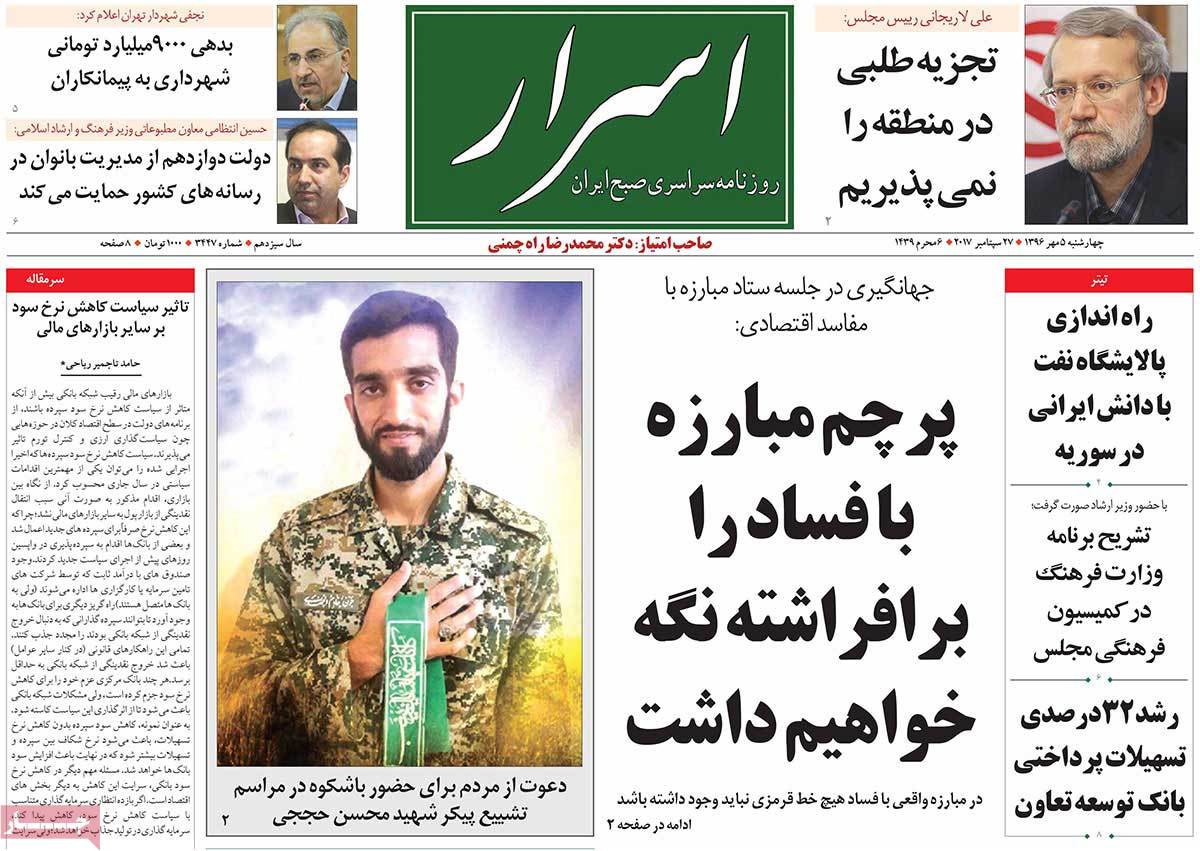 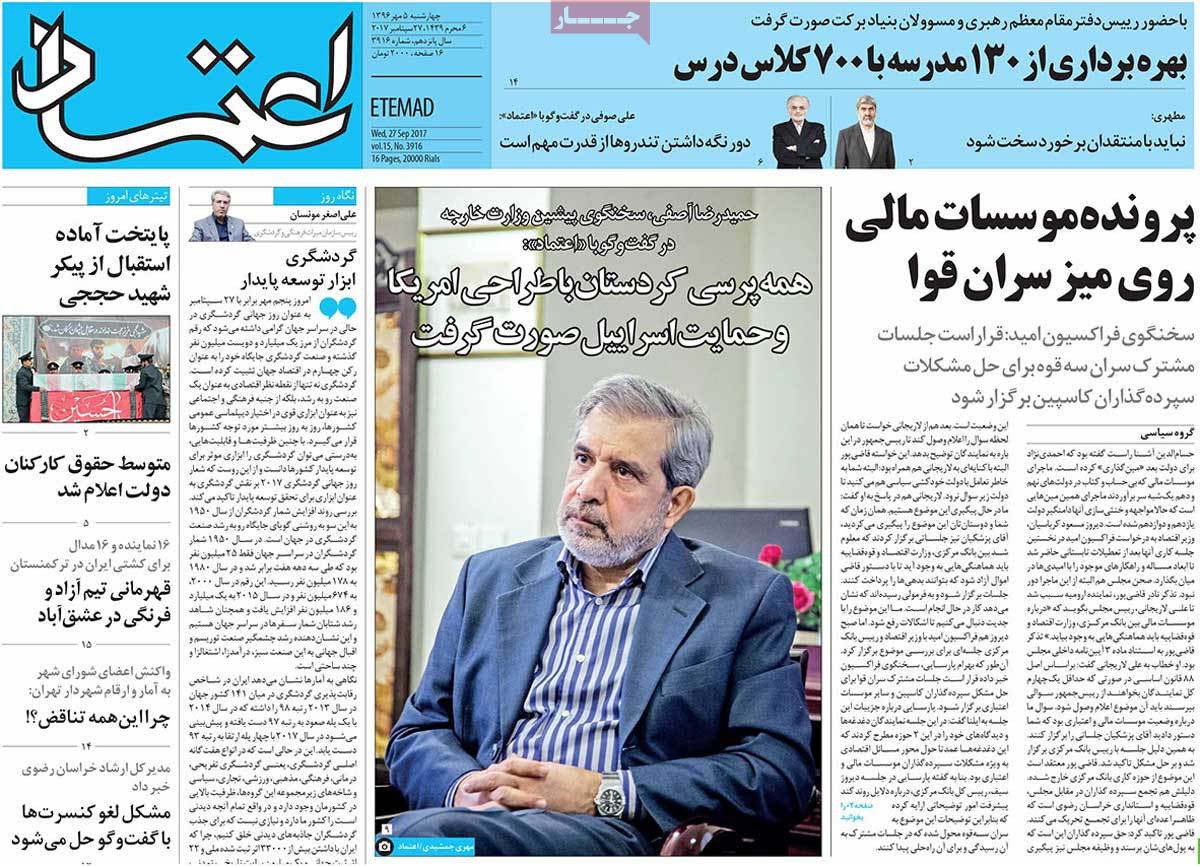 1- First VP: Safety of Investment Shouldn’t Be Sacrificed in Fight against Corruption 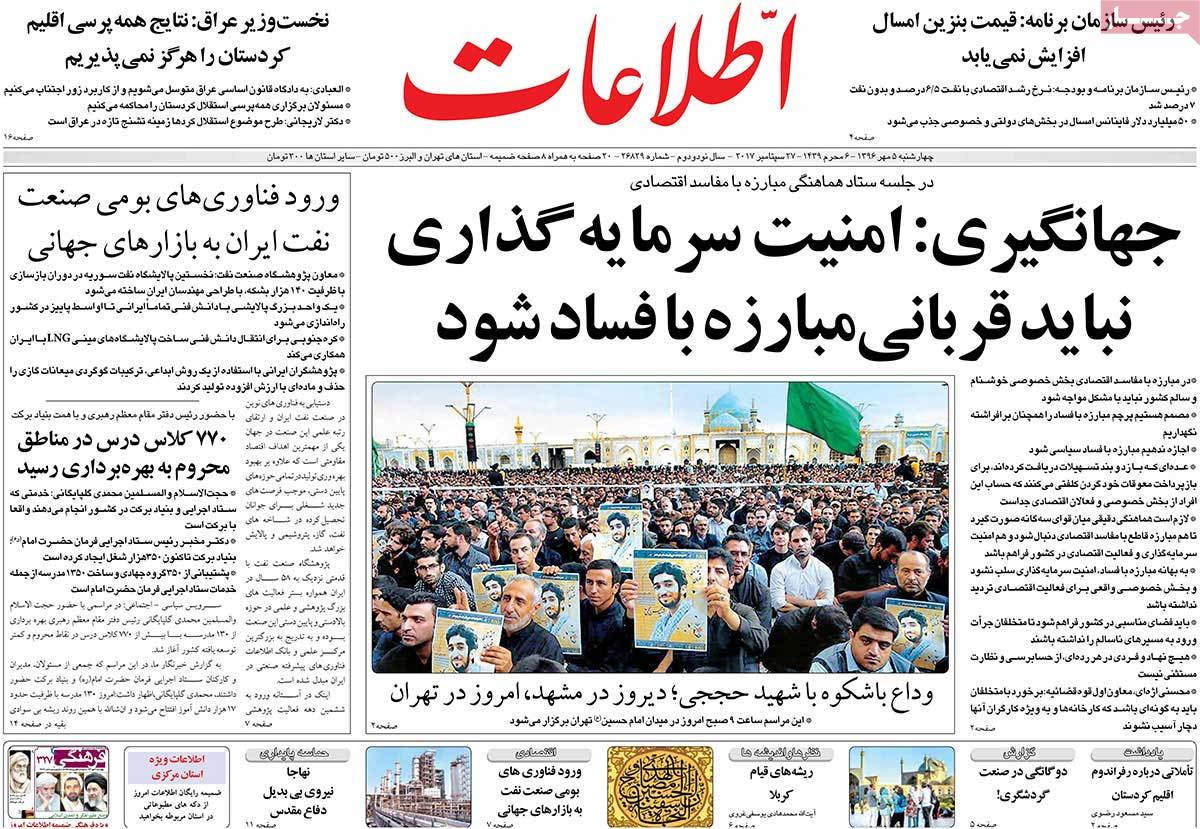 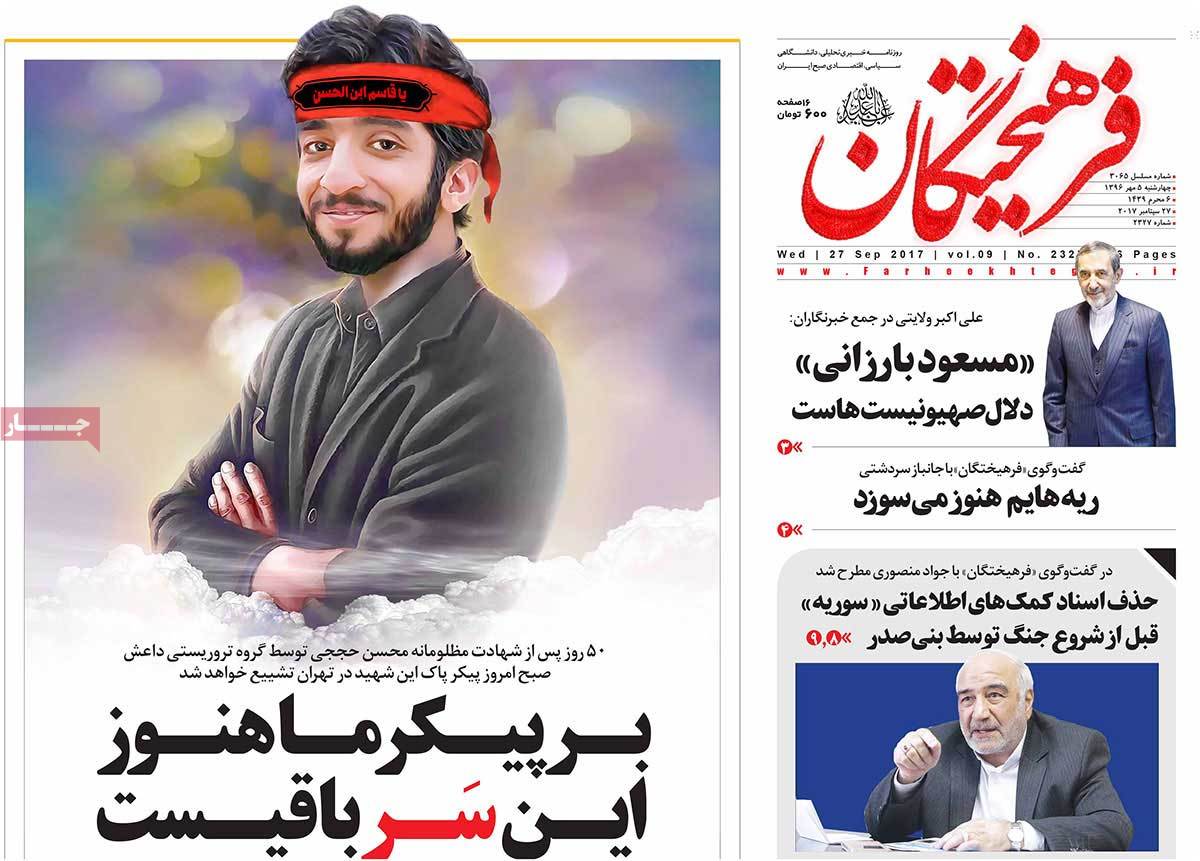 1- Only Death Is Not Starving Here: A Report on Rohingya Muslims in Myanmar-Bangladesh Border 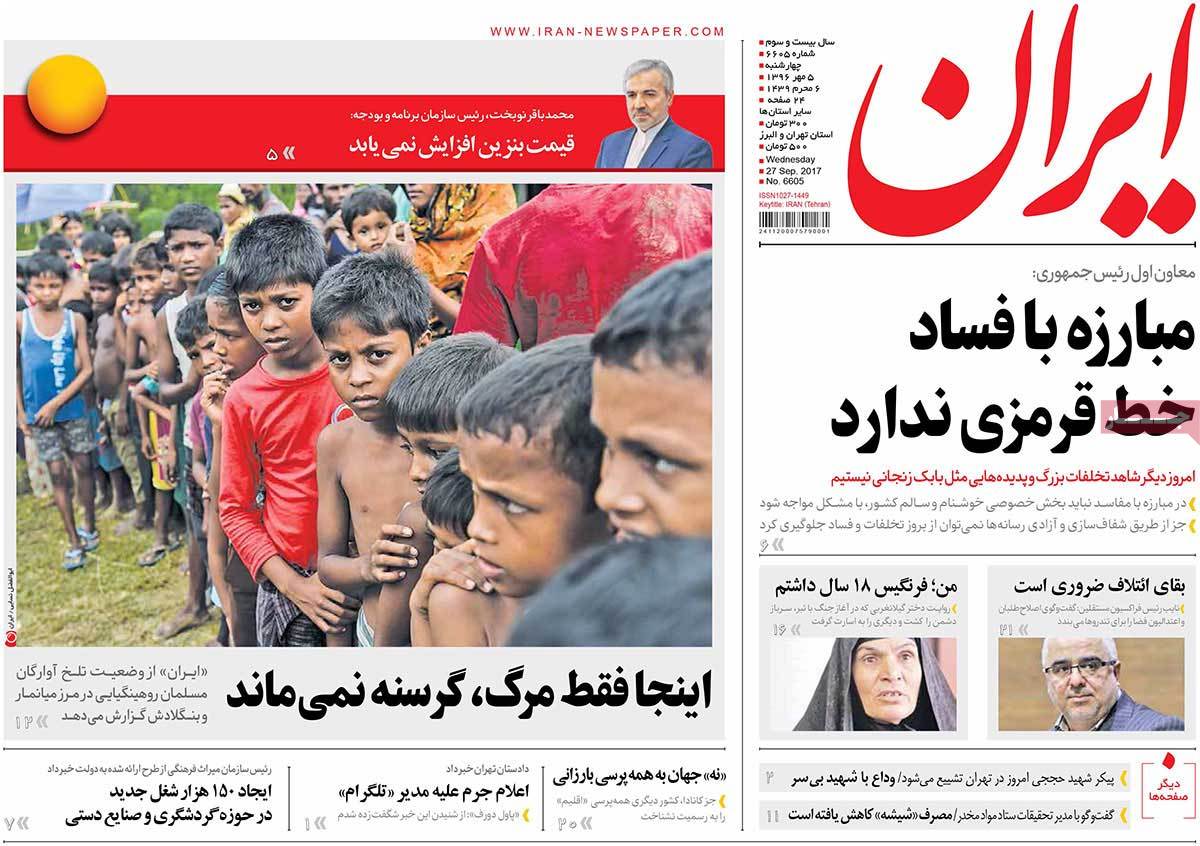 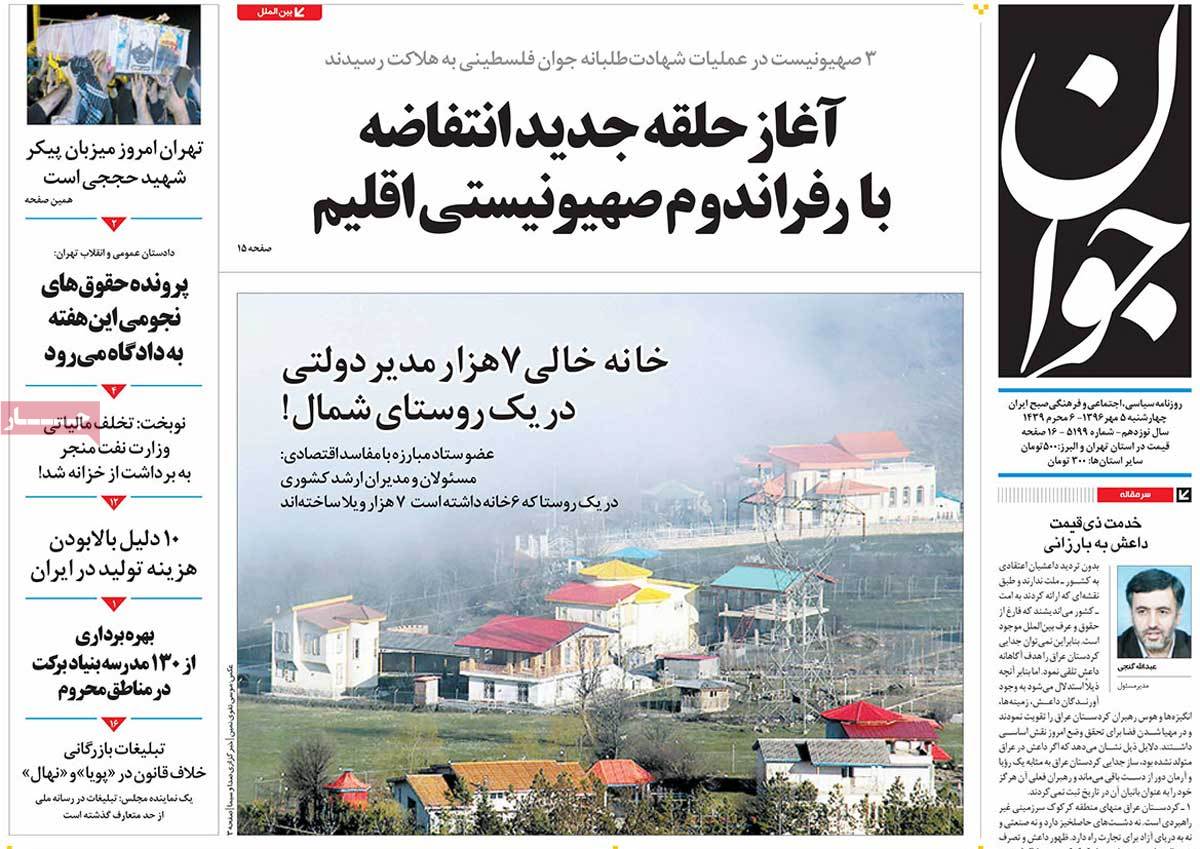 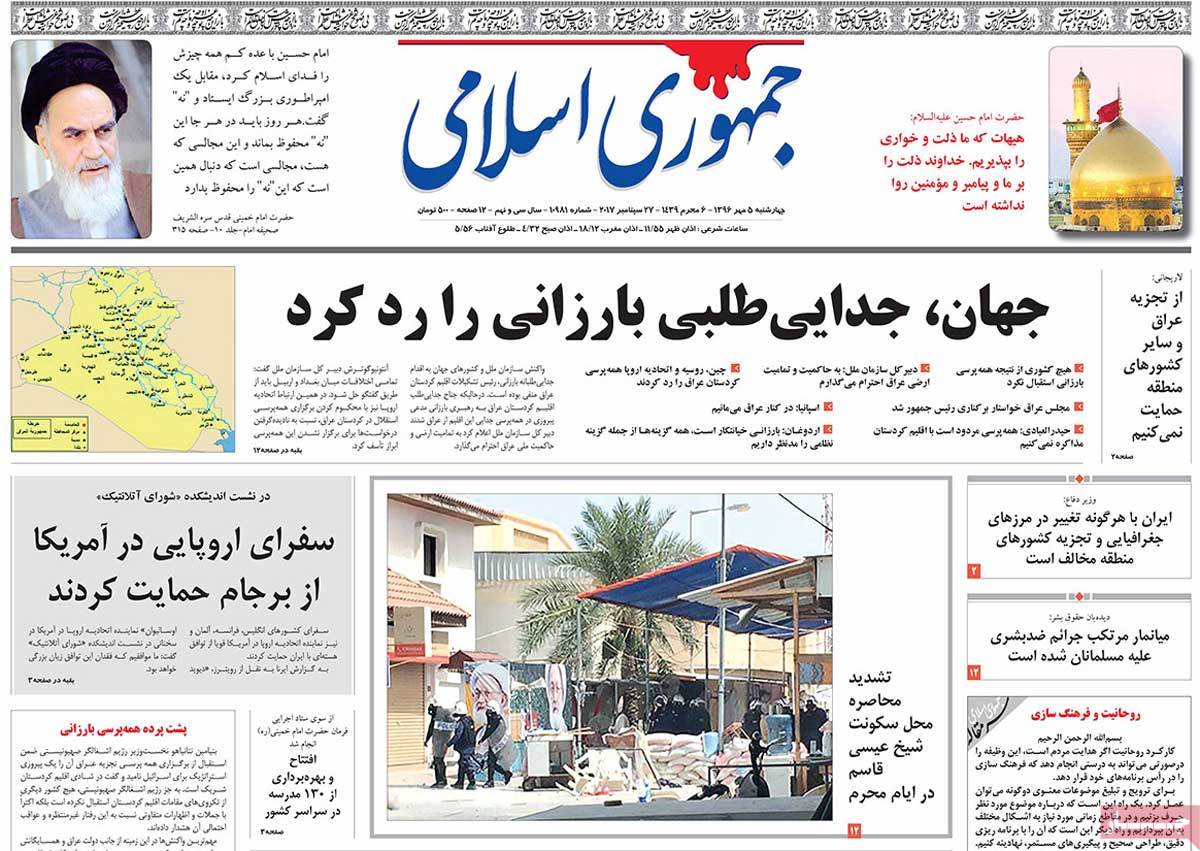 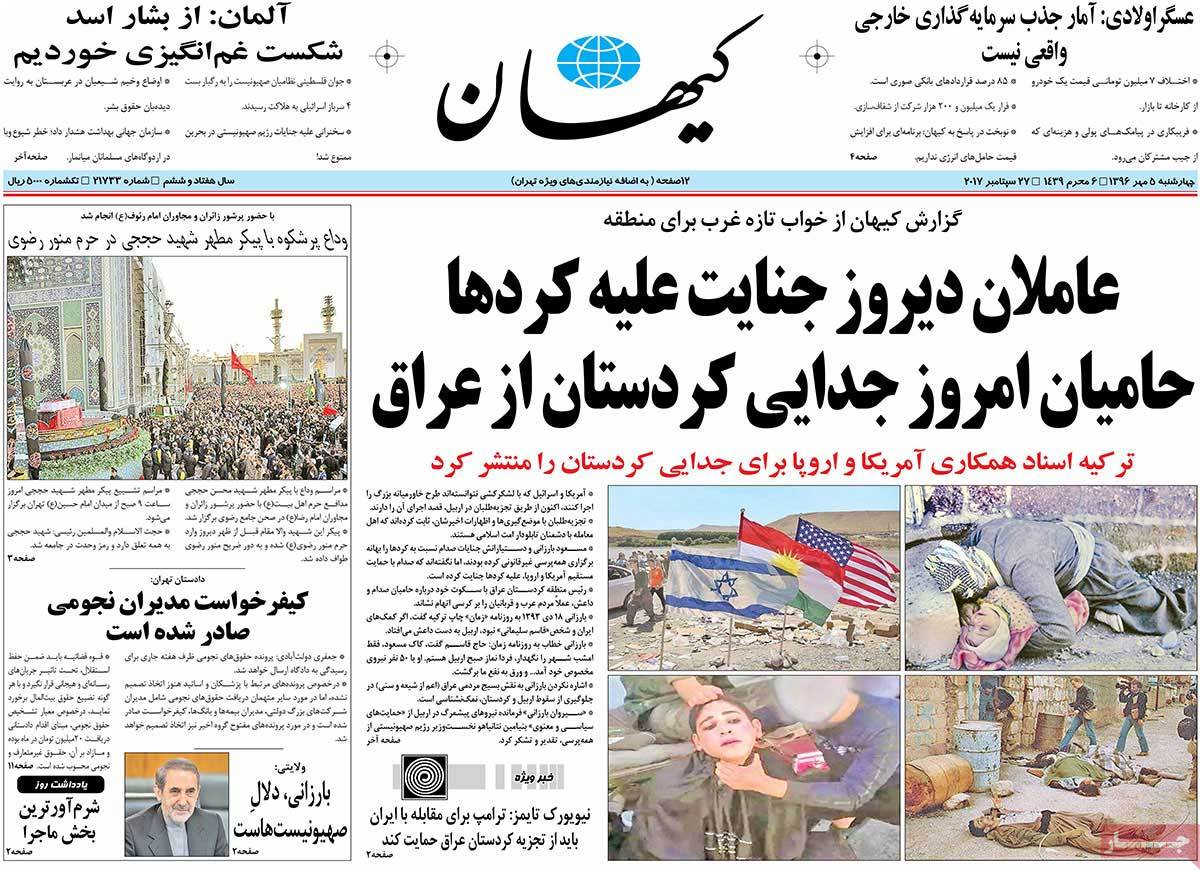 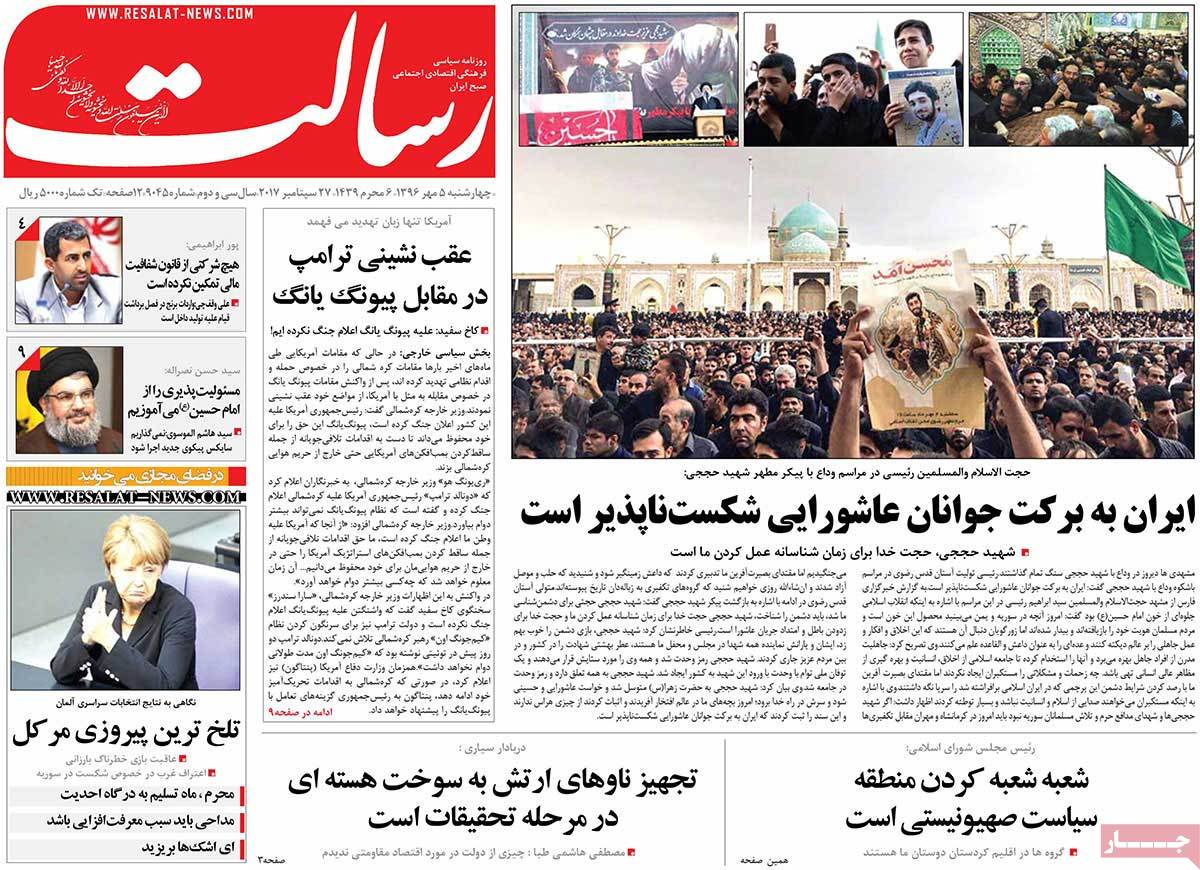 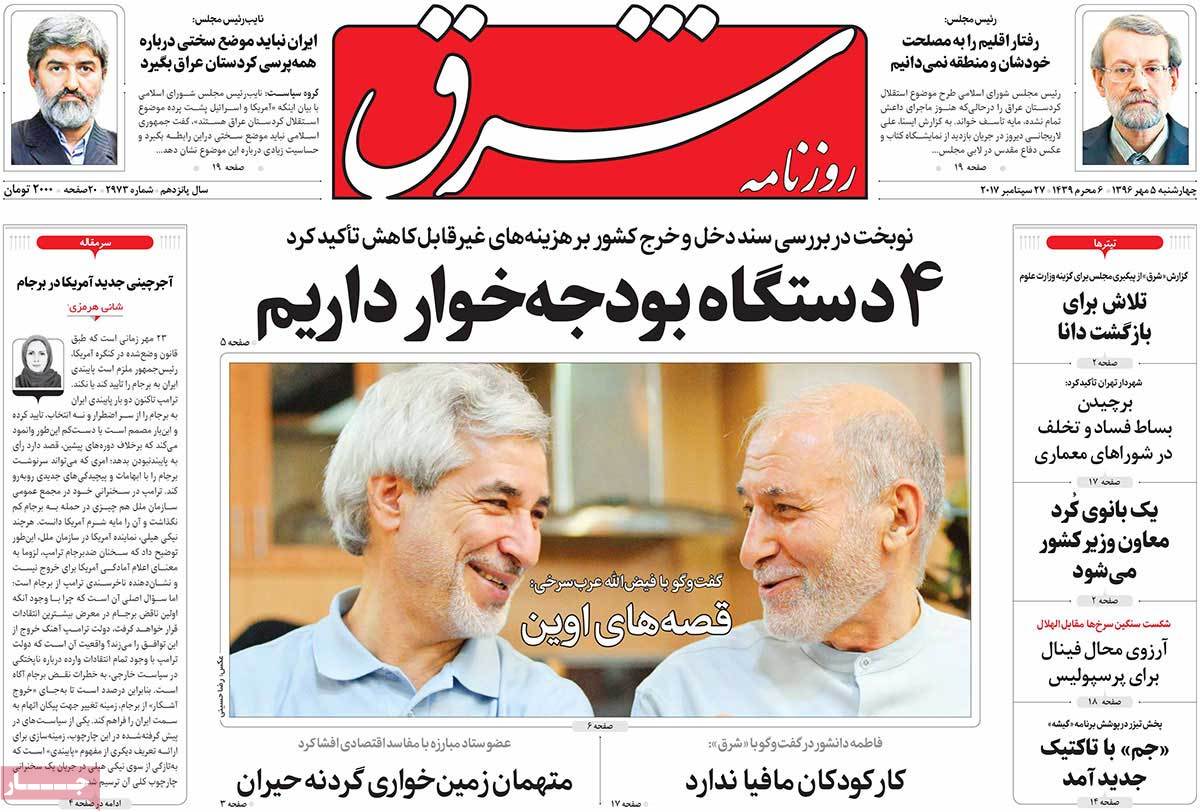