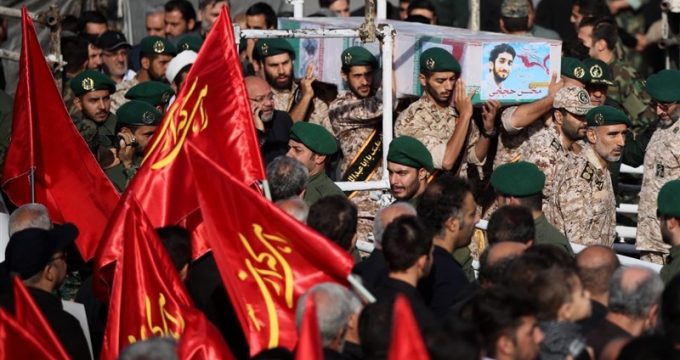 Funeral procession of Iranian martyr kicks off in Tehran

MNA – The funeral procession of Iranian military adviser who was decapitated by the ISIL terrorists in Syria last month kicked off in Tehran on Wednesday.

Moments ago, the funeral ceremony of Iranian fallen soldier kicked off with the magnificent participation of Iranian people from all walks of life in Imam Hossein Square in Tehran began.

Martyr Hojaji’s body will be transferred to his hometown Najaf Abad in Isfahan province, after a ceremony in Tehran to commemorate his holy body.

A few minutes ago, with the announcement of Parliament Speaker Ali Larijani, MPs terminated the public session to attend the funeral ceremony of Iranian headless marty Mohsen Hajji.

Mohsen Hojaji, a holy shrine defender, was taken hostage by the Daesh Takfiri group near the Iraqi border on August 7 and was beheaded two days later.