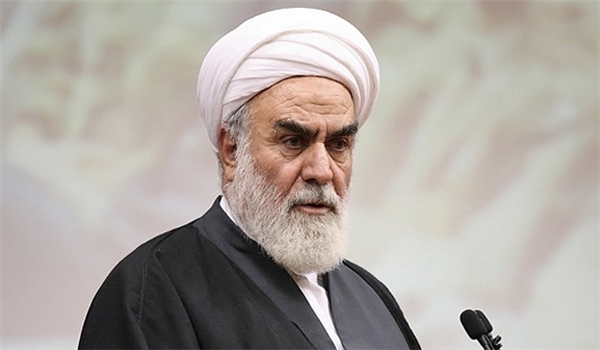 FNA- The Iranian Supreme Leader’s Chief of Staff, Mohammad Mohammadi Golpaigani, stressed that the independence referendum held in the Iraqi Kurdistan region on Monday was a Zionist plot to foment a new crisis after the end of ISIL era in Iraq.

“You may rest assured that it is a plot by the Zionist regime under such conditions that the ISIL is collapsing and after (Commander of the Quds Force of the Islamic Revolution Guards Corps (IRGC) Major) General (Qassem) Soleimani announced that we will soon celebrate the end of ISIL. Now they have raised a new issue in the region,” Mohammadi Golpayegani said on Tuesday.

“Referendum and its related issues will cause many problems for the Kurds and the neighboring countries,” he warned.

The referendum was held on Monday in defiance of the central government in Baghdad, which says the referendum is unconstitutional and called on the Kurdish leadership to drop the plan.

Iran, Iraq, and Turkey have jointly voiced concerns about the Kurdish independence vote, warning that it could fan the flames of tensions in the Middle East.

The UN Security Council also unanimously issued a statement on Thursday voicing alarm over “the potentially destabilizing impact” of the plebiscite. The 15-member council urged “dialogue and compromise” to address the differences between Baghdad and the Kurdish authorities.

The referendum was held a few days after General Soleimani underlined that the ISIL terrorist group is taking its last breaths and will vanish in less than 3 months.

“In less than three months, we will declare the end of ISIL and its ruling on this planet and we will celebrate this victory in Iran and the entire region,” General Soleimani said, addressing a ceremony in the Northern province of Gilan last Thursday.

“We will deal our blows decisively and incessantly to the body of the cancerous tumor created by the US and Israel,” he added.

One of the reasons why Iran has embarked on helping the Syrian and Iraqi nations is that the problem of ISIL cannot be solved through diplomacy in the two countries, he said.

“While ISIL claims that killing Shiites is imperative, there is no option but Jihad (holy war),” General Soleimani stressed, adding, “The enemy is out to dry up Islam and destroy Muslims’ independence and occupy Islamic states.”