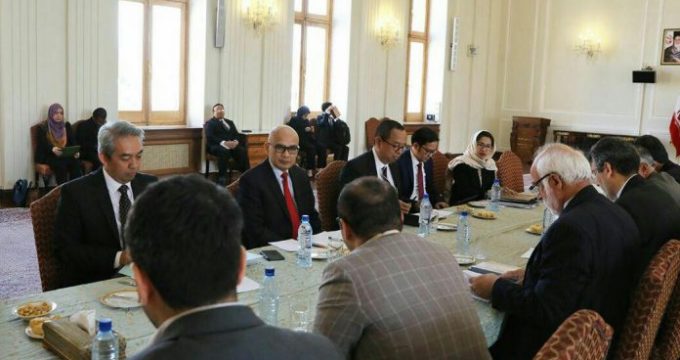 MNA – The seventh meeting of Iran-Indonesia joint political-consultative committee was held in Tehran on Monday.

Deputy Ministers of Iran and Indonesia discussed a whole range of bilateral and international issues and underscored the need to advance Tehran-Jakarta political and economic relations.

Iranian Deputy Foreign Minister for Asia and Pacific Affairs Ebrahim Rahimpour delivered the opening speech at the meeting, underlining that Iran attaches great importance to promotion of cooperation with Southeast Asian countries, particularly with Indonesia as a friendly and Muslim nation which enjoys a special status in the Muslim world.

He said Iran is fully prepared to enhance its relations with Indonesia on all fields.

The head of the Indonesian delegation welcomed proposals put forward by the Iranian side, and said his country would like to undertake a project to develop two oil fields in Iran. He also stressed the need to forge closer ties between the two sides.

The previous meeting of the political-consultative committee had been held in Jakarta last year.