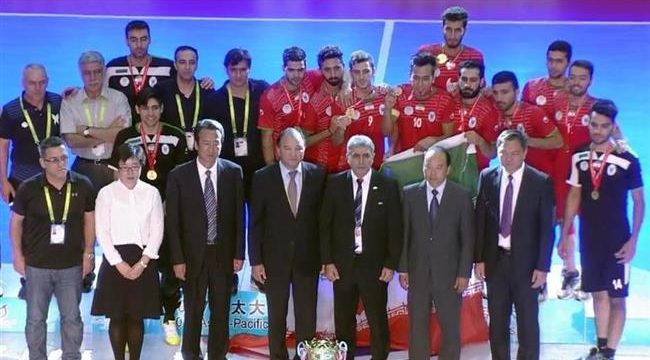 Press TV – The Iranian students’ national futsal team has lifted the trophy at the conclusion of the 2017 Asian-Pacific University Futsal & Cheerleading Championship in China.

Iranian futsal players defeated the Omani squad 4-2 in the title match played at Lingwu Sports Stadium in the northwestern Chinese city of Lingwu on Monday.

The Kazakh students’ national futsal team overcame the Chinese side with the same result in the third-place play-off.

The 2017 Asian-Pacific University Futsal & Cheerleading Championship started on September 18, and wrapped up on September 25.