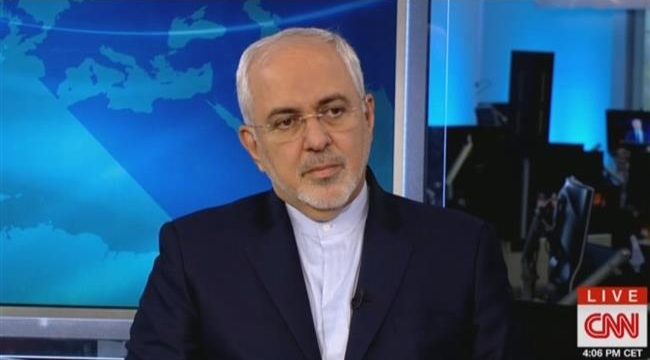 Zarif to CNN: US proving to be ‘unreliable’ negotiating partner

MNA– Speaking to Fareed Zakaria of CNN, Iran’s FM Zarif said US is not only unpredictable, which could sometimes work in its favor, but is also proving to be “unreliable”, which undermines its participation in many international agreements.

Zarif went on to stress that the nuclear agreement is not a bilateral, or even multilateral deal, but a resolution of the Security Council, of which the United States is a permanent member.

“The international community needs to rely on the words of the United States as a negotiating partner, otherwise nobody would negotiate with the US, because they know the US at the end of the day would use this famous expression that ‘what’s mine is mine, and what’s yours is negotiable’,” he added.

Elsewhere during the interview with CNN, Zarif had said in case Trump walks away from the deal, Iran has a number of options including “walking away from the deal and going back with great speed to its nuclear program.”