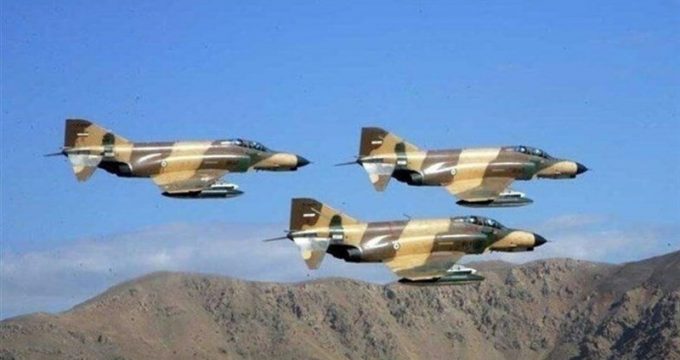 Tasnim – Iranian fighter jets flew across the country’s western airspace on Sunday evening as part of a military exercise launched by the Army.

The Air Force’s warplanes took part in a large-scale military drill along the country’s western frontiers on Sunday evening.

Military officials also carried out an evaluation of the Air Force’s offensive power and the coordination among the Ground Force’s airborne division, the Air Force, and the Ground Force at an operational zone near the city of Qasr-e Shirin, the western province of Kermanshah.