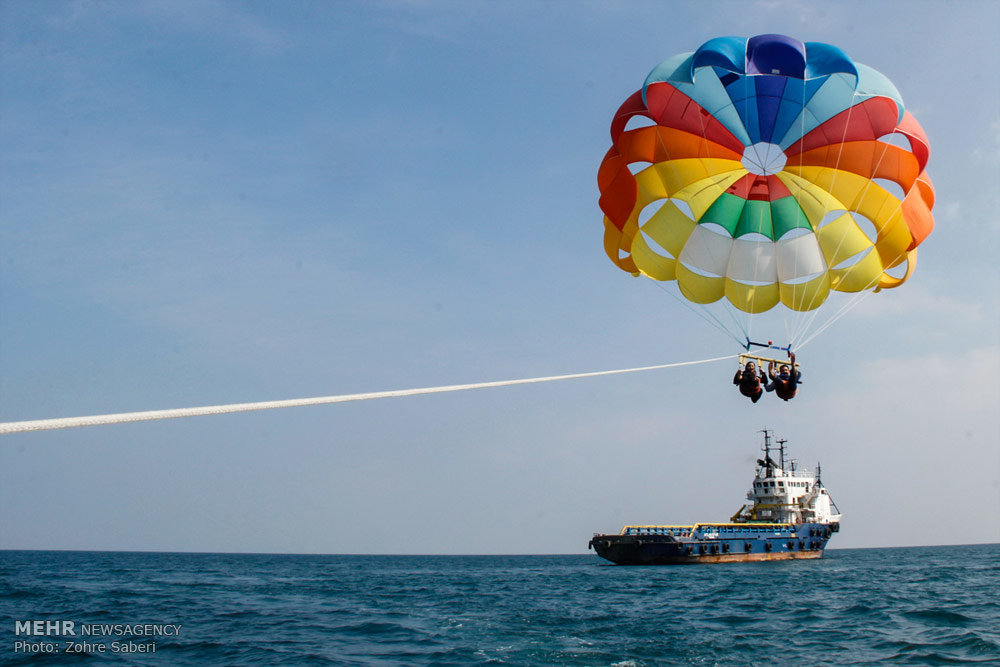 According to Morteza Kamali, the head of the company, KSC’s watercrafts used to carry passengers and cargo, but the company is now entering the field of tourism.

“We are now aiming to make a profit by restoring and repurposing a number of timeworn vessels to serve as cruise ships,” Mana also quoted Kamali as saying.

So far, two ships are operating and a third one is undergoing restoration to join the fleet. Setareh, the first restored vessel, operates three trips a day and has served over 12,000 tourists since the beginning of the current Iranian year (started March 21).

“The ship is now the best operating cruise ship in the country, which is leased to organize tours under the supervision of KSC,” he said.

Gohar passenger ship was the second watercraft employed for part-time services. With a capacity of 230 people, the ship operates as a ferry carrying passengers from Kish Island to Bandar Charak, a coastal city in Hormozgan Province, and runs tours after the routine work hours. It has conducted 60 trips since July 13.

According to Kamali, another ship named Marjan, which had been abandoned due to technical deficiencies, is to start tours from Kish to Hendurabi Island soon.

“Marjan will join the service after essential repairs are made and the necessary permits are obtained,” he said.

Marine officials believe establishment of infrastructure is integral to develop the industry.

“Besides restoring and repurposing the working ships for tourism plans, we need to supply new and modern watercrafts,” Kamali said. According to tourism and environment officials, Iran’s coastal regions have the potential to attract three million foreign visitors a year. Iran is banking on its coastal and marine tourism potentials to achieve its 2025 target of attracting 20 million tourists annually.

Reportedly, over 70% of tourism development plans in the Sixth Five-year Development Plan (2017-22) are related to marine tourism. Despite the fact that turning coastal cities into marine tourism hubs has ostensibly been a government priority, the sector is only responsible for 1% of national employment and production.