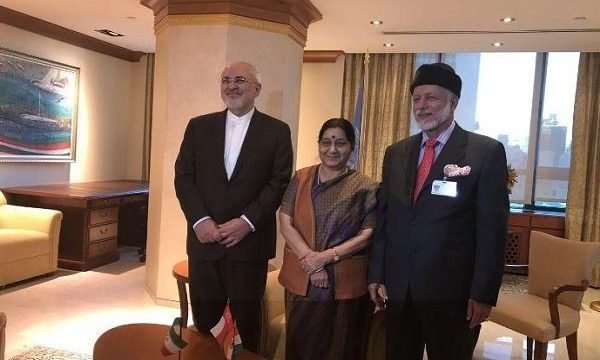 MNA – Iranian Foreign Minister Mohammad Javad Zarif met with Foreign ministers from India and Oman to confer on energy in a trilateral session.

During the meeting which took place in New York, the three foreign ministers discussed strategies to expand their cooperation in the area of energy. The three official also exchanged their views on important regional and international issues.

Iranian Foreign Minister Zarif has traveled to New York to take part in the 72nd United Nations General Assembly. During his stay, he has held meetings with his counterparts from the participating countries. The focus of these meetings include Iran’s political stance on JCPOA, developing bilateral cooperation and the significant developments in the region and the world such as the Myanmar crisis and Kurdish independence referendum.