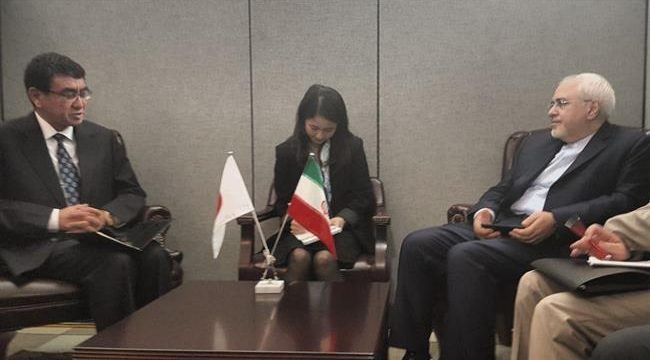 Overheard at UN: Japan asks Iran for some help on North Korea

“You have to help us with North Korea,” Kono was overheard telling Zarif at the start of a meeting Friday, before any of the usual diplomatic greetings and niceties.

There’s been ample theorizing that a threatened U.S. defection from the nuclear accord with Iran would undercut the already slim prospects for getting Kim to abandon his rapidly advancing nuclear arsenal. But Kono saw a more direct connection.

Iran, which maintains an embassy in Pyongyang, is said to have close ties to the Kim regime. Both countries face the wrath of the U.S. for their nuclear programs. Trump imposed fresh sanctions on North Korea on Thursday and has repeatedly called for the 2015 nuclear deal between world powers and Iran to be canceled or renegotiated.

In their most recent name-calling exchanges, Kim called Trump “mentally deranged” and a “dotard” — sending many readers to Google or online dictionaries — and Trump called Kim “a madman who doesn’t mind starving or killing his people.”