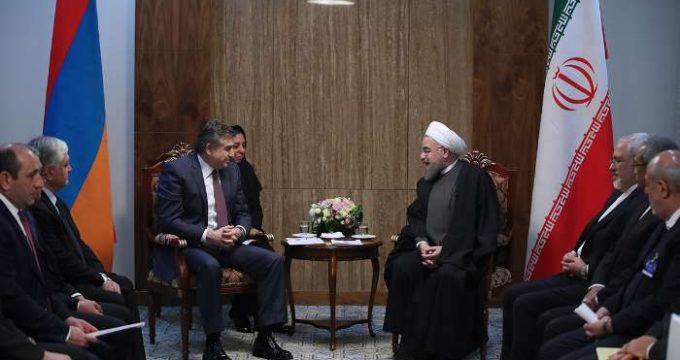 MNA – Armenian Prime Minister Karen Karapetyan is scheduled for a visit to Tehran in the near future, the country’s foreign minister said Friday.

Minister of Armenia Eduard Nalbandyan made the announcement during a meeting with his Iranian counterpart Mohammad Javad Zarif on Friday on the sidelines of the 72nd session of the UN General Assembly in New York.

According to Nalbandyan, the Armenian prime minister will visit Iran in the next few months. Meanwhile, Foreign Minister Zarif is also slated for an official visit to Yerevan.

The two sides further conferred on ways to expand bilateral relations, as well as issues related to JCPOA and regional developments.