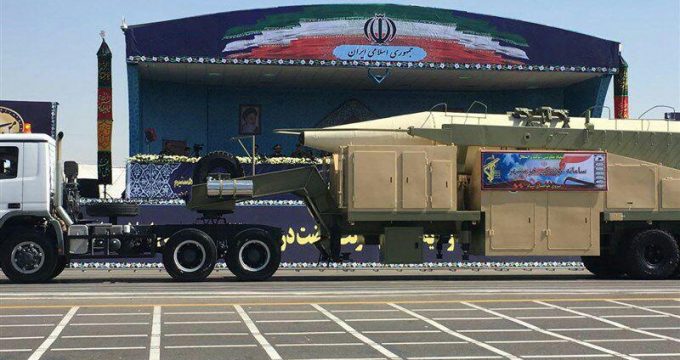 IRNA- Iran unveiled some of its defensive achievements on Friday, on top of which was the ballistic missile `Khorramshahr’ with a range of 2000 kilometers .

Khorramshahr ballistic missile, which belongs to the Aerospace Force of the Islamic Revolution Guard Corps (IRGC), was unveiled in a military parade ceremony on the 37th anniversary of the Iran-Iraq war, known as the ‘Sacred Defense’ in Iran.

Iran’s President Hassan Rouhani in a speech at the ceremony, attended by senior military officials, emphasized that Iran’s arms are aimed at defense of the country and of regional nations against aggression of major powers and terrorism.