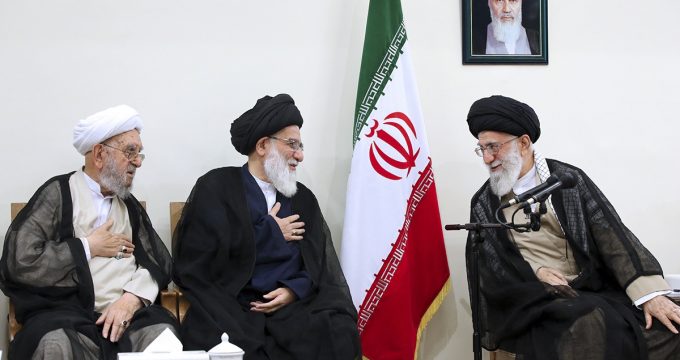 Leader of the Islamic Revolution Ayatollah Seyyed Ali Khamenei has censured US President Donald Trump’s latest hostile comments against the Iranian nation at the UN as “ugly”, “foolish” and “sheer lies.”

Representatives from Iran and the six world powers have come together to highlight the necessity of complying with Islamic Republic’s nuclear agreement, despite threats by US President Donald Trump to scrap the deal.

Negotiations with US on any issues would be ‘waste of time’: Rouhani

Iranian President Hassan Rouhani has dismissed prospects for engaging in negotiations with the United States, saying doing so would be a “waste of time” as Washington does not honor its commitments.

Foreign Ministers of Iraq, Iran and Turkey held a trilateral meeting in New York on September 20, 2017 to discuss the referendum plan of the KRG.

All parties to Iran’s nuclear agreement remain in full compliance with the deal, EU foreign policy chief Federica Mogherini said after the Wednesday P5+1 powers’ meeting. She emphasized that the deal had potentially averted a military incursion into Iran.

After a ministerial meeting at the UN the US Secretary of State said that International Atomic Energy Agency reports show that Tehran is compliant with the nuclear accord.

Rouhani says Iranians are waiting for an apology from Trump

Iran’s President Hassan Rouhani said Wednesday the Iranian people are waiting for an apology from U.S. President Donald Trump for his “extremely offensive” rhetoric and “unfounded” allegations about his country.

On the fourth day, in continuation of his meetings since his arrival in New York on Sunday (Sep 17), the Iranian Foreign Minister, who is accompanying President Hasssan Rouhani in his visit for participating and addressing the 72nd session of the UN General Assembly, has held talks with EU and his counterparts of different countries.

France offers mediation between Iran, US

French President Emmanuel Macron offered to mediate between the United States and Iran.

President Donald Trump is leaning toward decertifying the Iran nuclear deal and putting the decision of whether the United States withdraw from the accord in the hands of Congress, according to four sources — including a senior administration official — familiar with the White House deliberations.