A Look at Iranian Newspaper Front Pages on September 20

Iran Front Page- IFP has taken a look at the front pages of Iranian newspapers on Wednesday, September 20, and picked headlines from 12 of them. IFP has simply translated the headlines and does not vouch for their accuracy.

Newspapers today covered the latest reports and developments of the UN General Assembly and a speech by US President Donald Trump, where he repeated his anti-Iran claims and allegations.

Another top story was Iranian President Hassan Rouhani’s interview with CNN, where he said the Islamic Republic has plans for any situation on the nuclear deal.

1- Trump: Nuclear Deal a Shame for US

2- Nuclear Chief: Iran Not Committed to Anything beyond Safeguard, Additional Protocol, JCPOA 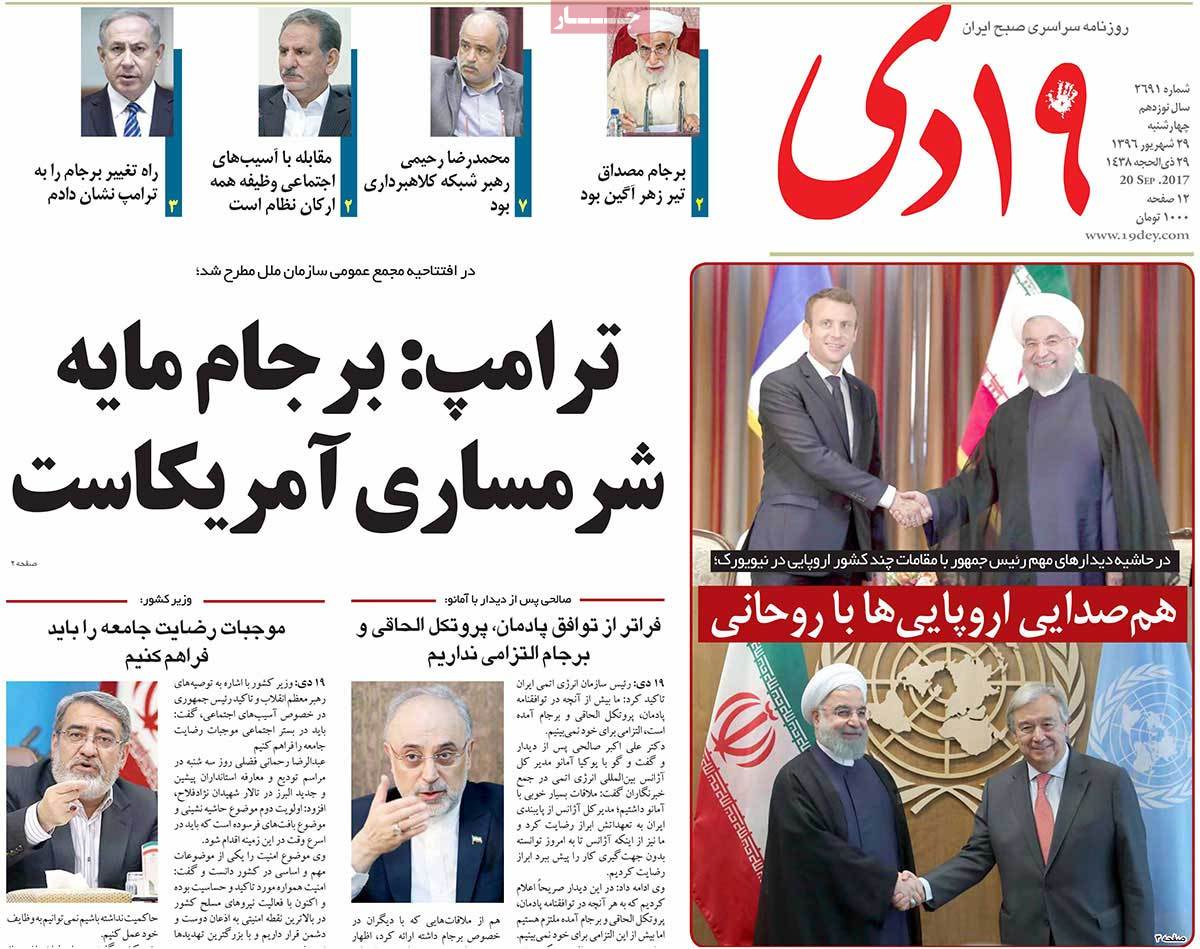 1- Rouhani: Trump Unpredictable, but We Have Plans for Any Situation 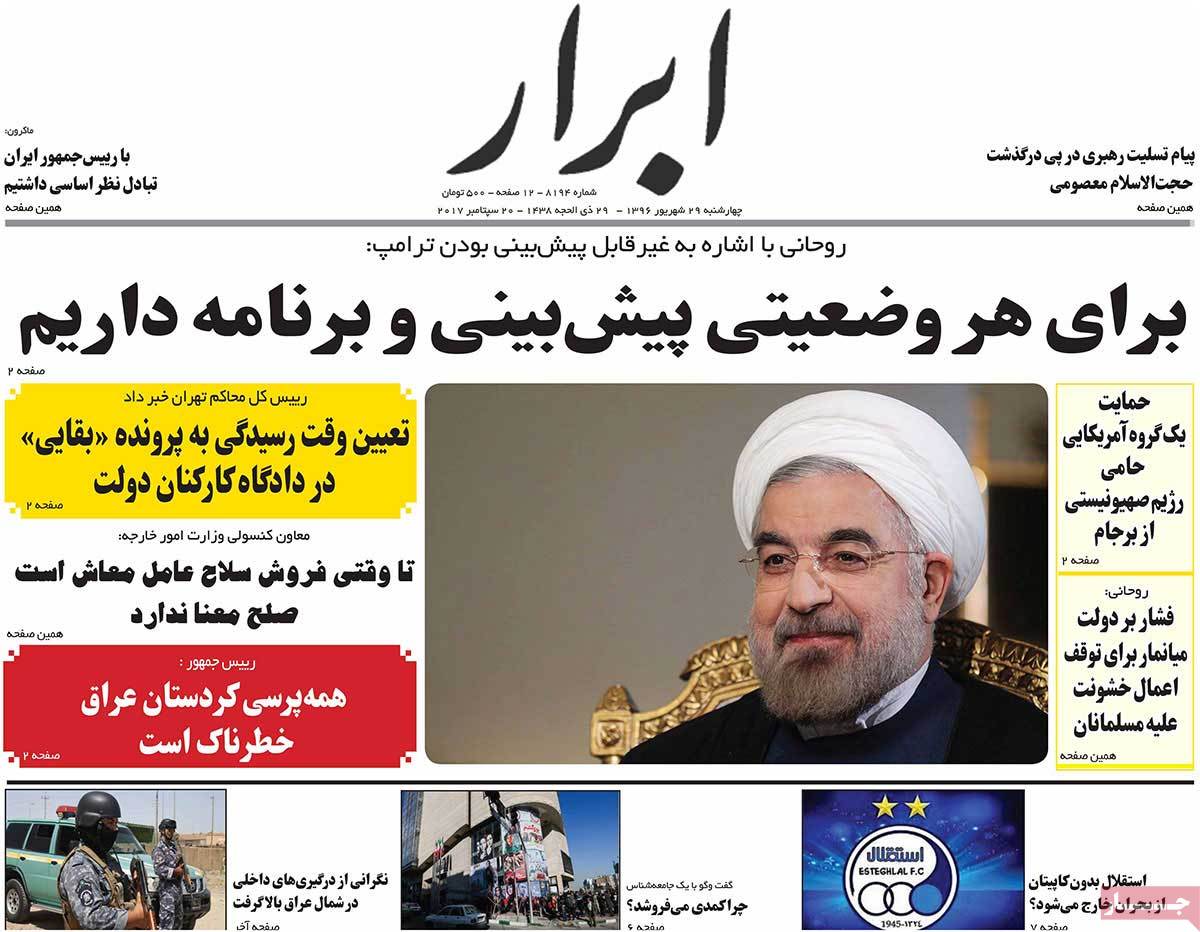 1- Rouhani-Trump Rivalry in Street No. 42 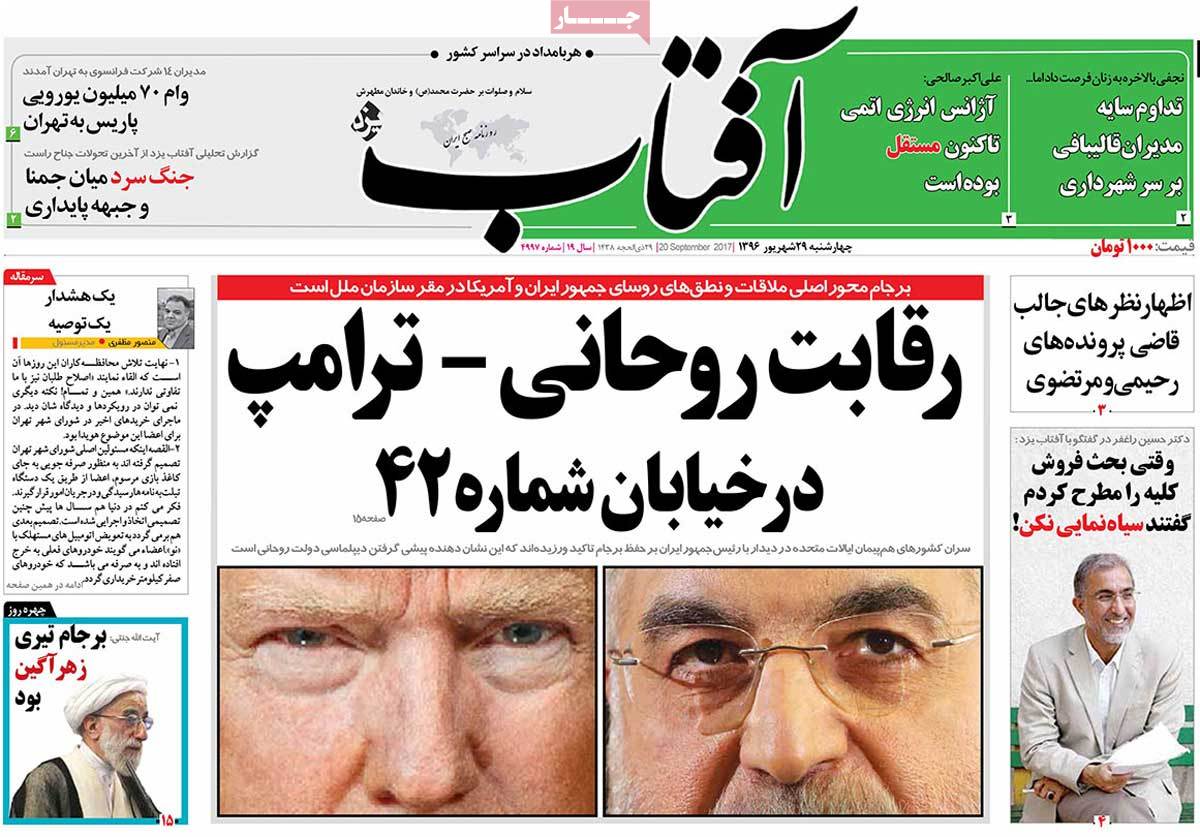 1- US Is the One Harmed by JCPOA Withdrawal: Rouhani 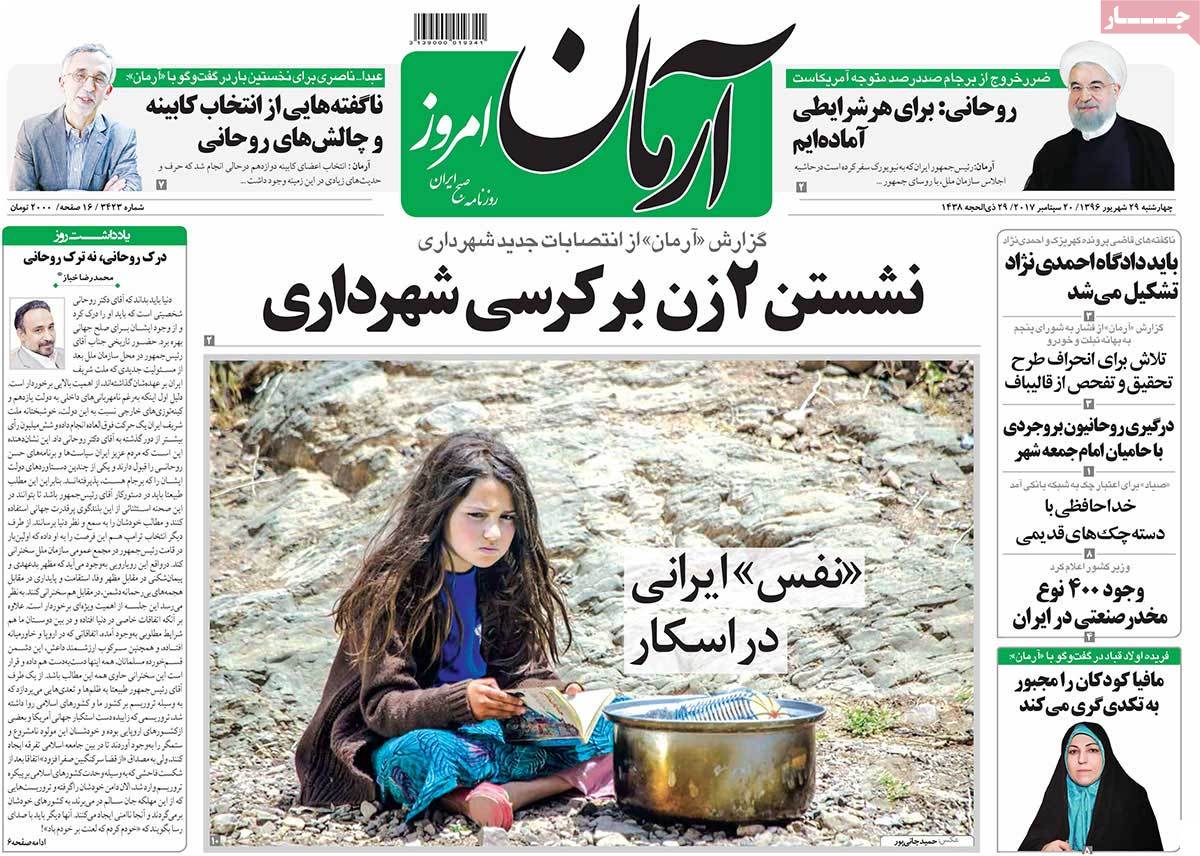 1- Iran Governed Based on People’s Will, Democracy 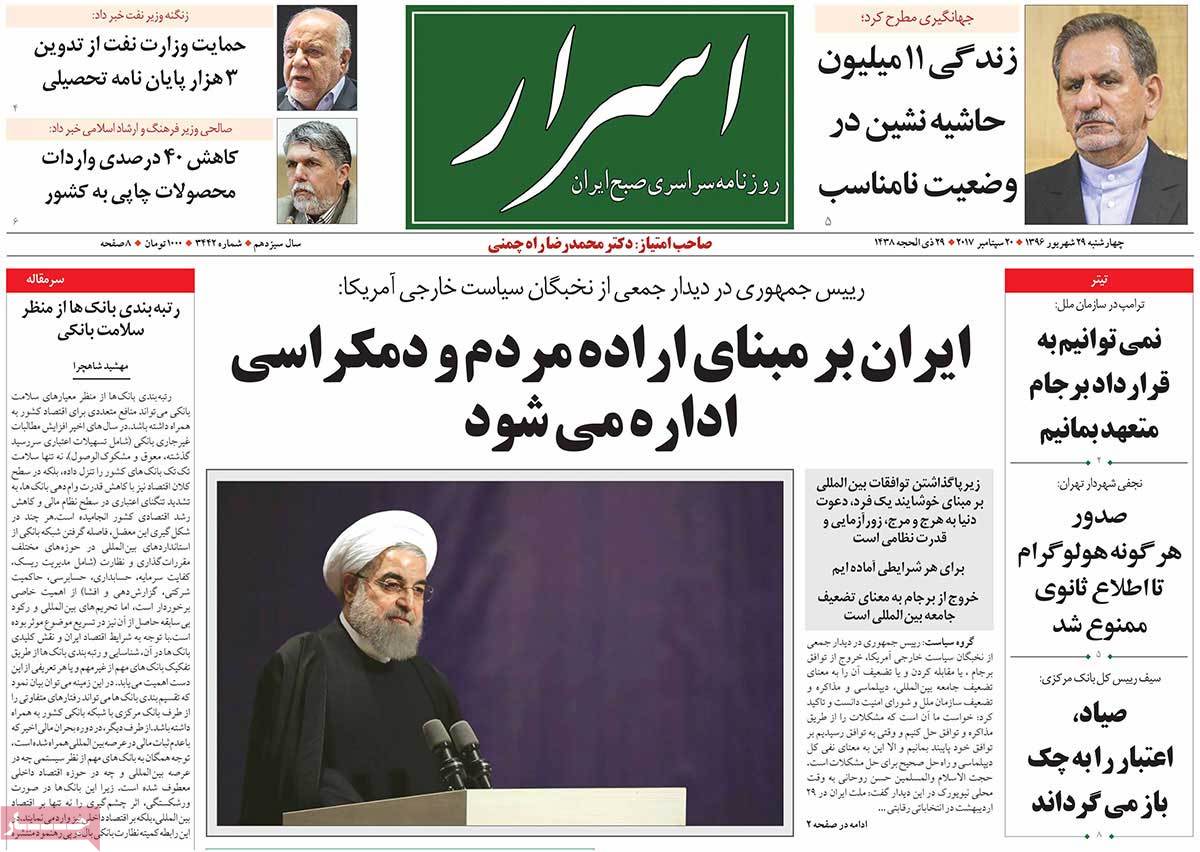 1- First VP: All Iranian Bodies Should Be Mobilized to Counter Social Ills 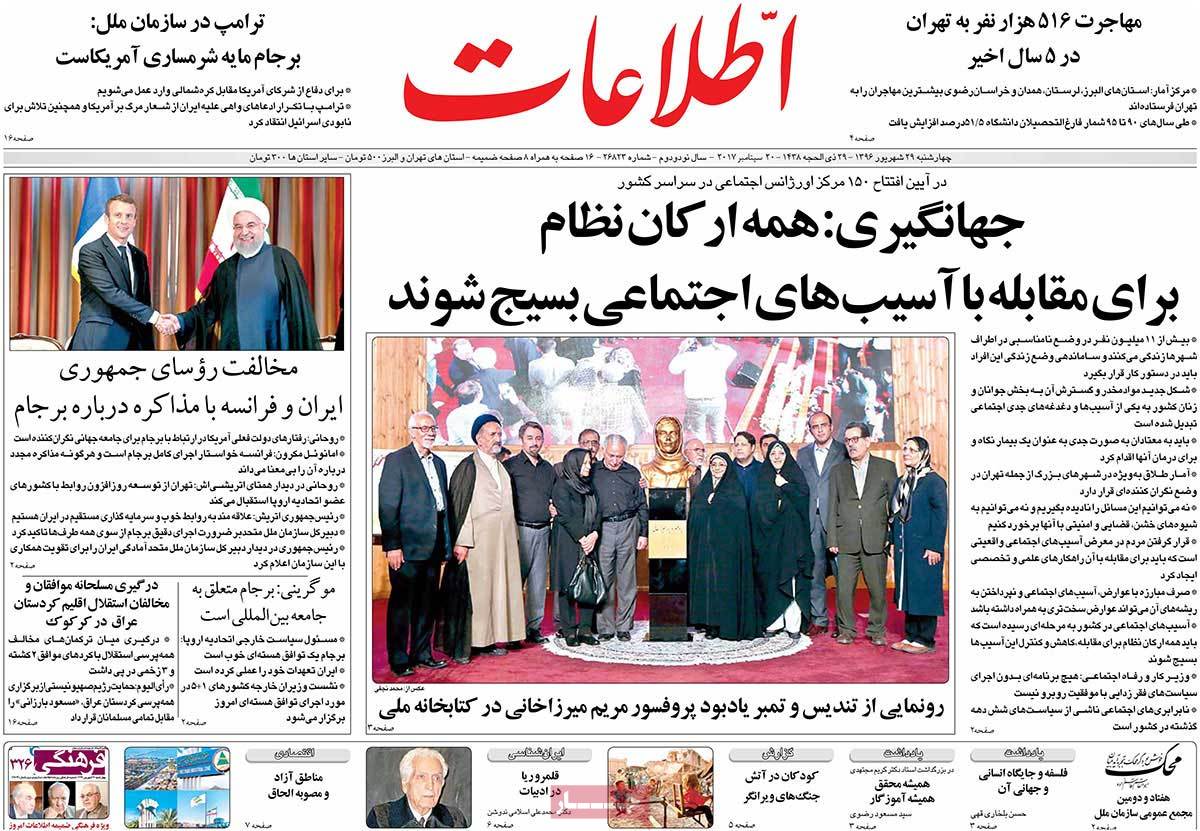 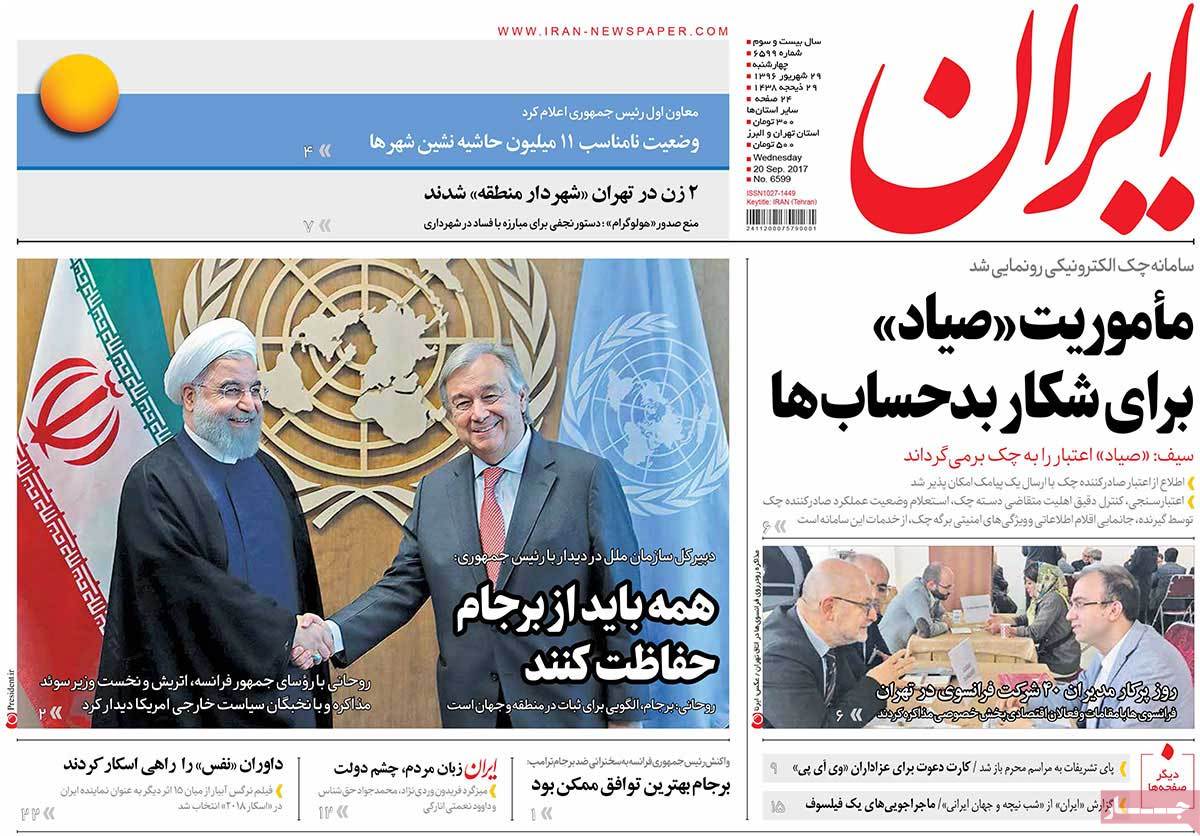 2- Trump Says Whatever He Wants against Iran 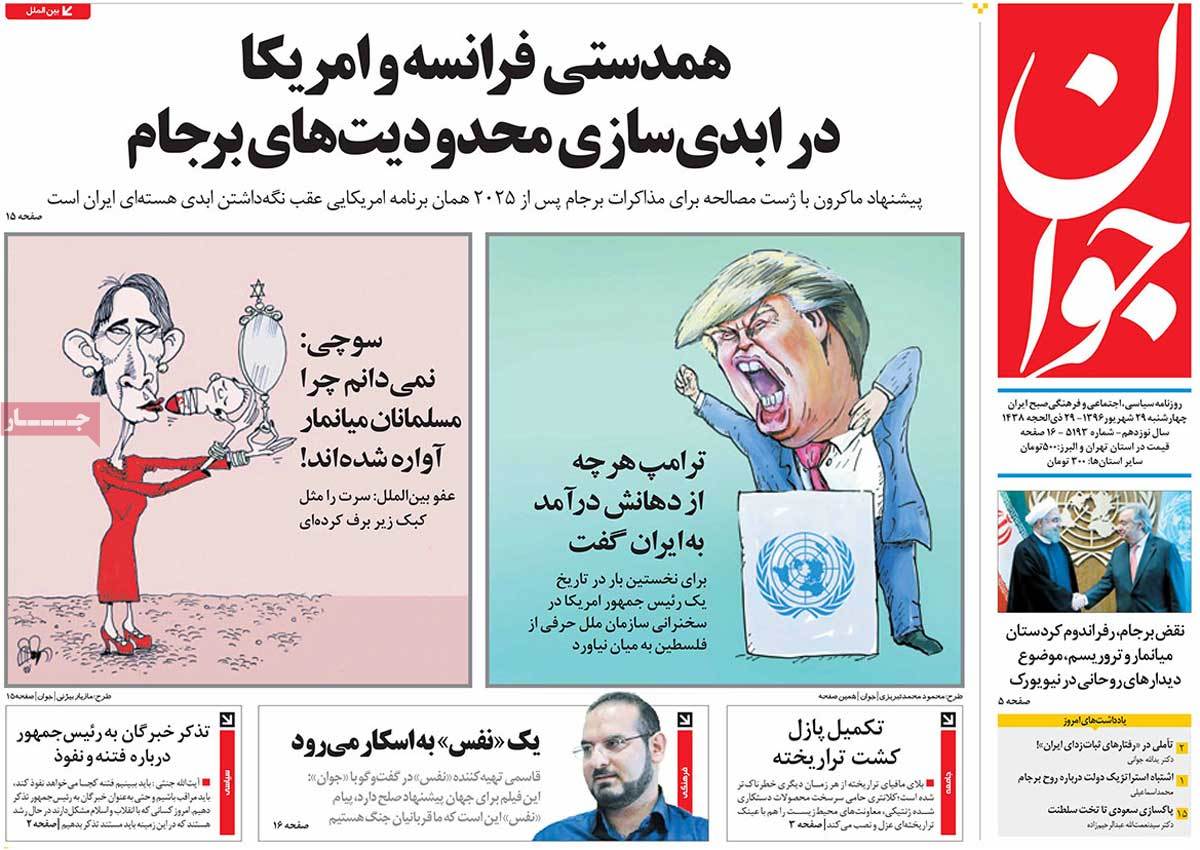 1- Over 70 Top European Officials Warn Trump: US Should Stay Committed to JCPOA 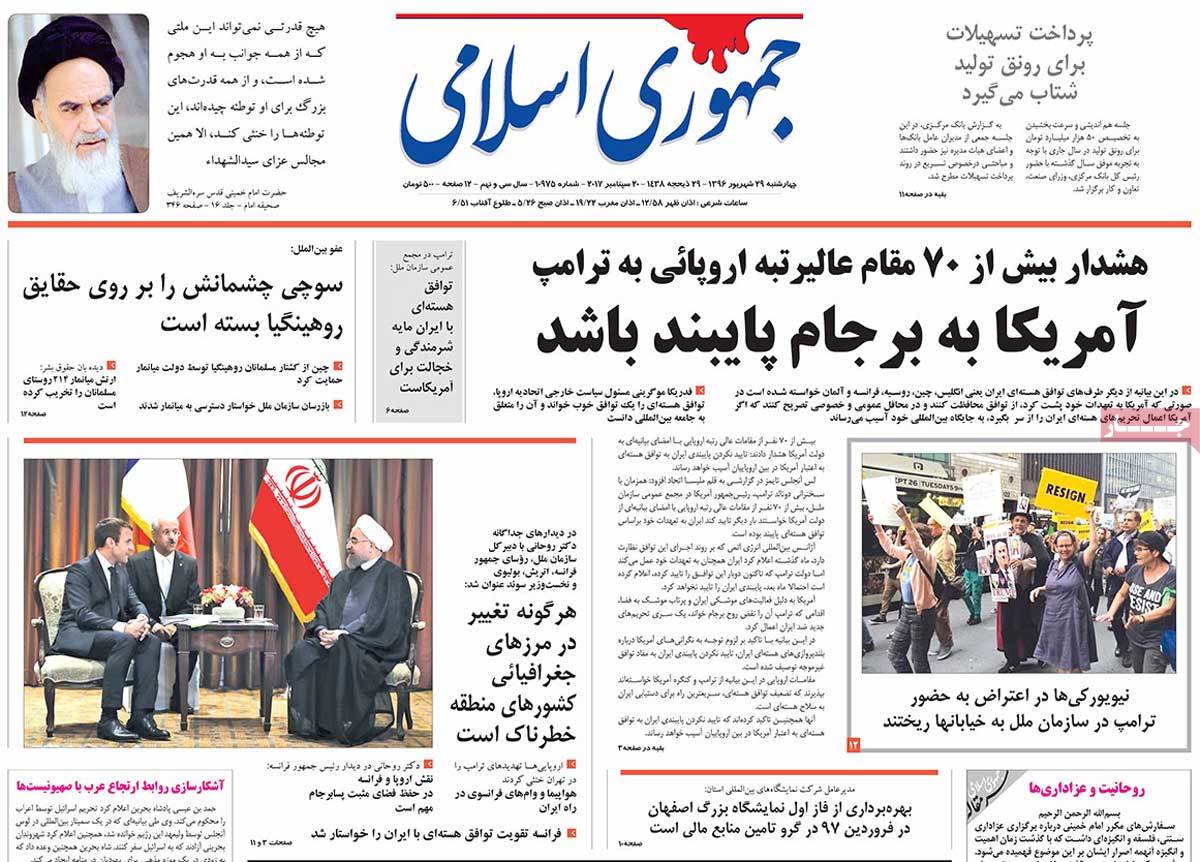 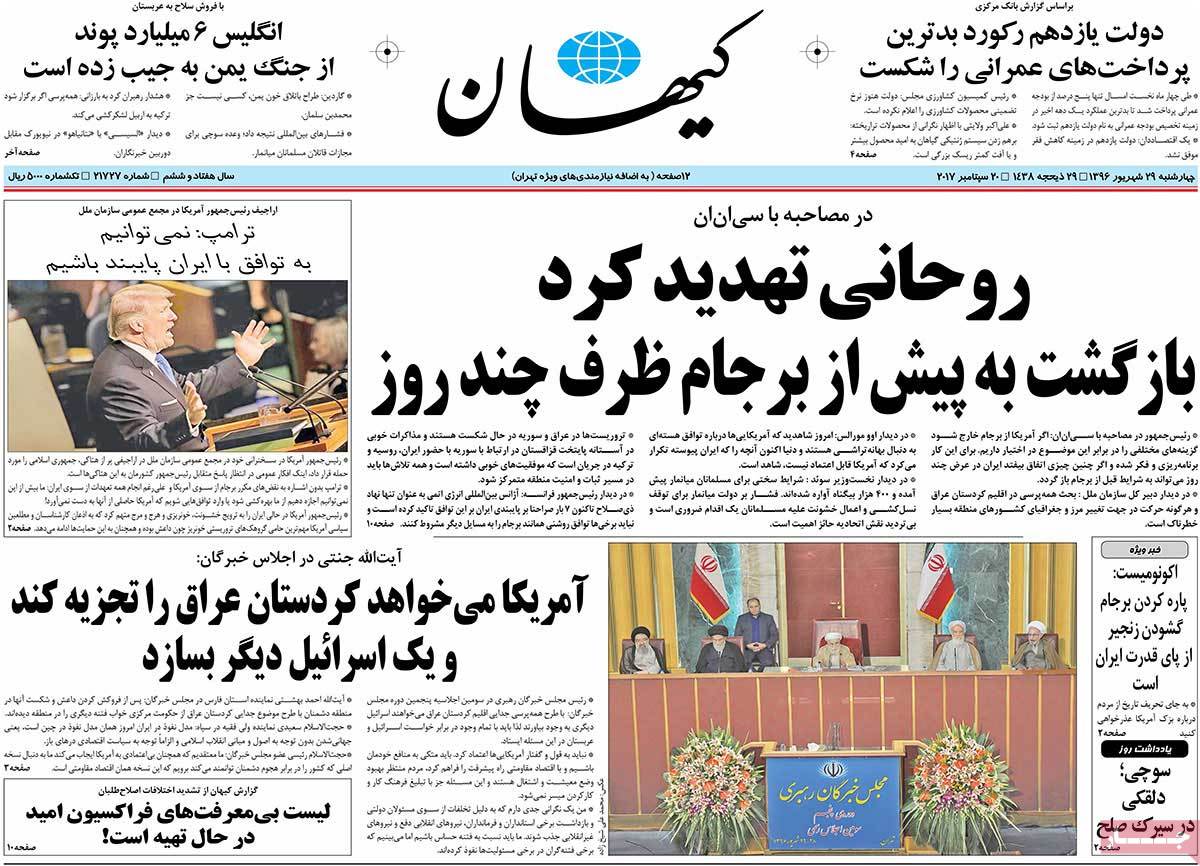 1- Rouhani: Iran Not Worried about Any Threat

2- Rouhani: Why Should N. Korea Waste Its Time on Negotiation When US Exits JCPOA? 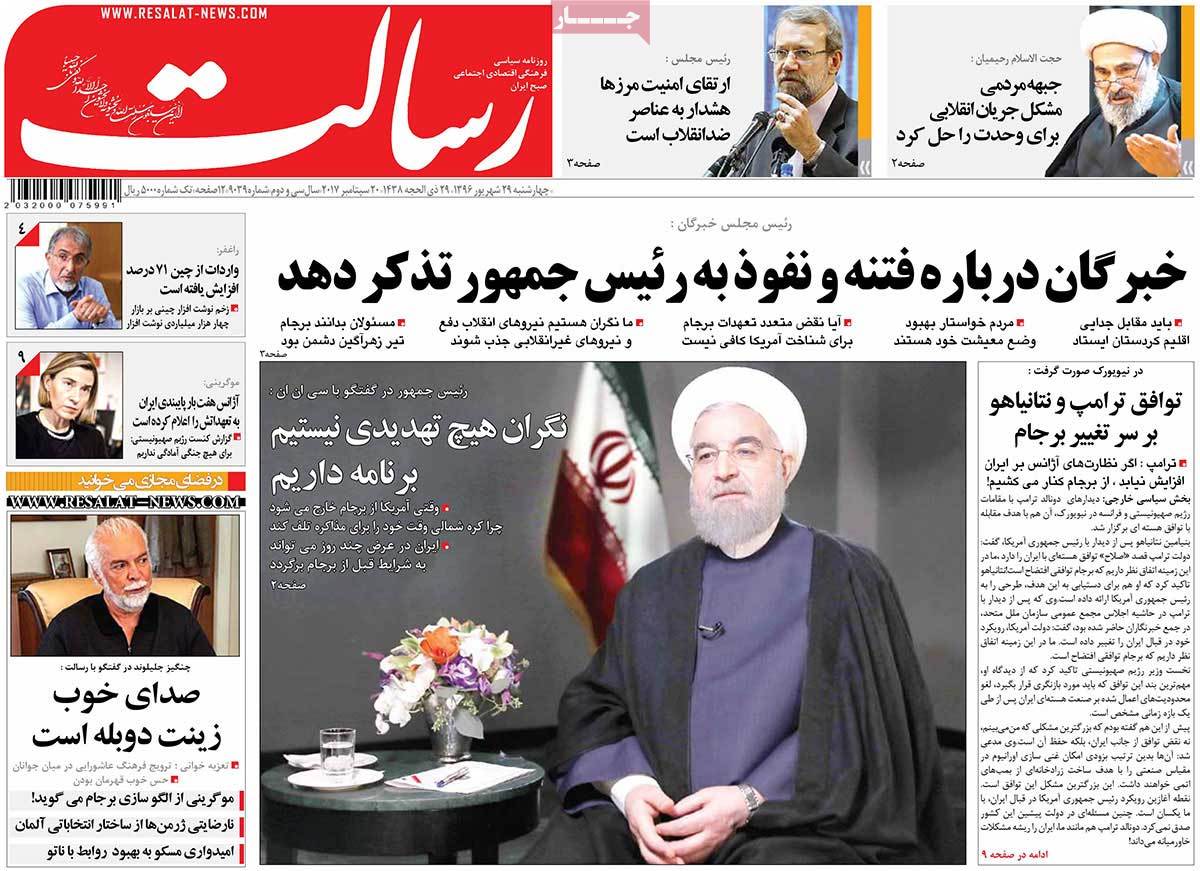 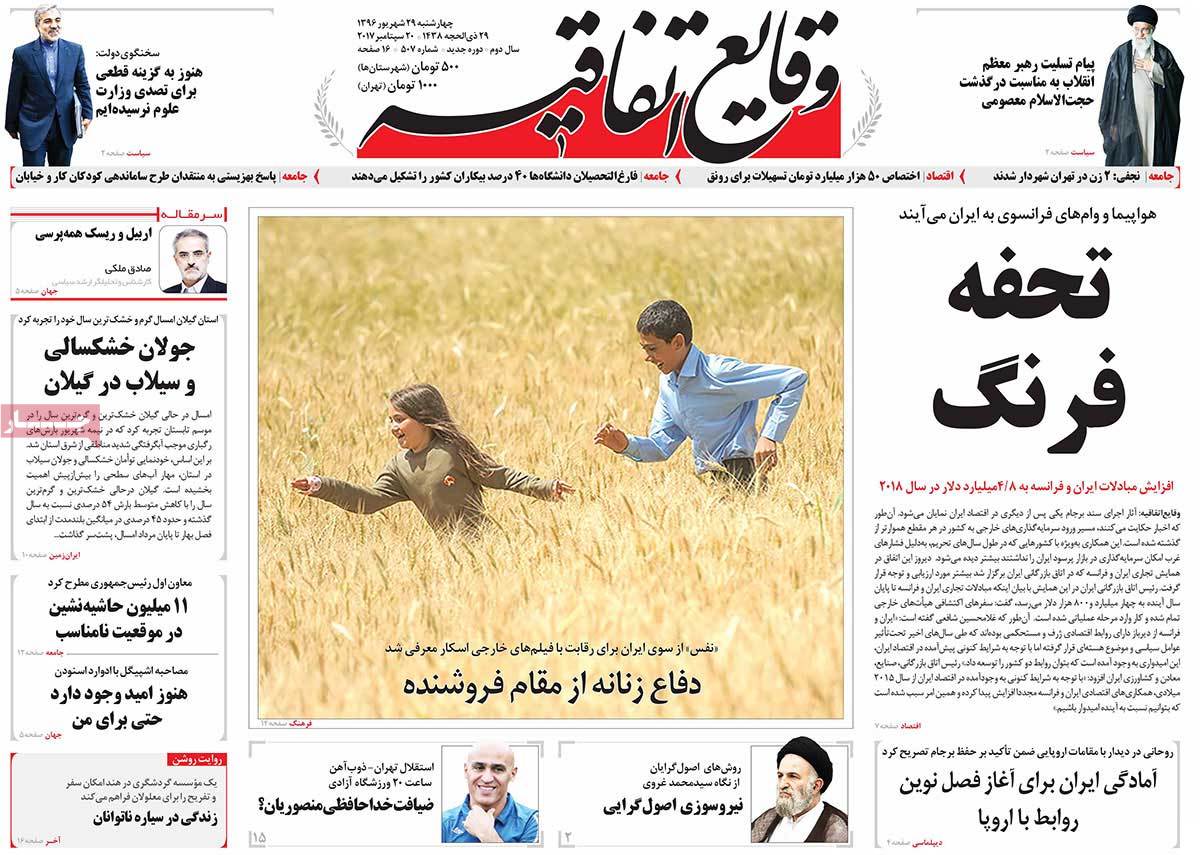