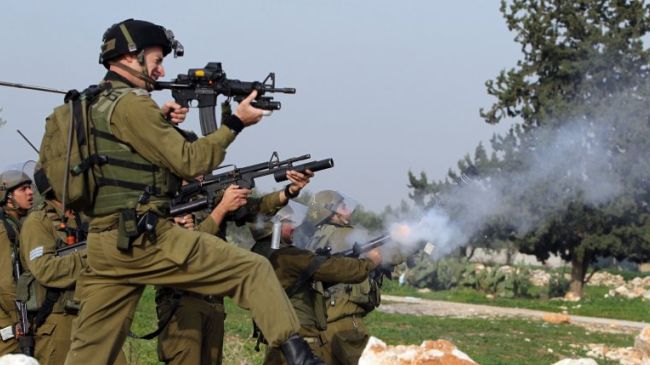 Press TV- At least nine people have sustained injuries after Israeli military forces stormed a town near the occupied Jerusalem al-Quds, and engaged in clashes with a group of local residents.

Hani Halabia, a local activist, said the Israeli troops raided Abu Dis on Wednesday, triggering clashes with the locals. The soldiers fired tear gas and stun grenades to disperse the crowd, forcing schools and classes at al-Quds University to close.

Halabia added that school children suffered breathing difficulties and had to be evacuated from schools as tear gas smoke had covered the area.

The activist further noted that one protester was struck by a live bullet, while the others were injured by rubber-coated steel bullets.

The occupied Palestinian territories have witnessed new tensions ever since Israeli forces introduced restrictions on the entry of Palestinian worshipers into the al-Aqsa Mosque compound in East Jerusalem al-Quds in August 2015.

More than 300 Palestinians have lost their lives at the hands of Israeli forces since the beginning of October 2015.

The al-Aqsa Mosque compound is a flash point Islamic site, which is also holy to Jews. The mosque is Islam’s third holiest site after Mecca and Medina in Saudi Arabia.