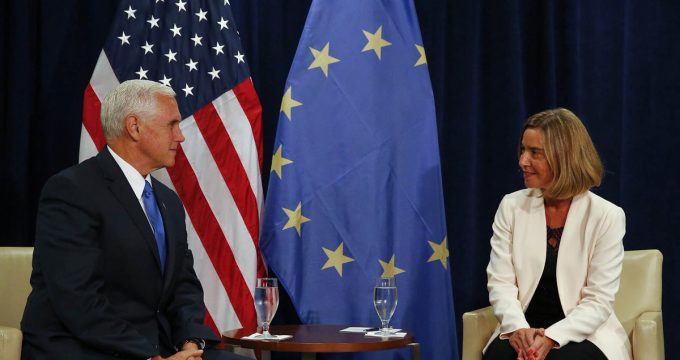 Federica Mogherini made the remarks Tuesday in a meeting with Michael Richard Pence, the Vice President of the United States.

‘In the discussion on Iran ahead of tomorrow’s ministerial meeting on the implementation of the Joint Comprehensive Plan of Action (JCPOA), the High Representative reaffirmed that JCPOA is working, and that Iran is delivering on its commitments, as certified so far seven times by the International Atomic Energy Agency (IAEA),’ she said.

‘It is therefore important that the deal is fully and effectively implemented; in all its parts and by all parties.’

Mogherini criticized US Ambassador to the United Nations Nikki Haley’s recent allegations on JCPOA, and said, ‘It has not been a deal between two countries.’

The Group 5+1 (the US, Russia, China, France and Britain plus Germany) ministers are scheduled to hold meeting on the implementation of the JCPOA today in New York.