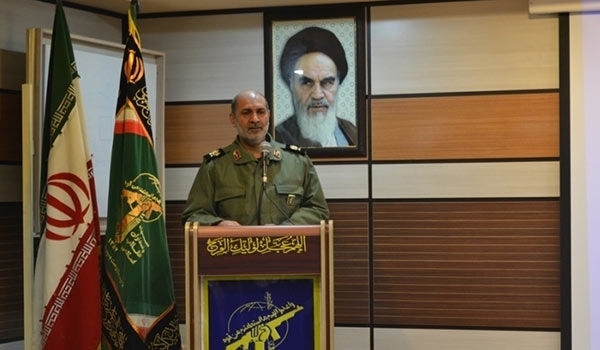 “Holding a referendum under the conditions that we are moving to the post-ISIL era can pave the ground for serious regional challenges for Iraq and other neighboring states,” General Sanayee Rad said on Tuesday.

Referring to the Iraqi government and parliament’s opposition to the referendum, he said President of the Iraqi Kurdistan region Massoud Barzani has dissolved the parliament in the region in the past few years and ruled the region via ethnic and family ties and his plan to hold a referendum rather than benefiting the Kurdish people is a personal move for family gains.

“In addition to the Iraqi officials and people and the neighboring states, the European countries are also opposed to the referendum plan after experiencing insecurities in Europe,” General Sanayee Rad said.

The demand came after Iraq’s Supreme Court on Monday ordered the deferral of the September 25 referendum to examine whether such a poll would be constitutional.

“The Supreme Court has issued the order to suspend organizing the referendum set for September 25… until it examines the complaints it has received over this plebiscite being unconstitutional,” the court said in a statement.

The court added in the statement that the decision was taken after it “reviewed requests to stop the referendum.”

“We have received several complaints and this is why we decided to suspend the referendum,” the Supreme Court spokesman, Ayas al-Samouk, said.