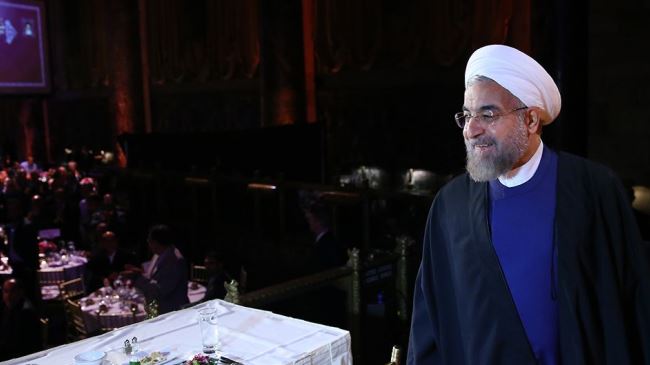 MNA – President Rouhani called on all Iranians, including those living abroad, to join hands to make Iran a more prosperous and honorable place in the international arena.

President Rouhani called on all Iranians, including those living outside the country to join hands to build a more prosperous, glorious Iran in the international stage.

President Rouhani addressed Iranians residing in the United States late on Sunday local time and said, “we need all Iranians everywhere in the world to build our Islamic Iran and all Iranians who love their country must have a role in the future of Iran”.

He added, “just like the time Iranians residing overseas took part in the May 19 elections, they should engage in interaction with universities, scientific and technological parks and economic sectors, as well as trade and investment”.

Iranians residing outside the country can contribute to Iran’s glory in cultural, scientific and technological interaction, said Rouhani adding: “What we want from you dear Iranians is to increase your share in Iran’s progress more than before”.