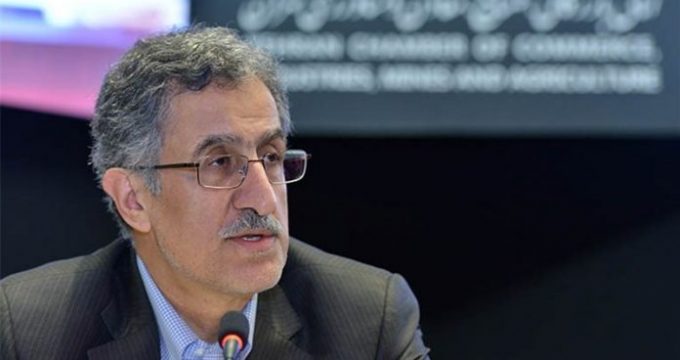 MNA – TCCIMA chairman said the Chamber will begin to reform structure of the Iranian economy in cooperation with PricewaterhouseCoopers (PwC) Company.

Masoud Khansari, Head of Tehran Chamber of Commerce, Industries, Mines and Agriculture (TCCIMA), while addressing a joint meeting with private sector activist and representatives of PwC multinational professional services network, said “following implementation of the Joint Comprehensive Plan of Action (JCPOA), the country’s political situation has improved and foreign investors are interested in participating in the Iranian economy, but unfortunately, the emerged opportunity has not been seized as much as expected.”

The official said, in the post-sanction era, local banks, as a result of pressures that they sustained during sanction years, failed to communicate well with foreign counterparts; “moreover, certain domestic issues remained unresolved in the meantime as Iranian banks failed to adapt themselves to international regulations during the last ten years; for the same reason, firms in the country also failed to establish strong links with foreign parties.”

“Over the past two years, Tehran Chamber has established an office to attract foreign investment and appropriate measures have been taken in this regard,” stated Khansari adding “TCCIMA has sought to identify and eliminate bottlenecks in rules and regulations which hinder presence of foreigners as well as to single put potentials for attracting foreigners.

He went on to add that another restriction pertained to Iran’s global economy rankings; “in the same vein, TCCIMA calls on PwC to offer proposals for promotion of the country’s in Index of Economic Freedom.”

He said companies in the country should be able to establish a good relationship with foreigners in a bid to attract foreign investors; “we need to comply with international standards hence the joint meeting with PwC who can help with implementation of reform in the country’s economic structure.”