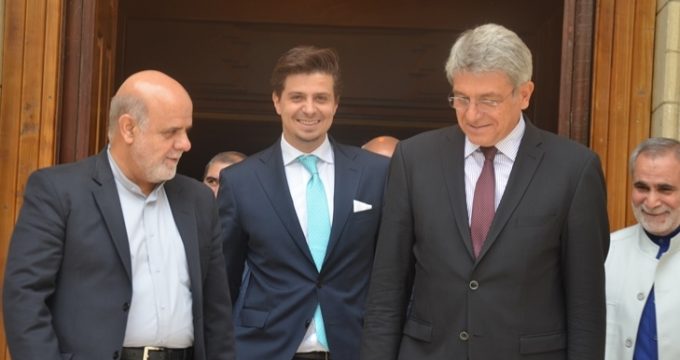 Iran’s ambassador to Iraq Iraj Masjedi and his French counterpart Bruno Aubert during the meeting held in Baghdad, discussed Iraq and the regional issues, as well as the independence referendum scheduled to be held on Sep 25 in the Iraqi Kurdistan region.

France is among the European countries that is opposed to the referendum.

Turkey’s ambassador also held talks with Masjedi at Iran’s embassy Sunday night and discussed the issue of Kurdish referendum and latest developments in the region.

Many countries across the world have warned on repercussions of the referendum.