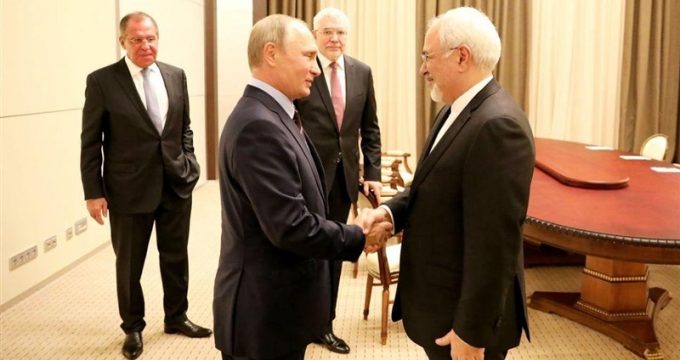 Al-Monitor- Iranian Foreign Minister Mohammad Javad Zarif traveled to Russia for a one-day visit Sept. 13 to meet with Russian President Vladimir Putin and other high-level officials to discuss the nuclear deal, including inspections, and the situation in Syria.

“In consideration of America’s policies with regard to the nuclear deal, coordination between Russian and Iran is needed,” Zarif told reporters upon arriving at Putin’s summer residence in Sochi near the Black Sea. “We have had good coordination in the past on this issue, and the two countries have supported each other’s positions at international organizations, and Russia has supported Iran well in the discussions on the nuclear deal.”

Zarif continued, “We are facing mutual challenges.” Noting that Syria was a focus of the trip, he added, “The most important challenges are regional.”

Iran and Russia have come to the support of the Damascus government more than any other countries in the ongoing Syrian civil war. Turkey, which has long opposed the government of President Bashar al-Assad and has supported the armed opposition, has recently been in talks with Russia and Iran to de-escalate fighting in parts of Syria.