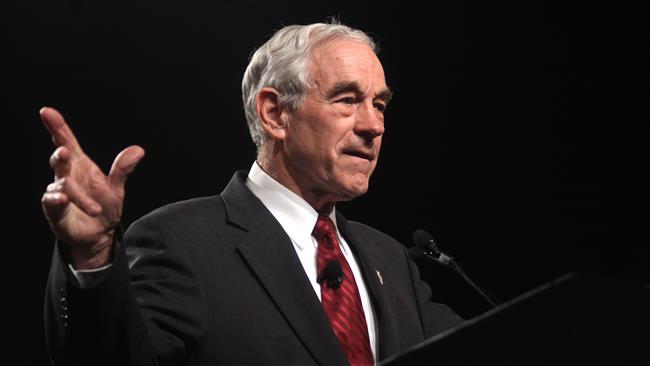 Press TV – Former US Congressman and political analyst Ron Paul says the neoconservative case against the Iran nuclear deal is one big lie, and wonders why President Donald Trump listens to American Ambassador to the United Nations Nikki Haley and neocons when it comes to Iran.

Dr. Paul, a three-time American presidential candidate and the founder of the Ron Paul Institute for Peace and Prosperity, made the remarks in a recent interview after Trump accused Iran of violating “the spirit” of  the international nuclear deal.

“The Iran deal is one of the worst deals I’ve ever seen, certainly at a minimum the spirit of the deal is atrociously kept,” Trump said on Thursday, after the US Department of the Treasury announced economic sanctions on 11 individuals and companies in Iran.

Dr. Paul said that Trump has been consistent in his animosity toward Iran and especially the Iran deal.

He said that the neocons hated the 2015 nuclear agreement, known as the Iran Joint Comprehensive Plan of Action (JCPOA) “and they wanted to undo it, which seems to be pretty impractical.”

The nuclear deal was reached between Iran and the P5+1 group of countries — the US, Russia, China, France, and Britain plus Germany — in July 2015 and took effect in January 2016. Under the deal, Iran undertook to put limitations on its nuclear program in exchange for the termination of all nuclear-related sanctions against Tehran.

“Quite frankly, I think, it was a significant event, and positive event and history will show that was very positive just as the history has shown that Nixon at least talking to the Chinese was a lot better than the continuation of killing each other,” Dr. Paul said.

“So I think this whole plan was well-motivated. And I think when people deserve credit they are ought to get it. But you know the control of a lot of information is done by neoconservatives, so they certainly wouldn’t want to give Obama any credit for this agreement,” he stated.

Dr. Paul’s co-host, Daniel McAdams, added, “Yeah, the neocons hate the deal but these are the same neocons who said, ‘Hey, let’s take down Saddam. It’s going to be a cake walk, democracy is going to spring up all over. These are the guys who are always wrong.”

Trump is scheduled to decide on October 15 whether Tehran has breached the 2015 nuclear agreement, and some fear he may abandon the nuclear accord.

“This whole idea that they [Iranians] are not following the rules is – again — based on lies,” Dr. Paul emphasized.

The International Atomic Energy Agency (IAEA) has on multiple occasions affirmed Iran’s adherence to its commitments under the nuclear agreement.