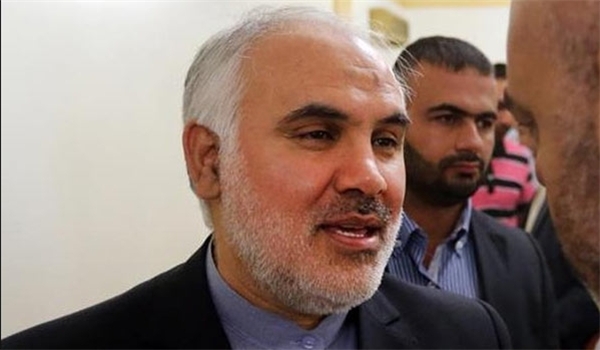 Press TV- Iranian Ambassador to Lebanon Mohammad Fat’h-ali has described Israel as the main source of security threats in the Middle East, saying that the West’s support for the regime hinders efforts aimed at countering regional threats.

In an interview with IRNA news agency published on Friday, Fat’h-ali said, “On the regional level, the Zionist regime is the main source of security threats. In all historical periods, this regime has had an aggressive posture.”

The pattern of Tel Aviv’s behavior is “based on occupying others’ territory, terror, expanding special military units, and trying to topple and [wage] military operations against other countries,” the Iranian ambassador to Lebanon said. “The Zionist regime attempts to ensure its security through turning a blind eye to the security of other players.”

The West and the US’s support for Israel and their pressure on some regional countries to normalize their ties with the regime “is one of the impediments to coping with regional threats,” Fat’h-ali said.

The Iranian diplomat said that Iran’s security doctrine was solely defensive and based on deterrence.

“We believe that security is ensured in the region through the cooperation of regional countries and not by foreign powers,” he pointed out.

Fat’h-ali also stressed that establishment a new security order in the region in the post-Daesh era was “inevitable.”

“The Islamic Republic of Iran, as one of the most important players in the region…, considers collective security for all by using regional countries’ capabilities and without the presence and interference of the extra-regional countries as the best way to establish West Asia’s security order,” he said.

The Daesh Takfiri terrorist group, which is mainly active in Syria and Iraq, has been forced to retreat from much of the territory under its control in recent months.