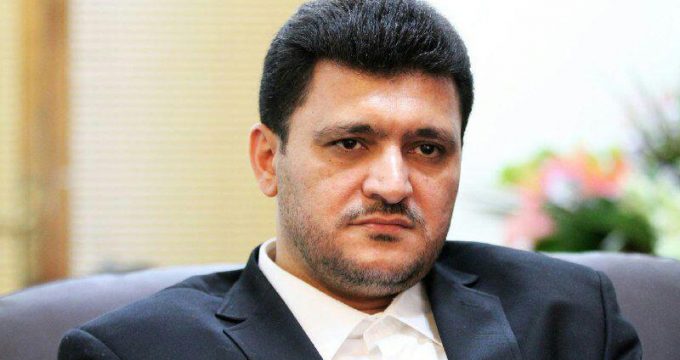 US breach of nuclear deal detrimental to European credibility

Financial Tribune- The violation of the landmark 2015 Iran nuclear deal by the United States would be tantamount to breaking international law, a lawmaker said, noting that the European parties to the deal should try to make the US stay committed or they would also sustain damages.

In a recent talk with ICANA, Ali Bakhtiar added that the nuclear deal, officially called the Joint Comprehensive Plan of Action, is regarded as international law as it has been endorsed by the United Nations Security Council.

“The US knows the importance of this matter and tries not to violate the deal unilaterally. That is why it wants to persuade [the European partners] to follow suit,” he said.

Since assuming office eight months ago, US President Donald Trump, who called the agreement brokered with Russia, China, Britain, France and Germany “the dumbest deal perhaps I’ve ever seen in the history of deal-making”, is itching to walk out of the accord.

At issue is an upcoming White House decision on whether to certify that Iran is meeting its end of the bargain. Congress mandated such checkups every 90 days and the next deadline is in October.

Trump has twice signed off on such certifications, but did so grudgingly in July. He then told the Wall Street Journal that he “would be surprised if they were in compliance [by the next deadline]”.

This is while the International Atomic Energy Agency has repeatedly certified Iran’s compliance with the deal, saying that the Islamic Republic is under “the world’s most robust” nuclear inspection regime.

“Iran is subject to the world’s most robust nuclear verification regime. Our inspectors are on the ground 24/7. We monitor nuclear facilities, using permanently installed cameras and other equipment.”

The lawmaker said in case the US tries to breach the JCPOA, the Europeans would probably resist it since they know the consequences would place them at a disadvantage.

The abrogation of the nuclear deal would lend a tremendous blow to the international credibility of major powers that signed the deal with Iran.

Bakhtiar said the Europeans do not want to be part of the US game and be blamed for its collapse, urging them to pool their efforts to make the US remain committed to the deal.

Federica Mogherini, the EU foreign policy chief, has voiced strong support for the deal with Iran, saying it represented “the European way to foreign policy.”

“This was not an agreement between two countries, I have repeated it time and again and I have the impression that we will need to repeat it time and again in the months to come,” she added, apparently referring to the increasing American rhetoric and hostile acts against the deal.

Separately, French President Emmanuel Macron has come out in support of the multilateral nuclear deal with Iran, saying France sees “no alternative” to the agreement.

On Sunday, German Chancellor Angela Merkel became the last European leader to praise the deal, saying it could be regarded as a model to solve the North Korean conflict.

The deal was “a long but important time of diplomacy” that ultimately had a good end, she said.

Lawmaker Ardeshir Nourian warned against any unilateral walkout of the deal, saying this would effectively spell the end of the agreement.

“But it seems that European countries, like France and Germany, would not allow the US to breach the deal,” he concluded.