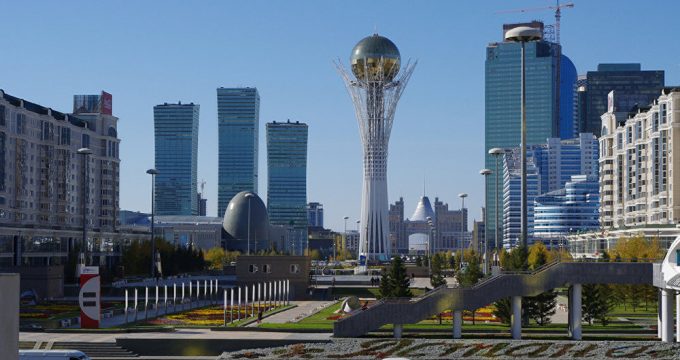 TASS– The Astana process participants have directly approached signing of an agreement on de-escalation zones in Syria, head of the Russian delegation Alexander Lavrentyev told reporters.

“We are very close to the signing of an agreement on the establishment of all four de-escalation zones, but I won’t assess this event so far,” he said. “I’d like to stress that everyone wants peace to be established on Syrian soil.

And everyone realizes, understands and welcomes the entire work that is being done for establishment of the de-escalation zones,” the diplomat added.

All three guarantors of the Astana process over Syria – Russia, Iran and Turkey – will be involved in control of the de-escalation zone in Idlib, the diplomat said. “Participation of monitors from all three guarantor states – Russia, Turkey and Iran is envisaged,” he confirmed.

At the same time Lavrentiev avoided putting the emphasis on specific forces. “Work on this is underway,” he said, when asked where the contingents of guarantor countries would be stationed inside the de-escalation zone.

It has been agreed to create a trilateral Russian-Iranian-Turkish committee for the four de-escalation zones. “It should be borne in mind that one zone in Syria’s southwest was created with Jordan and the United States taking an active part,” he said. “This zone will continue to be promoted precisely in this format.”

Moscow is hopeful that the fight against terrorists in Syria will be over in the coming months, he added. “Syrian government forces have broken the siege of Deir ez-Zor and continue their offensive towards the positions of the IS (Islamic State terror group outlawed in Russia),” he said. “We hope that in the coming months the fight against the groups that support the IS will be over,” the Russian diplomat added.

The Russian delegation head stressed that later it would be possible to discuss the need to fight against other groups who seek to overthrow the current Syrian government. “However, we hope that the common sense will prevail and the opposition and will adopt a position aimed at finding peaceful solutions to the current issues, as well as points of contact with the central government,” Lavrentyev said.

The Kurdish issue plays an important role in the Syrian settlement, but it was not considered at the current round of talks in Astana, he added. “The Kurdish issue was not touched upon in Astana in principle,” he said.

At the same time he added that “this factor plays a very important role in the Syrian settlement.” “Certainly, we will consider it at the forthcoming sessions,” Lavrentiev said.

According to Lavrentyev, it is still premature to speak about granting the status of UN peacekeepers to observer missions in the Syrian de-escalation zones.

“At the moment, we believe it is premature to grant international status to the observers,” Alexander Lavrentyev said. He said, however, that if suggestions come to deploy military police units from other countries in de-escalation zones, “the guarantor states will consider them, as all decisions are taken on the consensus basis,” Lavrentyev added.

Members of the UN Security Council need to recognize Iran’s right to participate in the Syrian settlement process, he added. “At the moment, there are some members of the global community who do not wish to see Iran take part in the process,” he said. “So there is a need for everyone to recognize Iran’s right to take part in the Syrian settlement process, as well as in the country’s restoration, particularly, in the restoration of the destroyed infrastructure facilities,” the Russian diplomat added.

A new meeting on Syria in Astana, which may consider expanding the number of observer states in de-escalation zones, is planned for the end of October, he went on.

“It is quite possible that we will see new observers at next meetings that may take place at the end of October,” he said. “The backbone of the Astana process is the activity of three guarantor states – Russia, Turkey and Iran. That is why, other countries may be considered as observers, inducing of course such players as China, the United Arab Emirates, Egypt, Lebanon and Kazakhstan,” Lavrentyev said. “We look very closely at the criteria inder which this or that country can work as an observer,” he pointed.

“This meeting in Astana is final for establishment of de-escalation zones, but the Astana process will continue, because we still have a lot of problems and issues that are to be addressed in the Syrian settlement,” he said.

He stressed that “Astana is a very useful platform for coordination of different positions on different aspects of the Syrian settlement, including on political settlement and establishment of national truce committees.

“All these issues are gradually transforming into regular meetings. We all hope that our work that was done in Astana and before it will have a good result tomorrow and provide a basis for further advancement towards peace,” he concluded.

The sixth round of the Astana talks kicked off on Thursday in Kazakhstan’s capital. The participants will spend a day in bilateral consultations, and the final plenary meeting is set for September 15.