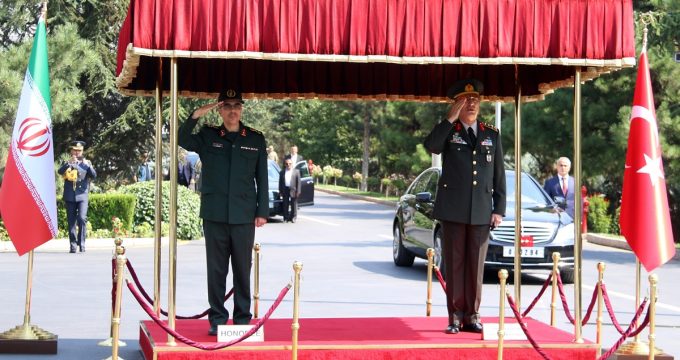 In a telephone conversation on Thursday, the two top generals said the referendum would have negative impacts on interests of the people of the region.

Baqeri and Akar said such a move would be dangerous for regional security, peace and stability.

They underlined the need for coordination among Iraq’s neighboring countries in opposing the referendum and preventing separatist plots in the region that could cause numerous political, social, and security problems.

They also discussed ways to enhance cooperation between the two countries’ armed forces.

Officials in Iraq’s semi-autonomous Kurdistan region have said the northern territory would hold the independence referendum on September 25.

Masoud Barzani, the president of the Iraqi Kurdish Regional Government (KRG), announced the vote on Twitter on June 7.

Iraqi parliamentarians have rejected the legitimacy of the vote and the central government in Baghdad which is strongly opposed to this move has said it will do everything possible to keep the unity of the country intact.

Iraq’s neighbors, including Iran and Turkey, are also strongly opposed to such a move.

In a recent visit to Turkey, Major General Baqeri said Tehran and Ankara share a common view on the Iraqi Kurds’ decision to hold an independence referendum.

He said Iran and Turkey believe that if the referendum is held, it would be a basis for more tensions and conflicts in Iraq.

The top Iranian general added that the consequences of the move could also spill over into neighboring countries and affect them.

“That is why officials from the two countries (Iran and Turkey) insist that this (plan) does not sound plausible and should not be implemented,” he stressed.