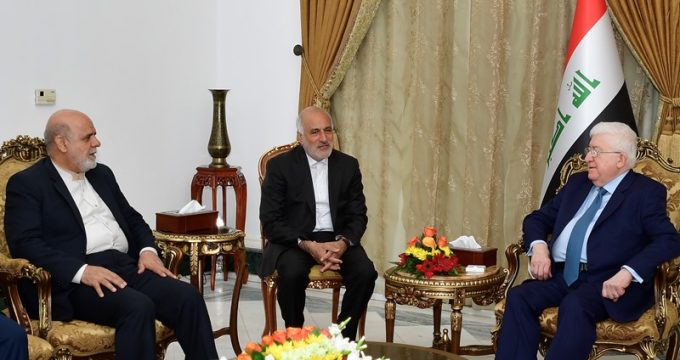 IRNA – Iraqi President Fuad Masum has acknowledged Iran’s support for Iraqi nation, particularly in ‘fight against terrorism’, a statement by his office read on Tuesday.

The Iraqi President in a meeting with Iran’s ambassador to Baghdad Iraj Masjedi emphasized enhancement of cooperation between the two neighboring countries in different spheres, according to the statement.

Masum in the meeting, held on Tuesday, appreciated Iran’s support to Iraqi people and government, especially in the battle against the terrorist group Daesh (ISIS).

The Iranian ambassador for his part stressed his country’s stance on supporting Iraq and promoting mutual ties between the two countries, according to the statement.

Masjedi also noted that it is in the two countries’ interests to open new horizons of cooperation.