A Look at Iranian Newspaper Front Pages on September 12

Iran Front Page- IFP has taken a look at the front pages of Iranian newspapers on Tuesday, September 12, and picked headlines from 16 of them. IFP has simply translated the headlines and does not vouch for their accuracy.

The plight of Rohingya Muslims who are being massacred by the Myanmar army remained a top story in today’s newspapers.

Another top story was a report by the International Atomic Energy Agency to the IAEA Board of Governors in which Iran’s compliance with the nuclear deal was once again confirmed. Several papers hailed the report as an example of the IAEA’s independence from the US.

1- Construction of 100,000 Houses for Low-Income People without Budget! 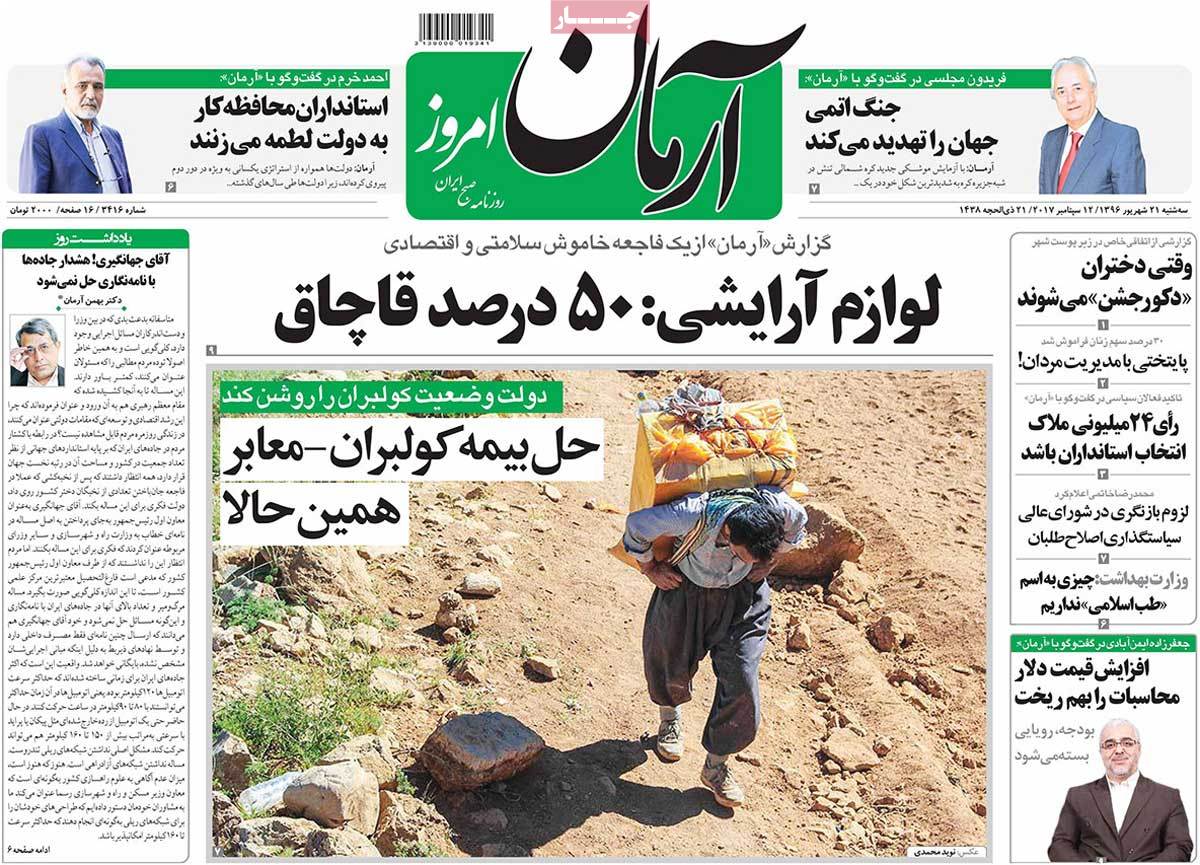 3- Cinema Is Now beyond Cinema 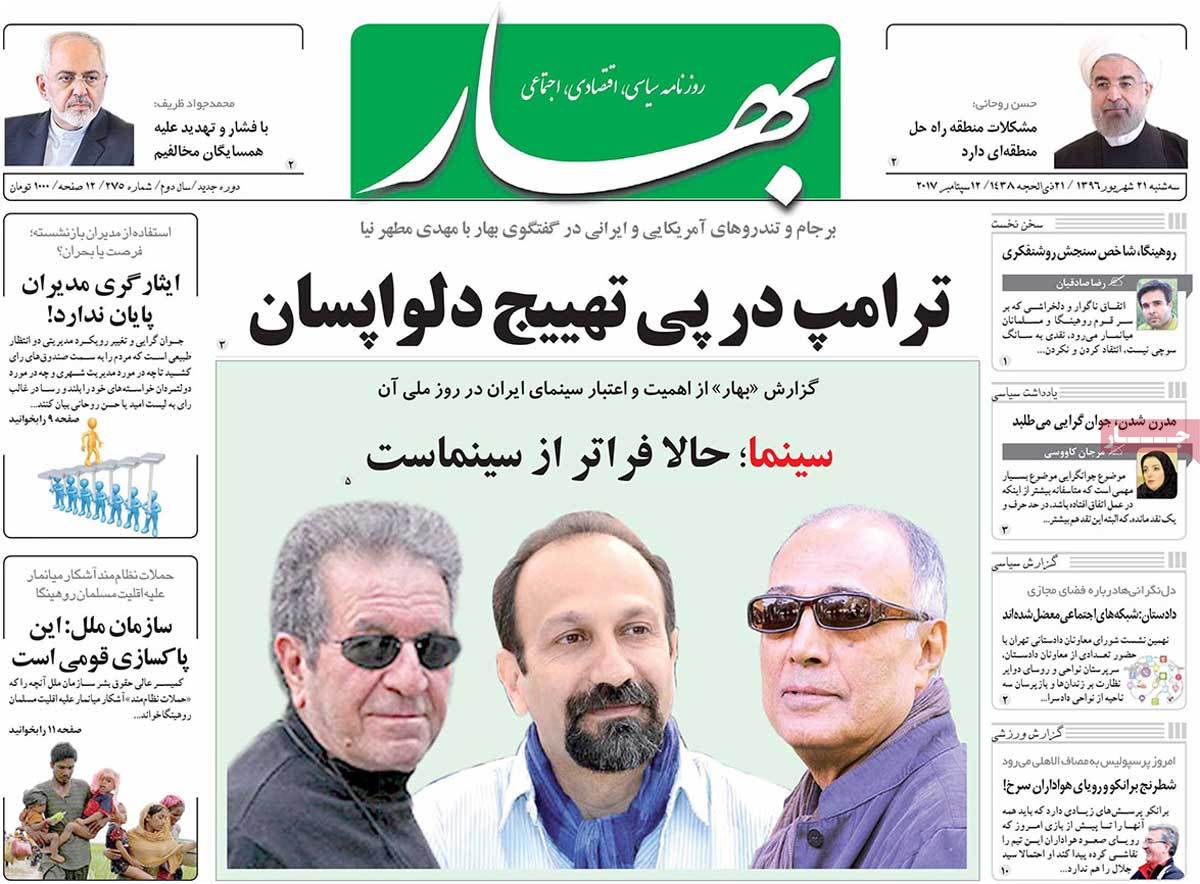 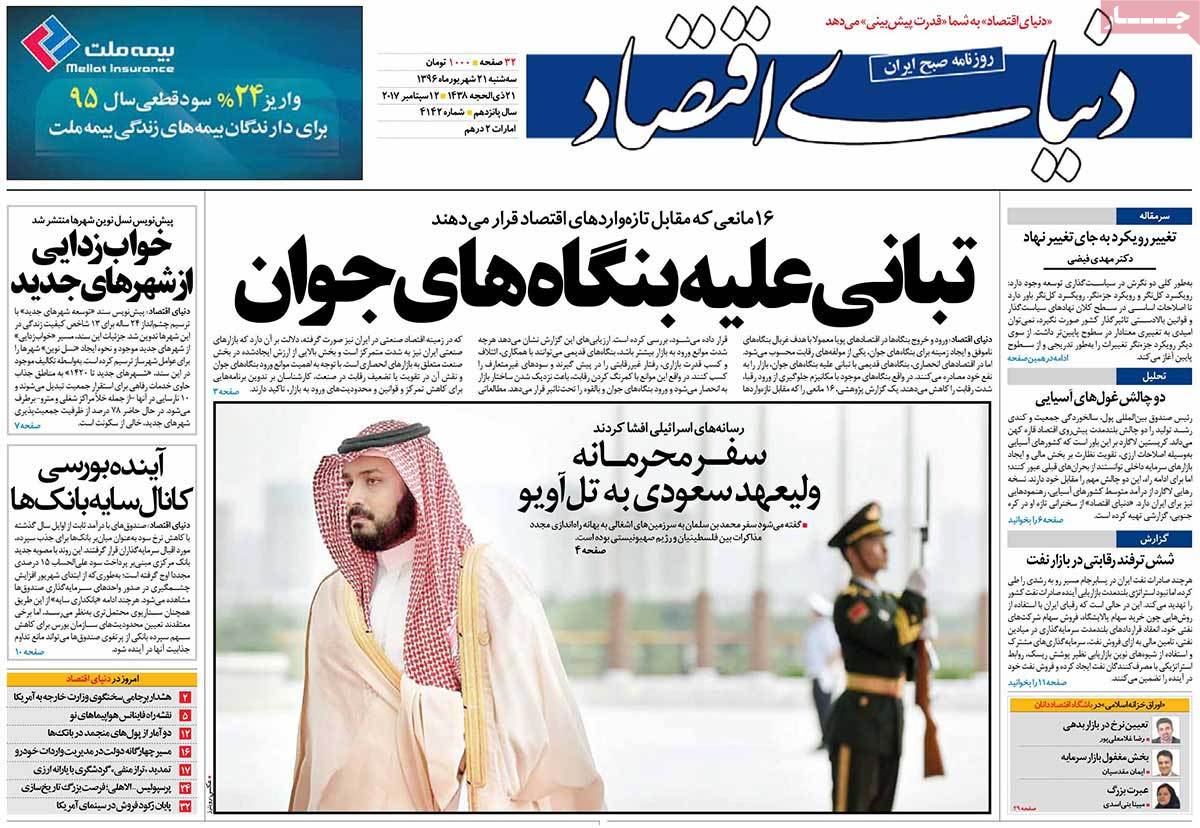 1- Rouhani: Iran Ready for Cooperation in Fight against Terror, Promotion of Peace

2- IAEA Declining to Meet US Demands 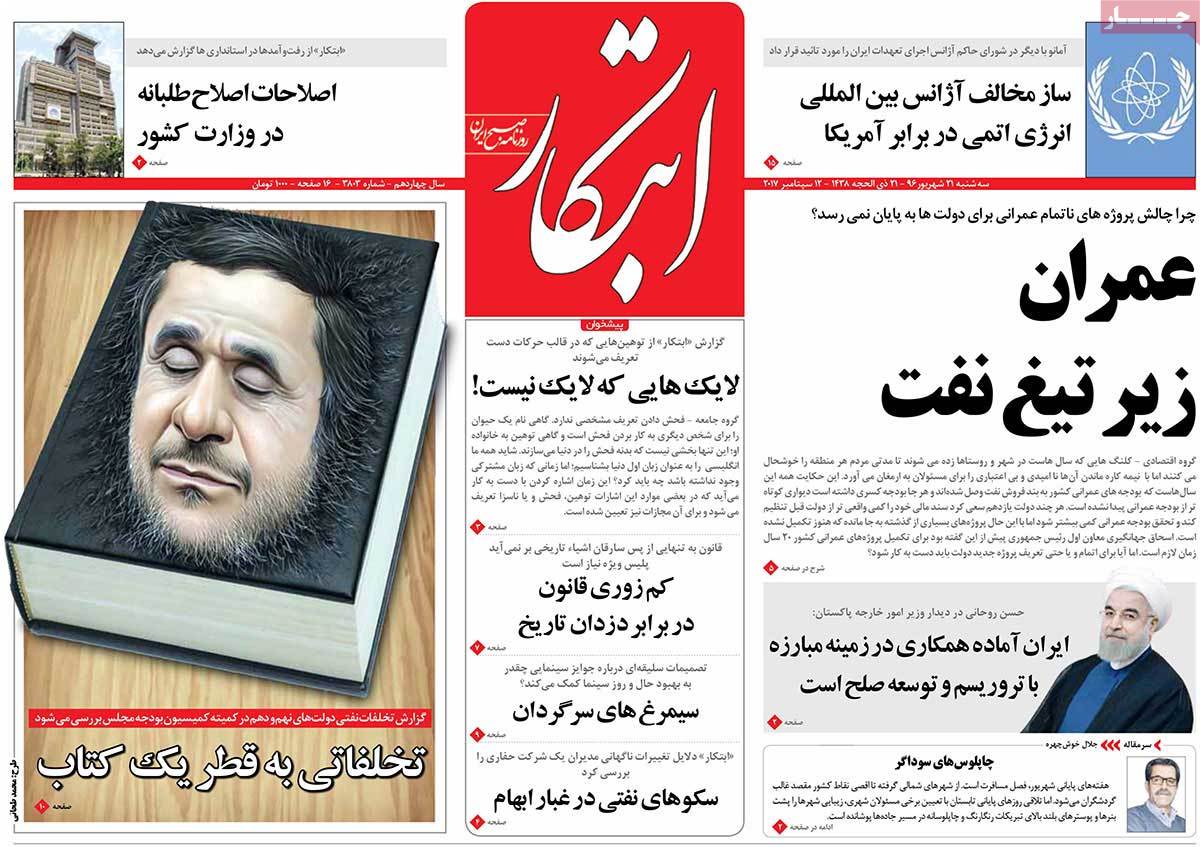 1- Qassemi: All Parties to Nuclear Deal Should Remain Committed 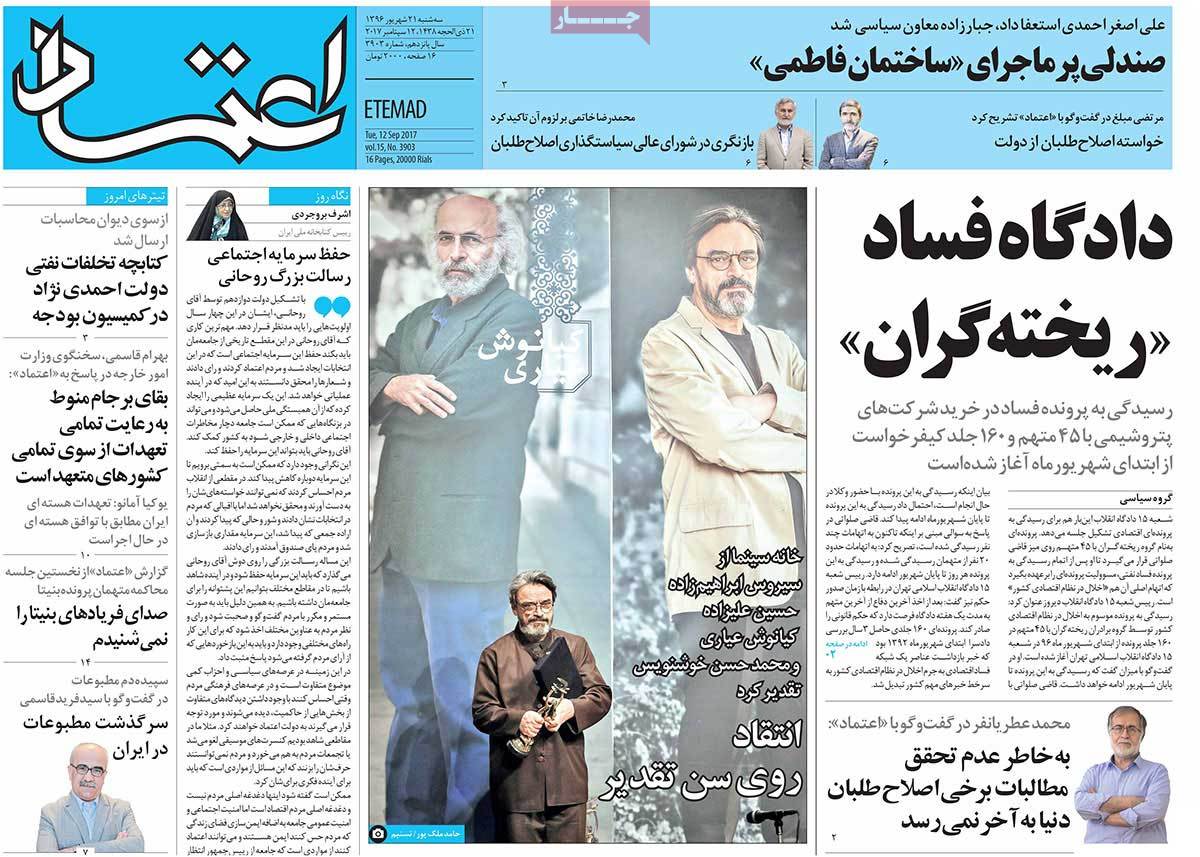 2- Rouhani: Iran Ready to Work with Regional States in Fight against Terror

3- Iran Has No Nuclear Cooperation with North Korea: Foreign Ministry 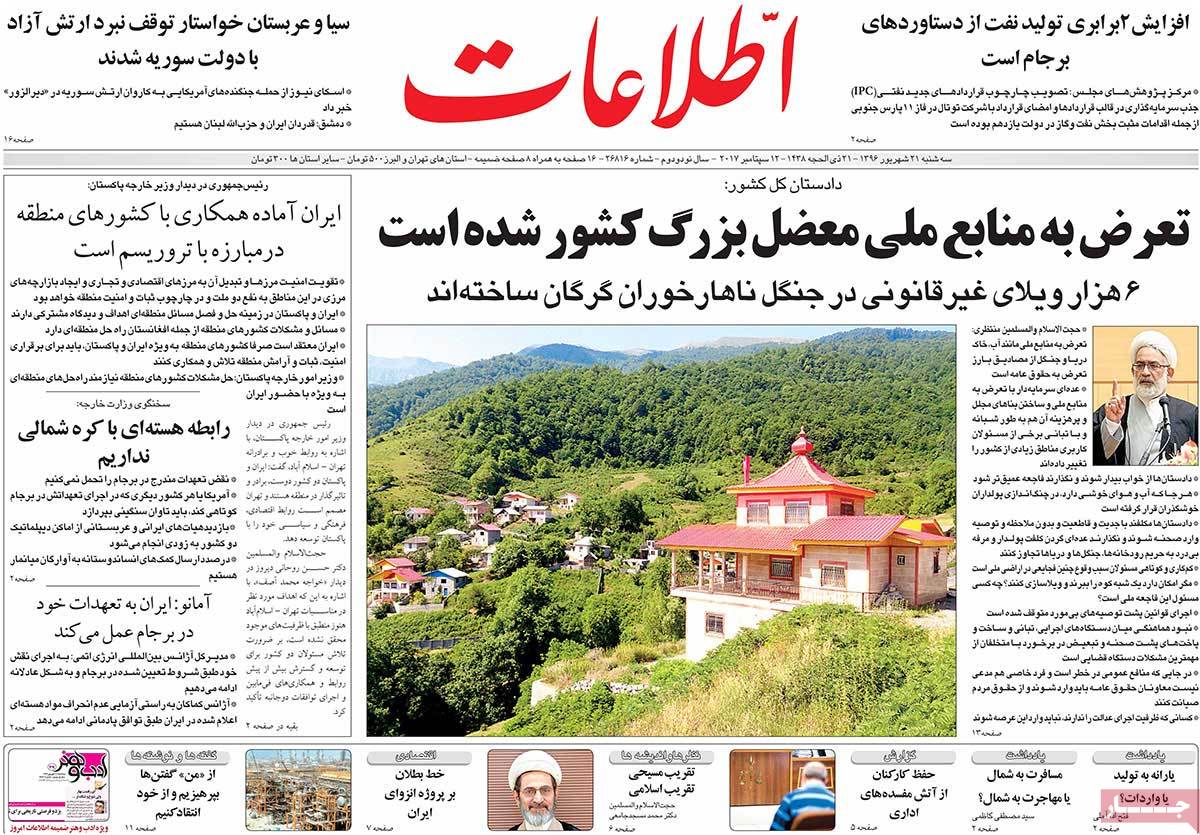 3- Amano Stands by Iran against US 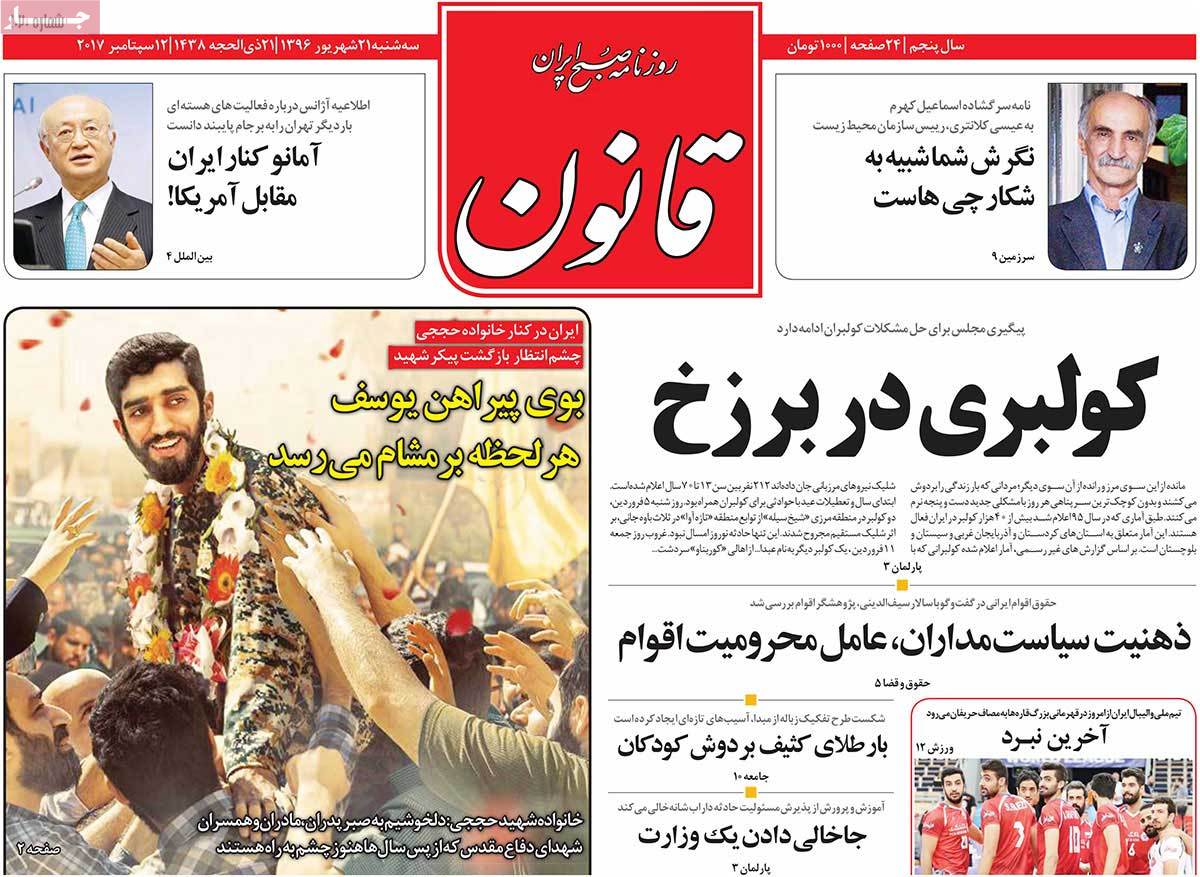 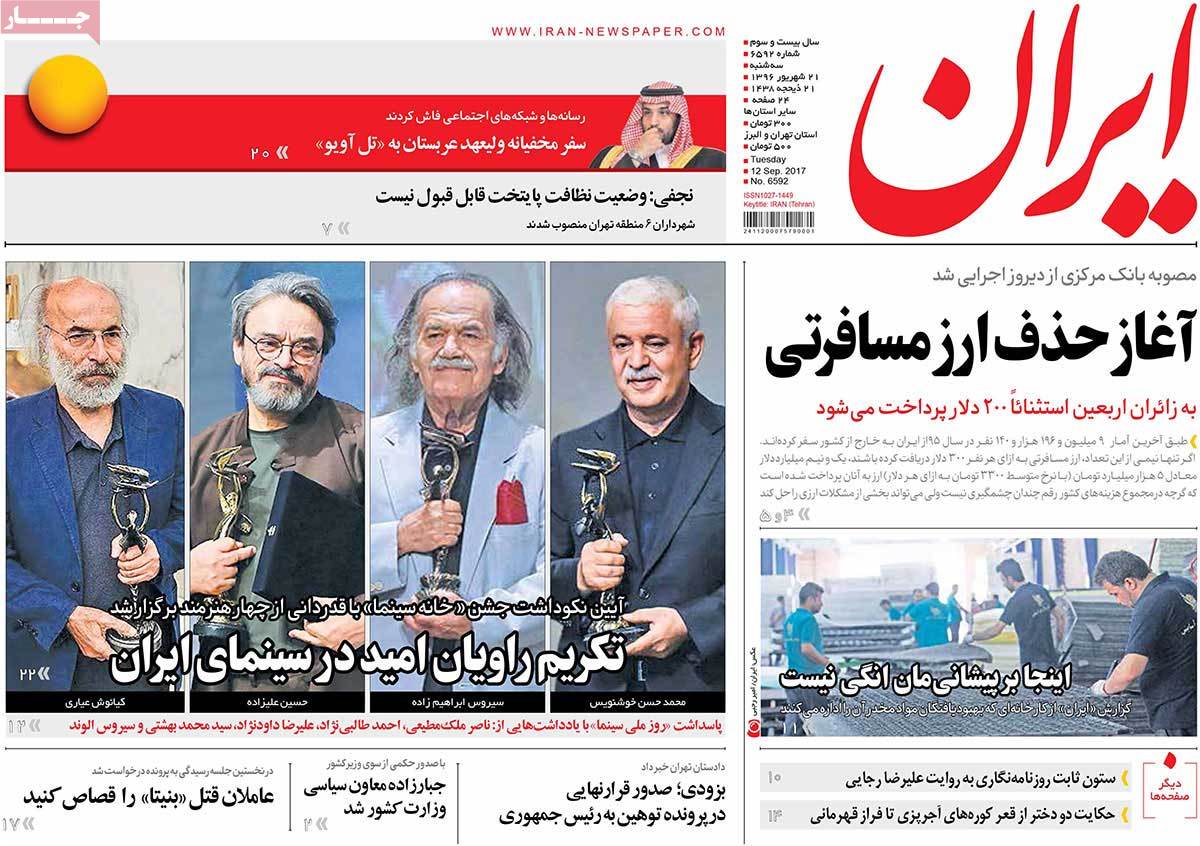 2- US Lobby in IAEA Fails: Iran’s Compliance with JCPOA Confirmed

2- UN: Mass Killing of People in Myanmar Is Ethnic Genocide 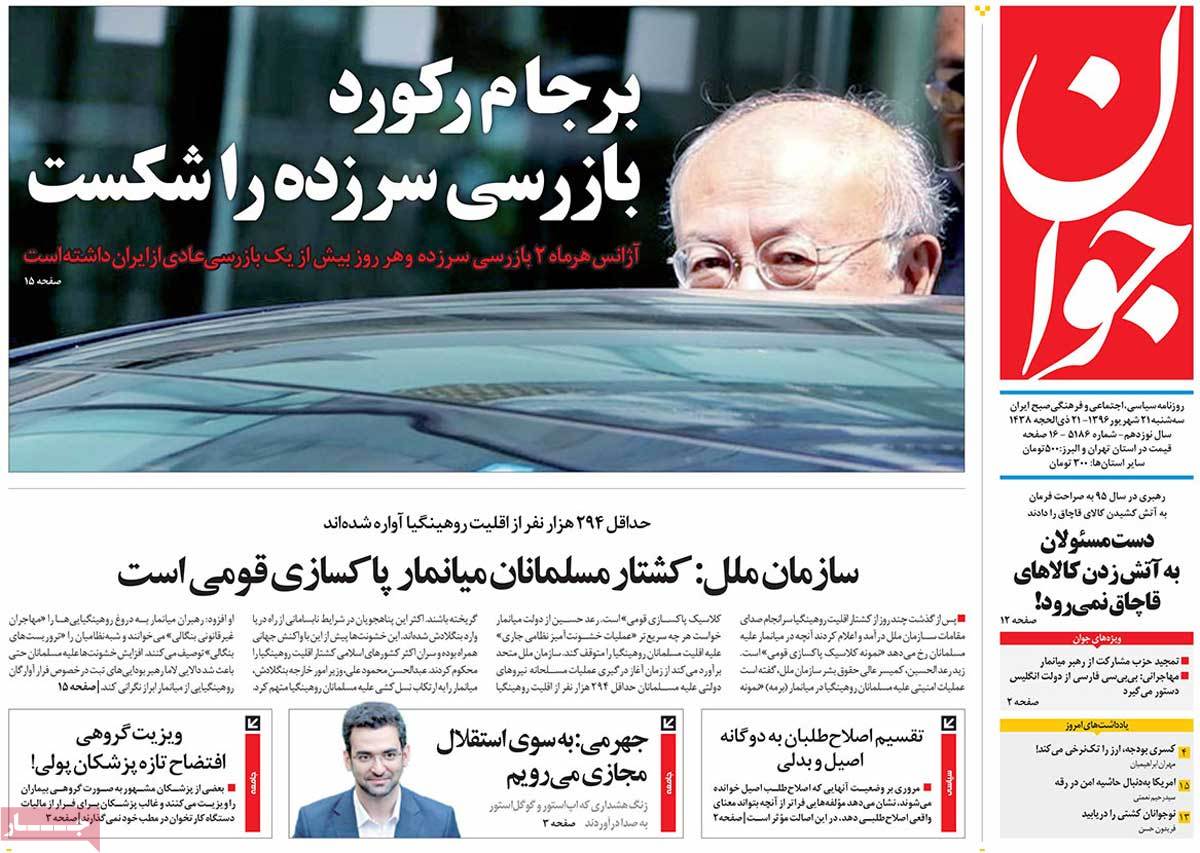 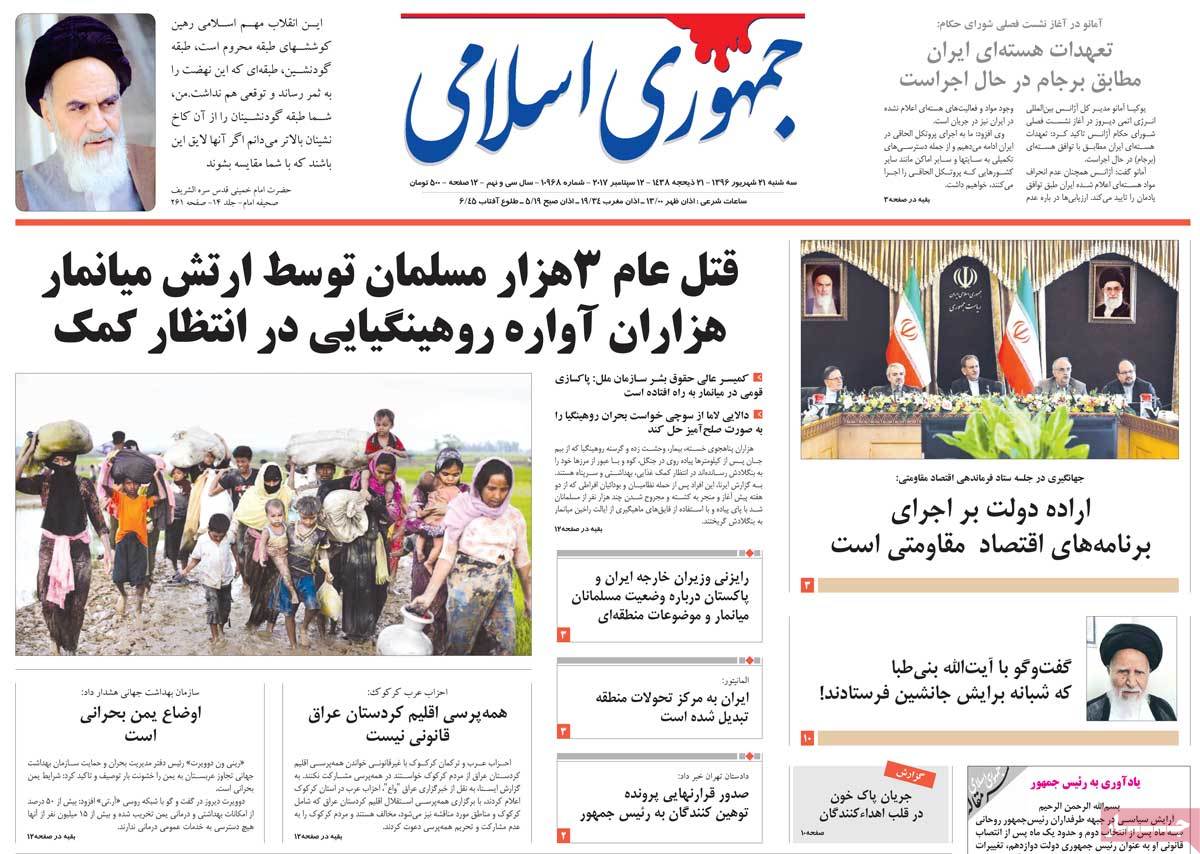 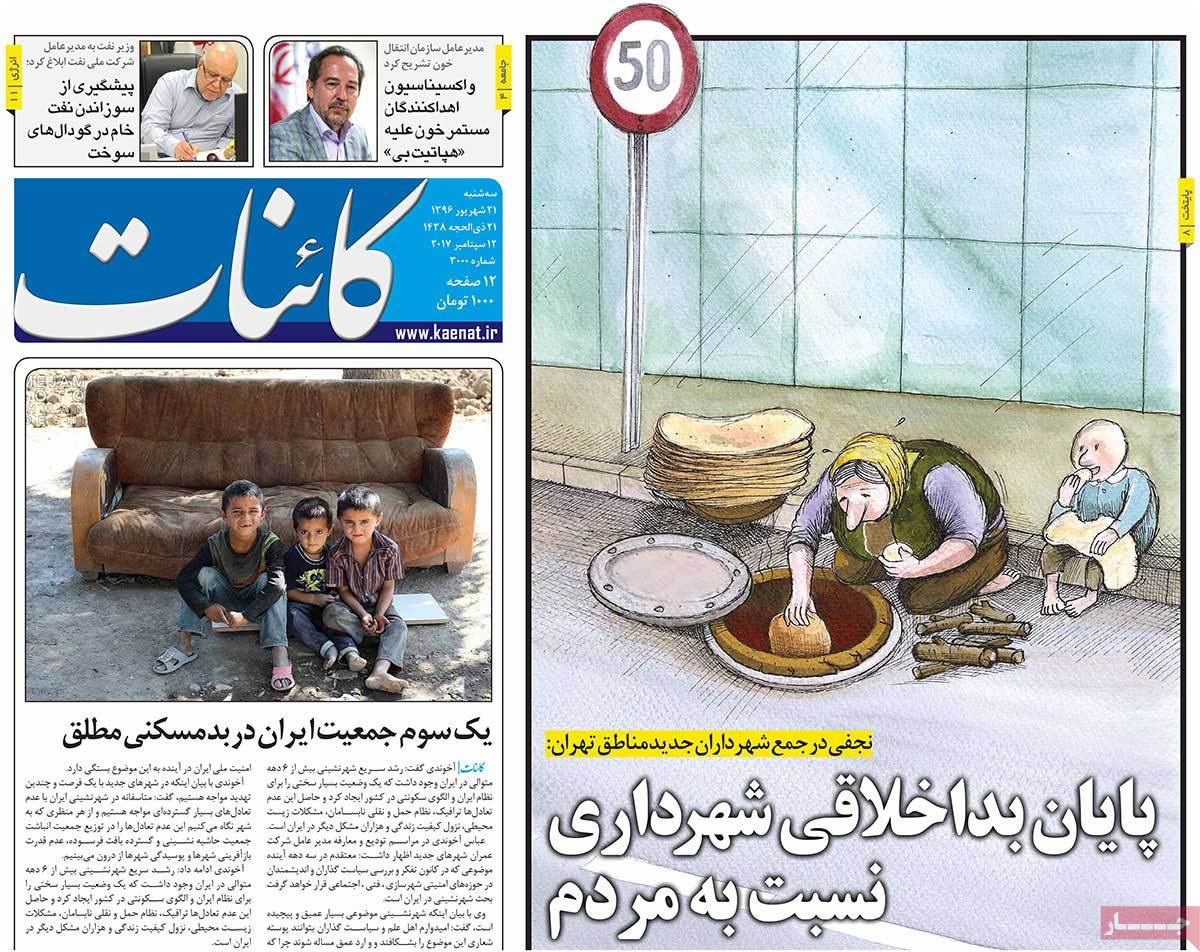 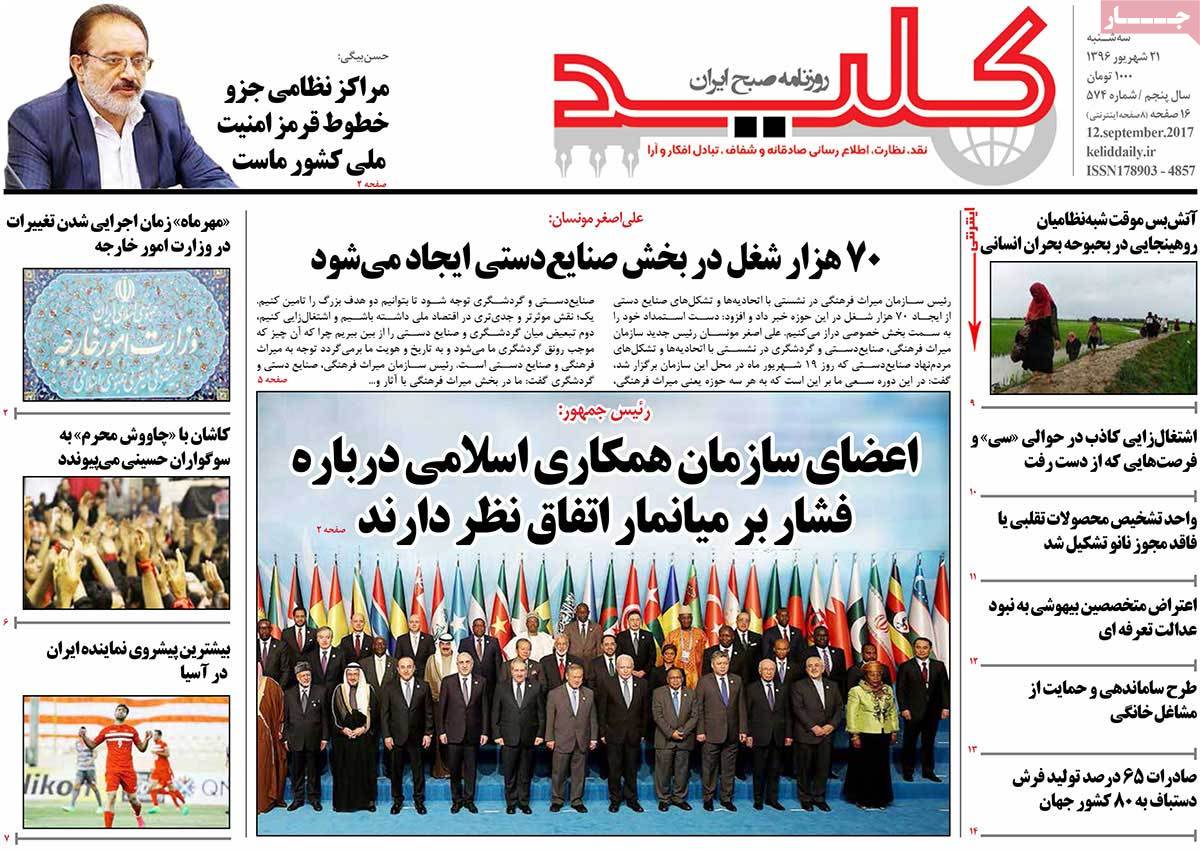 2- 70% Import of Stationary Is Disaster

2- Amano’s Report to Board of Governors: Iran’s Compliance Once Again Confirmed

3- Prosecutor-General: Iranian Fugitive Banker to Be Tried in Absentia