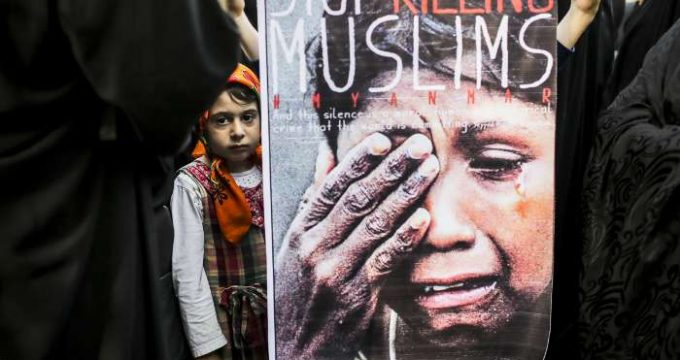 Iranian students protest to atrocities against Muslims in Myanmar

IRNA – Hundreds of university students and professors on Sunday gathered in front of the United Nations office in Tehran to protest to Muslims genocide in Myanmar.

They also chanted slogans against the Zionist regime and US.

Whoever hears the voice of a human requesting for help and remain indifferent is not a Muslim, said the protestors in a statement.

They condemned inhumane measures taken by the extremist Buddhist and the government of Myanmar.

Prior to the 2015 Rohingya refugee crisis and the military crackdown in 2016 and 2017, the Rohingya population in Myanmar was around 1.1 to 1.3 million. They reside mainly in the northern Rakhine townships.

Many Rohingyas have fled to neighboring states. More than 100,000 Rohingyas in Myanmar live in camps for internally displaced persons, not allowed by authorities to leave.