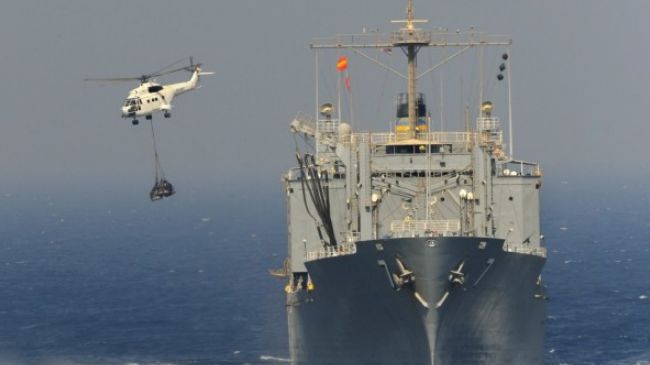 Tasnim– An Iranian commander confirmed reports that the country’s naval forces in the Sea of Oman have warned an American military vessel to stay away from a drowning Iranian fishing boat, saying a recording of the direct radio contact could be released if necessary.

Speaking to the Tasnim News Agency on Monday, Rear Admiral Reza Abbasi said that Iran’s Falakhan missile-launching vessel has warned an American military vessels not to approach a damaged Iranian boat in the Sea of Oman.

A couple of days ago, an Iranian fishing boat, Shams, broke down in the middle of the sea, and Falakhan, which was patrolling the area, was ordered to rush to help the drowning boat, the commander said.

In the meantime, he added, radio conversations between a US warship, known by its number as pc02, and another American vessel indicated that Americans were approaching the drowning Iranian boat.

“Since we are aware of the purposes and the nature of the US fleet’s illegitimate presence in the Persian Gulf and the Sea of Oman, we warned the US warship to avoid approaching the Iranian launch,” Abbasi noted, saying the Americans were told that Iranian forces themselves would handle the situation.

According to the commander, Shams was then saved by the Iranian naval forces and was towed into the port city of Jask.

Asked about the US denial of any confrontation or contact with the Iranian forces, Rear Admiral Abbasi said the Navy would be ready to release the contents of the radio conversation at the discretion of top officials.

In a statement, US Naval Forces Central Command (NAVCENT) has said the coastal patrol USS Tempest, operating in the Gulf of Oman on September 6, heard the distress call of an unidentified small boat about 75 nautical miles from the Tempest’s position.

At the same time the motor vessel Nordic Voyager, much closer to the boat in distress, offered help and had made visual contact with it. The Tempest offered to support the Nordic Voyager which declined the offer, NAVCENT said.

“At no time was there any direct contact between the US and Iranian maritime forces,” Reuters quoted NAVCENT spokesman Chloe Morgan as saying.