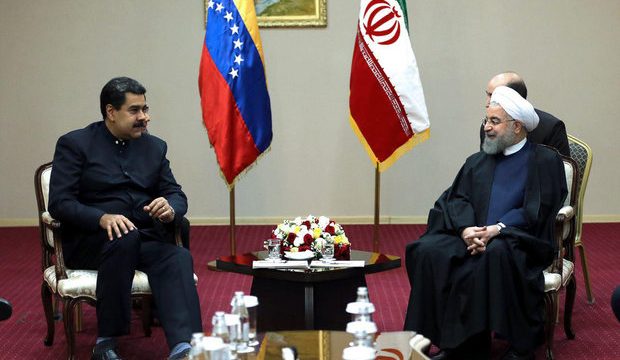 MNA – President Rouhani, at a meeting with his Venezuelan counterpart, stressed the need to expands ties between the two countries and hold meeting of the joint economic commission.

Speaking at a meeting with President of Venezuela Nicolás Maduro on the sidelines of OIC summit in Kazakh capital Astana, President Hassan Rouhani pointed to significance of unity and development of cooperation among independent countries and, while referring to US efforts to interfere in domestic affairs of others, said “we have no doubt that the new method adopted by the US government cannot last for long.”

Rouhani also spoke on developing relations between Iran and Venezuela adding that formation of a joint economic commission between the two countries was an important step in strengthening the cooperation.

The Venezuelan President Nicolás Maduro, for his part, called for further development and deepening of relations between Tehran and Caracas asserting “formation of a joint commission will provide a good basis for exploring new opportunities for strengthening Iran-Venezuela cooperation.”

The official later touched upon the issue of consultation for stabilization of the oil market pointing to his country’s efforts to host a summit with participation of OPEC and non-OPEC members by the end of the current year for crude prices to reach an appropriate level.

“Venezuelan people, especially in the past six months, have witnessed US invasions and interventions, but we will stand up to these pressures by maintaining our unity,” Maduro concluded.