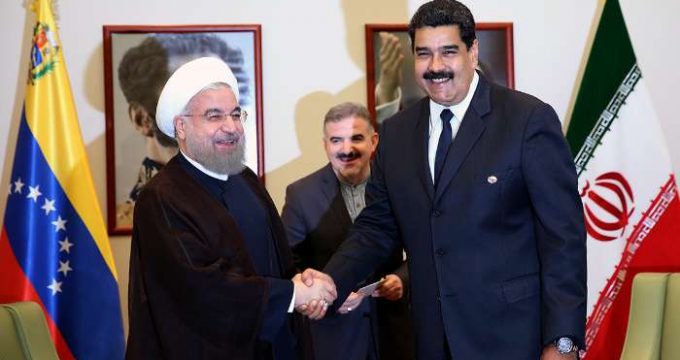 IRNA – The Iranian President in a meeting with his Venezuelan counterpart, hailed efforts by members of the Organization of Petroleum Exporting Countries (OPEC), including Venezuela as well as the non-OPEC members in stabilizing the oil market.

Efforts by OPEC and non-OPEC members to reduce output, prop up the oil prices and balance the market have brought positive outcomes, President Hassan Rouhani said during a meeting on Sunday with Nicolás Maduro, on the sidelines of the Organization of the Islamic Cooperation (OIC) Summit on Science and Technology in the Kazakh capital, Astana.

Rouhani stressed the need for continuation of such efforts.

The Iranian President also called for unity and cooperation among the independent countries to stand against pressures by the United States and Washington’s efforts to interfere in the internal affairs of other countries and sow discord among them.

Referring to the issue of terrorism as a serious problem, Rouhani said the countries in the region that are standing against terrorism, have had great achievements in their fight against the phenomenon.

Now the terrorists are quite desperate in Iraq and Syria, he said.

‘By defeating terrorists, we are going to restrict foreign interventions in the region,’ Rouhani added.

He also urged the need for formation of a joint economic commission to help strengthen bilateral cooperation between Iran and Venezuela.

For his part, the Venezuelan president said the OPEC and non-OPEC members will attend a meeting at the end of the year to negotiate on improving the prices of oil.

President Maduro said that his country is keen on deepening ties with Iran.

Setting up a joint economic commission is expected to prepare the ground for reviewing new opportunities to boost bilateral cooperation between Caracas and Tehran.

Referring to US pressures on his country, Maduro said the Venezuelan people will remain united and stand against Washington’s pressures and interferences.

Members of the OIC, during their meeting today, are also expected to hold talks on the situation of the Rohingya Muslims in Myanmar.

Iranian President, earlier on Saturday, during his meeting with his Turkish counterpart Tayyip Erdogan had called for immediate halt to the violence against the Rohingya Muslims in the country.