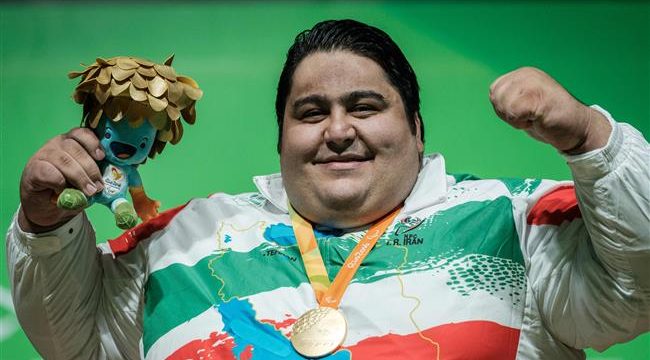 The International Paralympic Committee named Rahman as the world’s Best Male Athlete of the Year during its 2017 Paralympic Sports Awards held in Abu Dhabi’s National Exhibition Centre on Thursday.

The awards, partnered by Allianz, recognise the achievements from last year’s Paralympic Games.

Belarusian swimmer Ihar Boki and Swiss wheelchair racer Marcel Hug were also on the shortlist for the best male category.

Rahman had smashed the world record and won gold at the Rio Paralympics 2016 on September 14.

In his first attempt in the +107kg category, the Iranian Paralympian lifted 270 kilograms and broke the Paralympics record.

The 28-year-old Iranian then lifted weights of 300 and 305 kilograms to smash his own record of 296 kilograms again.

Rahman, who was representing Iran for the second time at the Paralympics, then requested for the weights to be set at staggering 310 kilograms, the equivalent of two baby elephants or a Siberian tiger, outside the three scoring competition lifts, and triumphantly repeated his astonishing success for a fourth time.