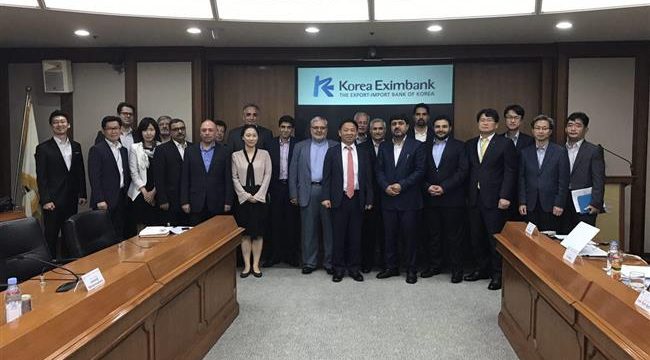 Press TV – Private lenders from Iran and South Korea have signed an agreement to cooperate over banking issue with each other – an agreement which most importantly envisages the expansion of non-dollar trade between the two countries.

The agreement was signed by Ha Yung-ku, chairman of the Korea Federation of Banks (KFB), and Kourosh Parvizian, head of Iran’s Association of Private Banks (IAPB).

It specifically calls for the two sides to share information on banking affairs, provide banking assistance to importers and exporters, and conduct exchanges of financial training.

Parvizian is heading a delegation of Iranian bankers in an official visit to Seoul, Iran’s IRNA news agency reported.

IRNA further added in its report that Iranian bankers had called for the expansion of euro-based trade between the two countries – what it said had been welcomed by South Korean bankers.

In late August, Iran secured an €8-billion credit line from South Korea’s Eximbank – what was seen as the country’s biggest loan deal since the removal of sanctions against it in early 2016.

Accordingly, officials in Seoul said the deal would finance projects in Iran by companies from South Korea.

Officials in Tehran have been lately speaking in favor of measures to reduce the country’s reliance on the dollar as a move that they say would make the Islamic Republic immune to US pressures at times of political conflicts.

Iran has been to the same effect discussing trading in non-dollar currencies such as the euro as well as the mutual national currencies with several countries including Russia, India, Turkey and China.