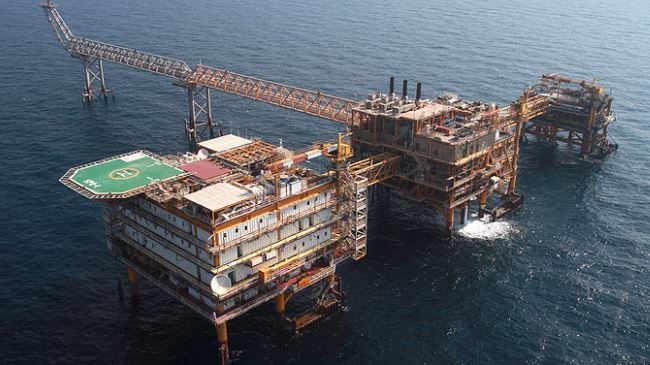 SHANA – Oil represents about 30% of the global primary consumption of energy at the moment but this number will decrease significantly with natural gas rising rapidly, as it is more environmentally friendly, more abundant and cheaper and Iran is well positioned to benefit from the increase in global demand for natural gas, says Flavio Inocencio from Coventry Law School at Coventry University, Coventry, the UK.

Mr. Inocencio, who is a well-established Legal Professional with expertise in delivering legal advice for the commercial/business sector, in particular specializing in Oil and Gas, also believes that the biggest challenge in the short term is the excess of supply of oil in the markets because of the shale revolution in the United States.

“The shale revolution was the biggest game changer in the oil and gas industry,” he says.

The following is Shana’s exclusive interview with Mr. Inocencio about the oil market, and the newly-devised model of oil contracts Iran has introduced to international energy majors for developing its oil and gas fields.

Shana: What are the biggest risks oil exporters are faced with in international markets these days?

The long-term challenge is the decline of oil in the energy mix. Oil represents about 30% of the global primary consumption of energy at the moment but this number will decrease significantly with natural gas rising rapidly, as it is more environmentally friendly, more abundant and cheaper and Iran is well positioned to benefit from the increase in global demand for natural gas.

Shana: What are the biggest emerging oil, gas and petrochemical markets in the world?

In terms of emerging markets for petrochemicals, Asia will be the most important market, particularly China, India and other emerging nations in the region.

Shana: What do you think are the market challenges for oil producers especially members of the Organization of the Petroleum Exporting Countries (OPEC) in the coming years as new sources of energy are being introduced to the global energy market?

The challenges for OPEC are the decrease of oil in the energy mix and the increase of competitiveness of other sources of energy such as natural gas, as previously stated. OPEC represents about 35% to 40% of global production of oil and gas and in the long-term this number will significantly decrease.

Another challenge will be the development of shale resources (oil and gas) outside of North America in potential markets such as Argentina, Mexico, Russia and China. The development of these resources can have a bigger impact on the price of oil than the shale revolution in the United States, which is still a net importer of oil, although not of natural gas.

For OPEC, another problem is the lack of coordination between its member countries because of geopolitical differences and the fact that some countries want to pursue market share such as Saudi Arabia and the Gulf States, while others prefer higher oil prices.

Suffice to say that pursuing market share can only be achieved with low oil prices and this is unacceptable for many countries in the organization. The problem for countries that want to pursue high oil prices is that in the long-term this stimulates the demand for other sources of energy and decreases the market share of OPEC and oil in the energy mix. That has always been the problem of OPEC since it’s founding in the Baghdad Conference in 1960. The crisis in 1986 when Saudi Arabia pursued a unilateral strategy of market share reveals this problem and the decision not to cut production in 2014 was also an example of these two contradictory policies.

Shana: How big a challenge do you believe renewables can cause for conventional oil suppliers? –

Renewables are still quite insignificant in the energy mix if we look at their contribution in the overall energy mix and they are about 2 to 3 % of the primary global energy consumption according to the date of the International Energy Agency.

But they are growing very fast and in some countries they will have a bigger impact, particularly in small countries such as Denmark that have increased subsidies and tax incentives to increase their supply. The big question is whether renewables can grow fast enough globally in the emerging markets such as China, India as in small countries. In my opinion it will be difficult.

In the next decades, oil will decrease in the energy mix, but this decrease will be compensated by different sources of energy and not just renewables. And natural gas is one of them, and although it is part of fossil energy, it is the perfect bridge fuel for the transition towards more clean sources of energy.

Shana: Given the vast economic potentialities in Iran, are you among those who believe the country would better cap its oil wells and start focusing on other areas like petrochemical industry or export of agricultural stuff and handcraft?

No. I think Iran should take advantage of the full potential of its hydrocarbon resources. But in my opinion, Iran needs to give priority to natural gas, as it will grow very fast for the reasons I mentioned before. Natural gas can also be used for production of electricity and it is quite cost effective and in that sense it has a huge advantage over oil. It is the perfect bridge fuel. As to the petrochemical industry, Iran has a huge potential that needs to be fulfilled. I am a supporter of beneficiation (the policy of exporting natural resources by adding value) and Iran needs to develop its petrochemical industry, but this doesn’t mean that it should stop exporting crude oil and natural gas.

Shana: Do you think devising a new model of contracts was necessary for Iran? –

Yes, I do. Iran has traditionally adopted Risk Service Contracts and their structure is not as attractive as other model contracts used in other countries such as Production Sharing Agreements (PSAs) and Joint Ventures. In Risk Service Contracts, NOC (National Oil Companies) pay IOC (International Oil Companies) for services and they do not own part of the oil and usually IOCs appear only as contractors. This structure tends to be not very appealing to IOCs and that’s why countries such as Mexico have recently created a new model contract called Profit Sharing Contract to move away from Risk service contracts.

Another important point is that Iran needed to offer better fiscal terms to attract major oil companies such as Total in the South Pars project. Fiscal terms are basically the division of oil and gas resources between IOCs and NOCs in the contracts and they are the most important feature for foreign investors. This division is known in the industry as Government Take vs. Company Take.

Shana: What do you think are the benefits of signing the new deals for both Iran and foreign companies? –

The main benefit is the increase in exploration and production of Iranian hydrocarbon resources. Iran needs foreign investment in the sector to increase production and cannot develop these resources in a timely manner by just relying on its internal resources.

Another important benefit is the signal that the signing of these new deals sends to potential foreign investors. This means that Iran is willing to provide attractive terms for foreign investors in the industry. This cannot and should not be understated as Iran is clearly punching below its potential considering that it has the 4th largest oil proven reserves in the world and the 2nd largest natural gas reserves in the world.

Considering the lack of foreign investment (FDI) in the last decades in the country, Iran was not able to adequately develop these resources.

Foreign Investment can bring necessary capital and skills that are lacking in Iran and with good partnerships Iran can modernize its industry and the National Iranian Oil Company (NIOC) and in the long term it should be able to export its expertise abroad. Iran has good technical universities and institutes and can achieve much more than many countries in the region.

Shana: As a major oil producer for nearly a century, do you think Iran should have developed this model of oil contracts much sooner? I mean, is it the right time for the contracts?

Yes. Iran should have developed more attractive model contracts sooner in order to attract necessary foreign investment. But as I said before, the most important feature is the fiscal terms and they need to be good enough to attract interest from IOCs. Iran needs to adjust its policies and be more pragmatic.

Shana: What are the most powerful countries in providing content of contracts? What countries are more advanced in dealing with foreign companies in oil and gas industry and why?

In my opinion, the most successful countries are the ones that adopted Production Sharing Contracts or Joint Ventures and offered good fiscal terms for IOCs. An IOC decision to invest will be determined by how much money they make but considering that an oil and gas project, it is an investment that usually lasts for a decade or more, IOCs want countries that can provide fiscal and contractual stability for the long term. This is fundamental and this was the mistake of many countries in the past.  Examples of countries that were able to provide this were Mexico, Azerbaijan, Kazakhstan, Angola, among others. The model contract for all of these countries was a variation of the the Production Sharing Agreement first used in Indonesia in the 1960s.

Shana: In cementing deals with foreign companies, what risks would Iran have to face?

Iran needs to consider not just the financial returns for the country, but it needs to make sure that IOCs transfer technology, know-how and adequately trains Iranians in the sector. Iran also needs to negotiate a deal that carefully balances the interests of the IOC and that of NIOC.  Iran would need to create local capabilities in the NIOC in signing new contracts, as one of the goals of Iran should be the modernization of NIOC. Iran needs to offer good fiscal terms as Iran is competing with other countries in the world and in the region.

Iran also needs to consider the geopolitical risks that can affect the Final Investment Decision (FID) of an IOC as many of these companies although private can be influenced by their home governments.

Shana: Is it enough for a company to be an energy major not to be considered as a potential threat for Iranian companies in signing deals with?

I don’t think so. But as I said before, Iran needs to consider the geopolitical risks when it is designing its legal and fiscal framework to attract investors in the industry and independent oil companies don’t have as much influence in their home countries and Oil Majors and as I said as well Iran needs to be pragmatic and realistic and perhaps attracting big IOCs is better than independent Oil Companies.