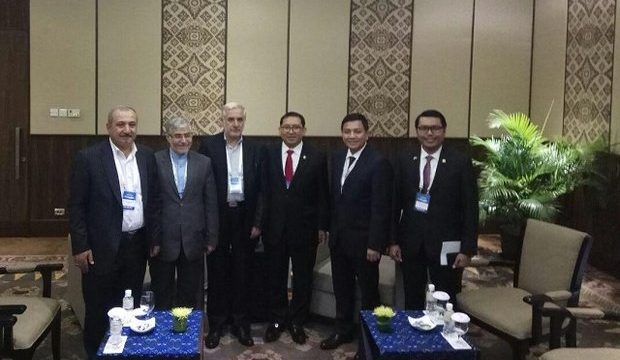 MNA – On the sidelines of World Parliamentary Forum on Sustainable Development in Bali, Iranian parliamentary delegation held separate talks with delegations from Indonesia, Pakistan and Bolivia on bilateral and regional issues.

During the meeting with the Indonesian side, Nobandegani stressed that the presence of the two countries in various regional and international communities would be a good opportunity for coordinating positions and boosting cooperation in line with the interests of the Islamic World.

In a meeting with the Bolivian parliamentary delegation, Nobandegani voiced Iran’s readiness to cooperate with Bolivia in the fields of oil, gas, petrochemicals and dam construction. 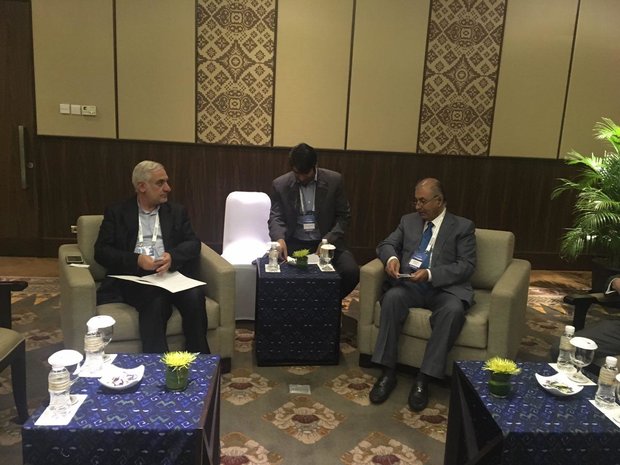 Nobandegani also held talks with a Pakistani delegation on the sidelines of the World Parliamentary Forum in Bali, during which he called on Pakistan to expedite the process of completing a much-delayed pipeline project. Iran has completed work on its side of the pipeline and is waiting for Pakistan to finish it.

The head of the Pakistani delegation, for his part, hailed Iran’s stance in support of all Muslims in the world, calling for the adoption of a common position in defense of the oppressed Rohingya Muslims in Myanmar.

The two-day World Parliamentary Forum of Sustainable Development kicked off Wednesday morning in Bali with speakers and MPs of 47 countries, including Iran, in attendance. In addition to MP Jamali Nobandegani who headed the delegation, Jalal Mahmoudzadeh, member of Iranian Parliament Committee on Agriculture, as well as Valiollah Mohammadi Nasrabadi, Ambassador of the Islamic Republic of Iran in Indonesia are also present at the event.