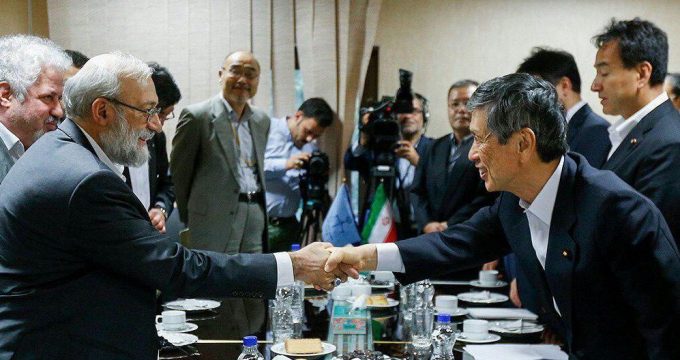 IRNA – The 2015 Iran nuclear deal with the major world powers showed all those countries accusing Iran of militarizing its nuclear program that the Islamic Republic is not intended to produce nuclear bombs, said the head of the Iranian Judiciary’s Human Rights Council.

Mohammad Javad Larijani, during a meeting on Tuesday with Masahiko Komura special envoy of Japanese Prime Minister, said that Washington and its allies should know that Iran knows no limits to further its access to peaceful nuclear science and technology within the framework of its commitments under the nuclear deal, known also as the Joint Comprehensive Plan of Action (JCPOA).

Admitting positive impacts of human rights talks between the two countries, the Japanese side voiced interest to boost bilateral legal and judicial cooperation.

Larijani and Komura expressed readiness for holding joint workshops on the two countries’ judicial and legal systems and sharing experience in the field.

Komura, former Japanese foreign minister, for his part, hailed Iran’s stances on the international scene as well as the nuclear deal reached between Tehran and five world powers, saying that Tokyo regards the landmark international deal as very significant.

Larijani also elaborated on Iran’s principled stance on prohibition of producing, stockpiling and deploying nuclear weapons by all countries.

Iran will never be the first to abandon JCPOA but it will answer violations of the deal by other parties, he said.