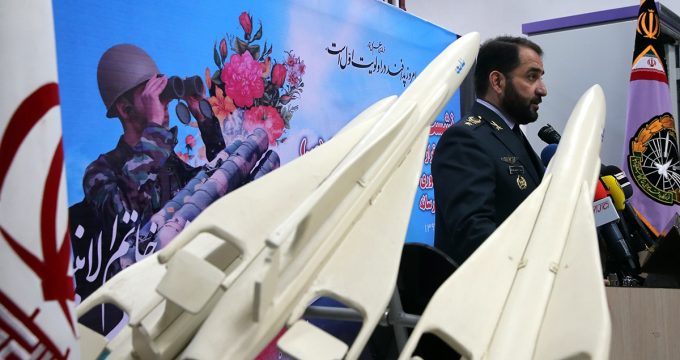 Iran has acquired the expertise to carry out all maintenance and repair work on its naval watercraft, a deputy defense minister said.

Iran marks the anniversary of the 1981 assassination of former President Mohammad Ali Rajaei and then Prime Minister Mohammad Javad Bahonar in a massive bombing in Tehran. The attack was orchestrated by the MKO terror organization. Our correspondent reports.

A parliament report on the Jan. 19 collapse of an ageing high-rise in downtown Tehran has found seven entities responsible for the tragic incident in which 16 firefighters lost their lives trying to contain the flames.

In his Hajj 2017 message, Leader of Islamic Revolution Ayatollah Khamenei called for an immediate end to domestic wars in Muslim countries and urged more attention toward creating unity and saving Palestine.

Iran’s Ambassador and Permanent Representative in the International Atomic Energy Agency (IAEA) Reza Najafi said that the entity’s new report on Iran’s compliance with nuclear deal reveals that US officials’ rhetoric and media hype has not impacted its verification activities and reporting on the case.

Iranian President Hassan Rouhani said it is the Islamic Republic’s unwavering policy to promote relations with all African nations, South Africa in particular.

Foreign Minister Mohammad Javad Zarif wrote on his twitter Saturday that IAEA’s verification of Iran’s compliance with the Joint Comprehensive Plan of Action (JCPOA) is based on terms of agreement; not the ulterior motives of the US officials, nor lobbyists.

Khatam al-Anbia Air Defense Base Commander Farzad Esmaili recounted on issuance of warning to U2 and RQ4 spy planes on March 21 and August 26, 2017.

The petrochemical companies operating in Mahshahr Special Petrochemical Energy Zone (Petzone) will launch 7 infrastructure projects in the region by the end of the current Iranian calendar year to March 20 2018.

With Japanese companies looking at upstream tender opportunities in Iran, Japan’s Ministry of Economy, Trade and Industry (METI) says it has requested an 11% hike in its budget for acquiring exploration and upstream development-stage assets in fiscal 2018-19.

Iran has discovered a new iron ore mine in the central city of Yazd, estimated to hold 2 billion tonnes of reserves with iron content of 70 percent, an official says.

The secretary general of the Lebanese Hezbollah resistance movement has praised the victories recently achieved by the movement’s fighters and army soldiers in the fight against Daesh Takfiri terrorists, stressing Lebanon’s soil has been fully liberated from the extremist elements.

Photo of a one-eyed Yemeni girl, the lone survivor of a recent brutal airstrike by Saudi Arabia, has gone viral, setting off a wave of solidarity on social media networks.

Iranian Foreign Minister Zarif says that the improvement of the situation in Syria provides an opportunity to work out a political solution to the Syrian crisis.

Dara Khosrowshahi, the Tehran-born CEO of Expedia Inc., has been picked as the new chief executive of the embattled ride-hailing startup Uber.

According to Scopus website’s report, Iran’s rank in growth of scientific articles reached first in 2016, while it was 10th in 2016, said an Iranian science and research official on Monday.

Iranian film ‘Abji’ (The Sis), directed by Marjan Ashrafizadeh, won the Best Film Award at the 13th edition of the Action On Film International Film Festival in the USA.

Iranian media are reporting that 12 female students have been killed in a road accident in the country’s south.

World’s strongest Paralympian Siamand Rahman is ready for another showdown in the world stage.