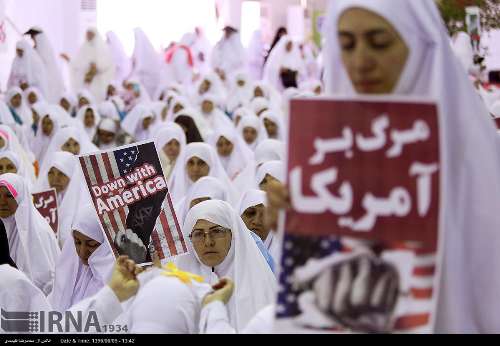 Iran sends pilgrims back to haj in test for broader dialogue

Reuters | Mahmoud Mourad, Bozorgmehr Sharafedin: Iranian pilgrims returned to haj this year for the first time since a deadly crush in 2015, in what could be an important confidence-building measure for dialogue on other thorny issues between Iran and Saudi Arabia.

Nearly 800 people were killed, according to Riyadh, when two large groups of pilgrims arrived at a crossroads east of Mecca. Counts by countries of repatriated bodies showed over 2,000 people may have died, including more than 400 Iranians.

Iran’s Supreme Leader has said his people would never forget that “catastrophe”, but President Hassan Rouhani suggested a trouble-free haj this year could help build confidence in other areas of dispute between the arch-rivals.

So far, Iranian pilgrims say they are satisfied.

“To be honest, the Saudis are doing a great job, working hard to deliver the best service,” said Pir-Hossein Kolivand, head of Iran’s Emergency Medical Services.

“The 2015 incident happened because of mismanagement, but Saudis seem to have fixed that,” he told Reuters in a phone interview from Mecca.

Iranian pilgrims participated without incident in the symbolic stoning of the devil on Friday, the riskiest part of the haj because of the large crowds involved, an Iranian journalist accompanying them said.

All told, more than 2.3 million pilgrims are participating in the five-day ritual, a religious duty once in a lifetime for every able-bodied Muslim who can afford the journey.

Rouhani said Tehran had sent pilgrims to haj based on Saudi promises of safety. He said he still lacked confidence in Riyadh but hoped it would build goodwill.

“If our pilgrims come back satisfied, and if Saudi Arabia’s behavior is within religious and international frameworks, I think the situation would be more convenient to resolve the issues,” he was quoted as saying by state news agency IRNA.

Relations between Shi‘ite-led Iran and Sunni power Saudi Arabia are at their worst in years, with each accusing the other of subverting regional security and supporting opposite sides in conflicts in Syria, Iraq and Yemen.

Iranian protesters stormed the Saudi embassy in Tehran in January 2016 after a prominent Saudi Shi’ite cleric was executed, prompting Riyadh to close the embassy.

Saudi Arabia and several other Arab governments severed ties with Qatar in June, citing its support for Iran as one of the main reasons. Iran accused Saudi Arabia of being behind deadly attacks in Tehran claimed by Islamic State, something Riyadh denied.

Until now, no Saudi report on the 2015 crush has been published, and the bodies of dozens of Iranian victims remain unidentified.

Family members of 11 Iranians whose bodies are still missing are traveling to Mecca later this year for DNA tests, an Iranian official said.

Dozens of Iranians clad in traditional white clothes and a distinctive red mark arrived in orange buses on Thursday at their encampment in Mount Arafat.

Pilgrims who spoke with Reuters, many with previous experience at the haj, say their facilities and treatment by the Saudi authorities are better than in past years and include air conditioned tents.

“The way that security handled the Iranian pilgrims until now has been good,” said Samir Shuahni, an Iranian journalist with the delegation.

“This is what I’ve noticed for the nearly month that I’ve been in Mecca and Medina: there is good cooperation and the pilgrims are moving freely.”

Iranians said the Saudi authorities had asked them not to hold a traditional Shi‘ite prayer in an open space in Medina, citing it as a potential target for Islamic State militants.

Such restrictions have not troubled Iranians still in shock from the IS attack in Tehran which killed at least 18 people.

“I think that is reasonable,” said Mahdi Hadibeh, an Iranian photographer in Mecca. “Iranians are holding the ceremonies separately in their hotels.”