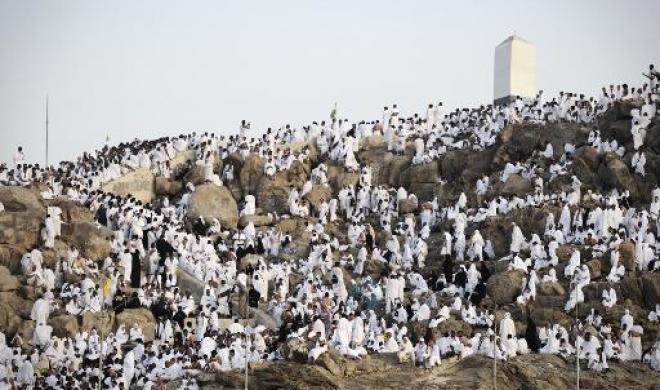 AFP- Over two million Muslims from around the world began gathering Thursday on Mount Arafat for the highlight of the hajj pilgrimage in Saudi Arabia’s Mecca.

Helicopters flew around the area as the faithful converged from dawn on the surrounding Mount Arafat plain and the hill known as Jabal al-Rahma — or Mount of Mercy.

Dressed in white, the pilgrims could be seen climbing up the sides of the hill and taking up positions to pray on rocks already heated by the morning sun.

On the concrete pathways linking the plain to the hill, they invoked God as they walked with their palms facing the sky.

Others rested in makeshift tents or on sheets along the side of the road.

The second day of the hajj, a must for all able-bodied Muslims who can afford it, is dedicated to prayer and reflection.

Arafat is the site where Muslims believe the Prophet Mohammed gave his last sermon about 14 centuries ago after leading his followers on the pilgrimage.