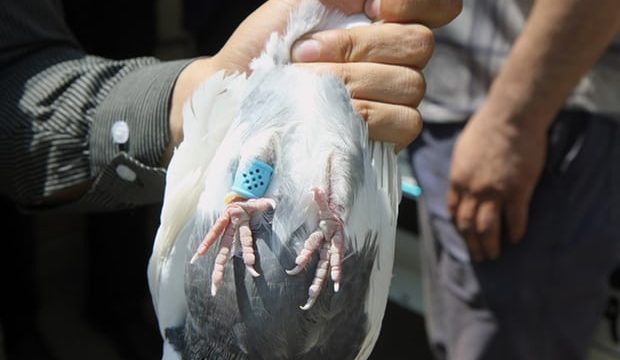 According to Irna, the use of birds to transport recreational substances is unprecedented.

A young population and an abundance of cheap, addictive substances, many coming over the border from Afghanistan, pose a twin challenged to Iranian authorities. Almost 3 million Iranians are estimated to be addicted to drugs, out of a population of 80m.

“The individual involved in selling drugs would put the substances in the boxes attached to the legs of these pigeons, which were trained to deliver them to another location in Kermanshah,” Irna said, citing a local judiciary official. “Up to 100 drug-smuggling pigeons have been seized by the police.”

Pigeons are significant in Iranian culture and poetry. Pigeon racing was a popular tradition, and some in rural areas and smaller cities still participate in the sport, holding vast numbers of pigeons on rooftops or in their garden.